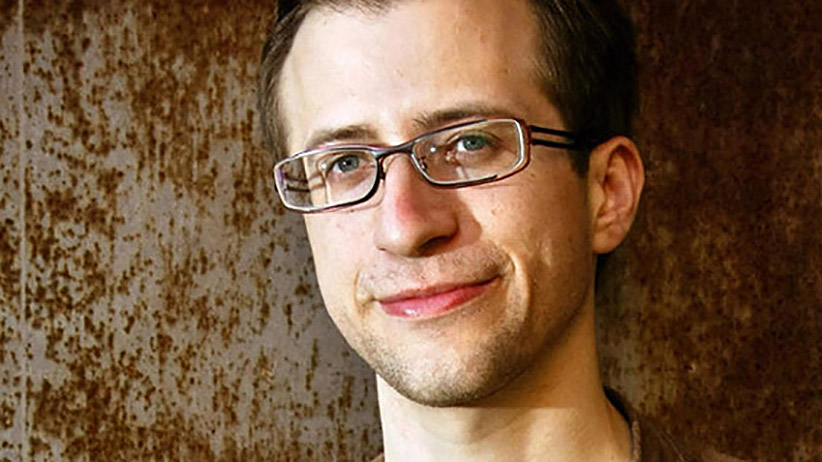 Jon Lech Johansen is from Norway, land of the Vikings. Like them, he is a pirate; unlike them, he has less than a thimble full of testosterone. Like the high school jocks who now bag (and teabag?) Maddox‘s groceries, old-school knuckleheads have gotten their comeuppance. The virtual ocean (and therefore the world) is now navigated by propellerheads, and DVD Jon’s code-writing trifecta of 1) Allowing DVDs to be viewed on his Linux laptop; 2) Circumventing Apple iTunes’ anti-copying technology; and 3) Only last month, cracking Apple’s AirPort Express that broadcasts iTunes tracks to other stereo gear is the most impressive trilogy since EvilDead, EvilDead 2, and Army of Darkness. Needless to say, Jon is not the apple of Steve “Rim” Jobs’ eye; nonetheless, he deserves his own pirate photo.

While “So Sue Me” is not quite as catchy as “The Best Page in the Universe,” Jon’s blog at www.nanocrew.net/blog contains quite a bit of useful information (read: code), as well as links to his trial for the DVD thing, for which he was acquitted. It seems that Europe’s version of copyright control contains a loophole that is not included in the U.S.’s DMCA (Dumbasses Must Control Access) promoted by the RIAA (Rape and Incest Association of America). [Note: DMCA actually stands for the Digital Milennium Copyright Act and RIAA is the Recording Industry of America.] An interesting twist is that a “legitimate” company, Real Networks “hacked” into iTunes in order to make its songs playable on the iPod. Of course Apple is pissed because they were building a nice little monopoly.

In the conflict between open access and protecting corporations, guess which side the government is on? Taking a page from the Orwellian “War Is Peace” lexicon, the GOP-controlled Senate is trying to push through a bill called the “Pirate Act” that would give Hack Asscroft and the Justice Department the power to sue and “investigate” suspected copyright infringers. Wait a minute; they stole the term “Pirate” like they did “Patriot.” Orrin “Booby” Hatch is leading the charge. Remember him? He’s the genius who suggested the federal government “zap” or destroy the computers of file sharers.

When I was in college, I violated copyright law by recording every album I could get my hands on onto cassette. I even recorded movies off HBO onto the Betamax. But “The Man” didn’t feel quite so threatened because of the tape’s inferior quality and the obstacles to redistributing it widely. If I had the time, passion and bandwidth during the past couple of years, I imagine that I would be one of the 500 or so people prosecuted for copiously downloading music. I could even be a cellmate of Sabuj Pattanayek, a 21-year-old Duke U student who was sentenced to 41 months in federal prison for his role in pirating and sharing tons of software, games, music and movies through the “DrinkOrDie” warez group. Instead, I have only hundreds of cassettes melting in my car, collecting cat litter dust down in the basement or being unspooled by my three-year-old son.

Speaking of my three-year-old son, he’s a fan of this Australian musical group called The Wiggles. These guys aren’t exactly hurting for cash as they’ve sold more than 10 million DVDs and videos in the U.S. alone. Sort of like a swishier version of The Monkees targeted at toddlers, they came here on tour last year and charged $30 per ticket, full price for my two-year-old. Then they try to sell you vinyl backpacks assembled in Singapore sweatshops for 20 bucks! I almost have to pirate their material to balance things out, right? Speaking of pirates, one of the characters on The Wiggles is this gay blade (“butt pirate” would be too offensive) named Captain Feathersword, who can’t stop tickling the boys or repeating the phrase “Blow Me Down,” not that there’s anything wrong with that.

There is wiggle room in these copyright issues because once media is purchased, the owner holds “fair usage rights.” That is why DVD Jon got off, I mean, was acquitted, because he cracked the code to play DVDs on his own laptop, and then simply shared the open-source code. No intent to pirate and redistribute could be proven. The same can be said of iMusic: Why shouldn’t consumers be able to play the songs on any software and any stereo that they choose? Apple allows a song to be copied five times after it has been purchased, but why shouldn’t it be 50 and why should they have a monopoly? It’s because they’re paranoid about it being replicated 5,000 times and sold on Canal Street. So the corporations try to build a better mousetrap, but they’re dealing with a rat, a piRATe.