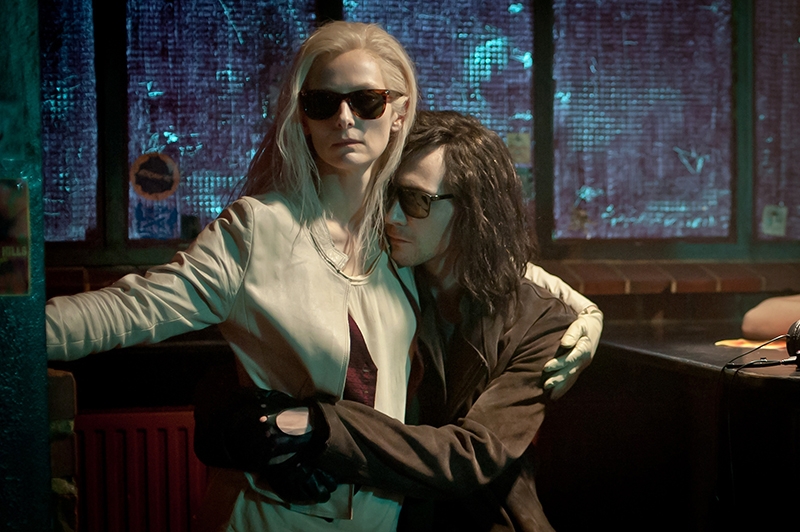 One Train May Hide Another: an Interview with Jim Jarmusch

“I love getting lost in a place I don’t really know—it’s something very freeing. Instead of anxiety, like some people have, I feel so free to be lost,” says Jim Jarmusch. “I like to follow instincts, and oddly enough, it’s a kind of discipline. My little game of ‘get lost and don’t know where you are’ is a process for me that is very helpful for my imagination.” Most know Jarmusch as an influential writer-director of American independent cinema, boasting an interlacing filmography of artistic, counter-culture films like Dead Man, Ghost Dog and The Limits of Control since the release of his debut full-length, Permanent Vacation, in 1980 as a 27-year-old grad student at NYU. The man is a sub-cultural icon, eschewing the mainstream to create rewarding works of art that long to be close read. Raised on Jean-Luc Godard and New Wave cinema, nurtured through adolescence by Kenneth Koch and the New York School poets, and slow diving into the future with the support of ATP Recordings and a handful of relevant musicians, Jarmusch’s intellectual repertoire is expansive and continuing. Much like his films, the man has the ability to lose himself in the present details, while retaining an impressive understanding of the past. Perhaps it was subconscious self-reflection that materialized the filmmaker’s latest character creations: a couple of incisive, decades-old vampires in his upcoming release, Only Lovers Left Alive.

“My interest was, ‘Wow, if you could be alive that long, imagine what your perceptions would be like and all the experiences you’d have.’ Your knowledge of things would be incredible, if you could remember it all … Just having an overview of history that way was very attractive to me,” says Jarmusch. Only Lovers Left Alive is the filmmaker’s addition to a long history of vampire mythology in both literature and film, and he’s versed on the great and obscure. Jarmusch links his characters’ British roots to “The Vampyre,” a poem written by Lord Byron’s physician, John Polidori, in 1819, the first time vampires appear in literature. Film-wise, he cites Carl Dreyer’s Vampyr, first and foremost, claiming it’s more of a poem than a monster movie. “I like the ones that walk outside the margins, that follow the genre in a way, but they’re not just following the Bram Stoker Dracula idea,” he says. “Of course, Nosferatu is an incredibly great film as is the universal Dracula with Bela Lugosi as well, but those are the ones that meet the expectation, and I like the ones that are traveling outside the mainstream.”
Only Lovers Left Alive, before anything else, is a love story between Adam (Tom Hiddleton) and Eve (Tilda Swinton). “Ours isn’t a horror movie … they just happen to be vampires. The thing I love about vampires, too, is that they’re not monsters, they’re humans that have been transformed,” says Jarmusch.  “Even Nosferatu is not purely a monster—there’s a sophistication to him.” Adam and Eve are such altruistic vampires, in fact, that acquiring blood the more traditional and fatally seductive way is considered retro and obscene. He describes his characters eloquently, calling them both wild, but saying, “ … [Adam’s] the guiding sunlight of the film, [Eve] the golden light of reason and intelligence … She’s very happy to have the gift of her consciousness—it’s something very fragile and beautiful to her—and he is too, but he’s a little more romantic in a way, tortured a little, somehow.”
The filmmaker is known for being somewhat incestuous in his use of cast and crew members, and Swinton is quite obviously a favorite actor, and a good friend. According to Jarmusch, Only Lovers Left Alive might have remained in the shadows had she not kept the project going despite the film’s languid start and precarious financing. The part of Eve was written with her in mind from the beginning. “It’s good to work with people you know, but you’ve always gotta remember there’s people you don’t know who are amazing that you might get a chance to meet and work with, too,” says Jarmusch, who also gushed over French cinematographer Yorick Le Saux, production designer Marco Bittner Rosser and editor Affonso Gonçalves, all of whom he worked with for the first time on this film.
Other than using children’s digital cameras from Toys “R” Us for The Raconteurs’ “Steady, As She Goes” music video in 2006, Only Lovers Left Alive also marks Jarmusch’s introduction to shooting digitally. “I’m a film person. I love the magical thing of film, which is, first of all, light affecting chemistry on the surface of the film material, and then light passing through the print when you project it that creates this magical world of light and shadow,” says Jarmusch. “Now, digital is a different kind of magic: It’s numbers being translated. So, my first thing is that I don’t like digital, and I don’t like MP3 sound, and I like analogue sound and vinyl and cassettes … but at the same time, I believe in these things as tools, and I love technology—I just love the old stuff, too.” However, all of his qualms about digital, including the neverending depth of field and unnatural skin tones in daylight, didn’t end up applying when shooting Only Lovers because it was mostly shot at night. Shooting digital ended up being more efficient, as the desired effect in a scene could be achieved with very minimal lighting, among other benefits. “I found great strength in [digital] even against my own prejudice,” says Jarmusch. “So it turned out to be quite a magical tool for what we were doing and very helpful. It changed my preset dinosaur obsession with film, and now I’m more open.”
Jarmusch’s creative process is incredibly free-flowing, reflective of his self-proclaimed motto: “It’s hard to get lost if you don’t know where you’re going”—which is one of the many reasons why his films stand out. When beginning production for 2009’s The Limits of Control, for example, he didn’t even have a script—just a lot of ideas that were collected along the way. Only Lovers Left Alive started with a full script, but veered from it often. “I have this one chance in my life to be in this place, shooting this thing, with these people, so I’m going to shoot as much as I can think up,” says Jarmusch.  “I have to do that because I don’t know what I’m doing—I know that I will figure it out in the editing room … You have to listen to the film, and that’s just my way to capture everything I can … ”