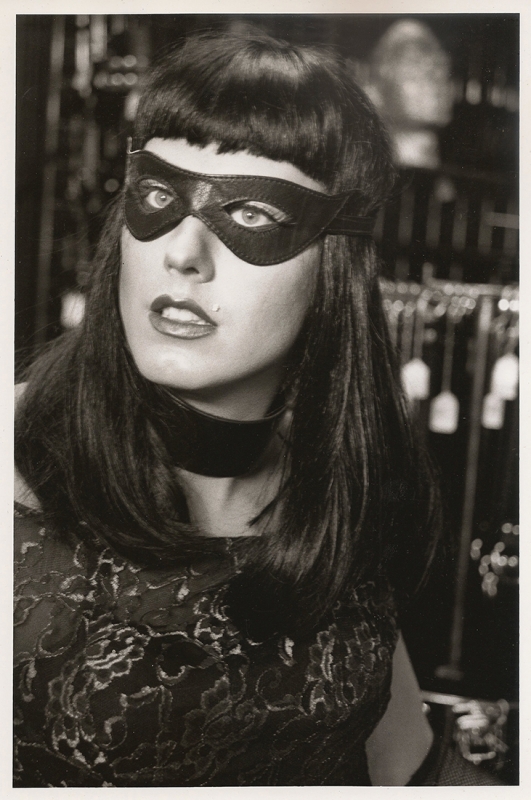 Marriage is a bit too 50 Shades of Gay for the curious Princess Kennedy. Photo courtesy of Mark Sadeghian.

Princess Kennedy: 50 Shades of No Way!

So, Hell froze over: Gay marriage in SLC—who would have ever thunk? It came so out of left field that it shocked even the most seasoned of us politicos. Now, that fuckhead new Attorney General is trying to screw it all up. Did they learn nothing from California? Sure, take the right away, but face millions in lawsuits—somehow, it’s better to pay out those millions rather than accept the money from the 1,300-and-something people who bought marriage licenses.

How many people do you know who got hitched in those first couple days of the marriage madness? I know far too many—just because you can doesn’t mean you should. Again, just like in California, there were a lot of impulse nuptials and when the first wave of divorces started there, they weren’t ready for it and it caused a whole other set of problems for the unhappy couples.

It’s crazy to me that anyone would go out and spontaneously get hitched—these things have to be well thought out. Do I want to give half my stuff to another? No! I can’t picture myself walking a shih tzu, fighting over the remote, wanting to stab someone because they leave the seat up or squeeze the toothpaste wrong, drink OJ from the carton, etc.—and the deal-breaker: This will be the last person I fuck, forever!

Most long-term-commitment gays I know have the open relationship clause in their cohabitual contracts, meaning that they can fuck around and choose to not talk about it, or it has to include the other person and/or can’t include friends. Part of me gets it, but if you’re getting married, the clause is bullshit. I think that if you take the vows, you should be forced to stay together for all time and have to use those stupid married-people helpers to keep up the spark—like the cards that say things like “explore my body with your tongue.”

As a single person, I love the freedom I have to do what/whomever I want, and that is the major reason that you won’t be attending this tranny’s wedding anytime soon. I love my FWB relationships and not being tied down. Well, that’s kind of a lie—I have a fantasy (a very small one) of being tied, not so much down, but up. As a bachelorette, I have the wherewithal to explore every and any fetish that I want, and for this Valentine’s column, in honor of the 50 Shades of Grey craze, I thought I would explore the crazy bondage scene.

That book is pretty tired. I was hoping from the way it was being marketed that it would have some totally hot love scenes, but alas, coming from the group of disgusting friends I have, it was really “fur handcuffs and riding crop” tame, with silly harlequin romance lines like, “When he slipped his boxers down, his raging hard manhood sprung forth”—so lame.

I decided to take it a step forward and really give the married set something to blush about. I contacted the “Christian Grey” of Northern California (we’ll call him Xtian Black). Mr. Black was very excited about helping me out with this article—he told me it was about time people got to see the real side of it. In his email, he told me the best thing to do was to come down to Monterey to the Stay and Play, a hotel in NorCal that’s specifically for the S&M set. This type of play really isn’t my thing, but hell, I can release all of my inhibitions for one night and give into my wilder side for the sake of hard-hitting journalism—that is, till he sent me a link to what I could expect from our session. I wasn’t thinking this through clearly.

The website filled me in. I would be referred to as a submissive sissy slut, and my one duty was to be a cock-worshiping whore, and my sissy slit was his to do with as he pleased. I was there to do whatever I was told, and if I felt I would have a hard time, that I was to download a bunch of audio installments that would essentially hypnotize me into submission. I would be expected to service my master in whatever way he wanted, including but not limited to whippings, pee play (and worse), bondage, degradation, deprivation and the acknowledgement that any resistance on my behalf would bring on more severe punishment. Fuck that!

Suddenly, my naughty fantasy became this picture in my head of me in some sleezy motel, anally bleeding, with my tits duct taped, a noose on my junk and tied to my ankles, elbows bound, in a sling, covered in urine, being called a sissy whore. In what world is that hot? I promptly emailed my Daddy Dom Xtian and told him that, upon further inspection of my duties as his sissy slut, I had come to the conclusion that I am too punk rock (and secure) to put myself in that situation. “In all honesty, Mr. Black, if someone talked to me like that in everyday life, they’d be liable to get a broken bottle ground into their face,” to which he replied, “Wow, you’re a bitch and I like that. Ever thought about being a dominatrix?”

The truth? My thoughts on the subject are limited in the same way I think about marriage—how good I’d look in the costume.