Very recently, during a spring-cleaning fury, I was reorganizing the bookshelf and came across an old journal. It wasn’t any old journal, but the log I kept when I was 23 and did a study abroad in Paris. 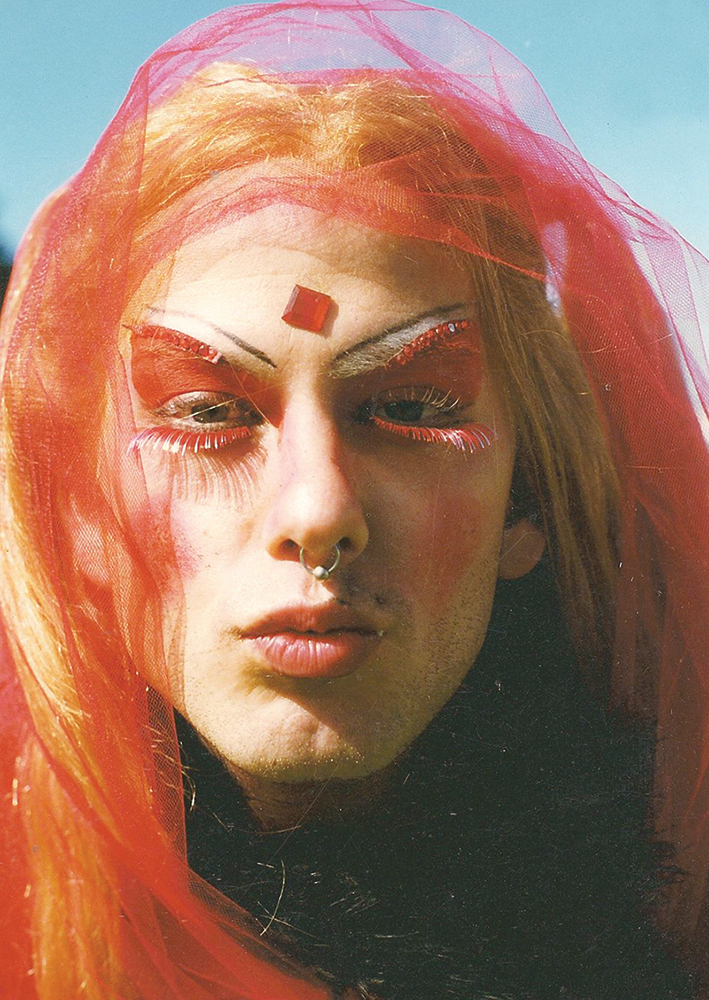 One thing I absolutely love about writing my SLUG column is that I’ve been able to document some of my life experiences—something I wish I had done  more regularly in the past. I’m constantly being reminded of some amazing things I was able to experience.

Very recently, during a spring-cleaning fury, I was reorganizing the bookshelf and came across an old journal. It wasn’t any old journal, but the log I kept when I was 23 and did a study abroad in Paris. I hate to fess up to this, but feel I must—the year was 1993. Yep, 20 years ago! If you can’t believe it, how do you think I feel? It was a magical time and one that has never been far from my mind.
I plopped in the Victorian club chair next to my big, black bookcase and started to delve into my own past through the journal. Like an alien abduction, four hours disappeared. I just sort of sat there in a dream state, experiencing it all over again. Who was this person? I felt like I was reading someone else’s personal thoughts—the feeling I’d get after reading my sister’s diary. I felt embarrassed at how stupid I sounded or acted at times, and amazed at how well I knew myself and what I learned that I still carry with me.
I’m going to share a couple of my entries from that summer abroad, but first, the prologue: I had just finished at the U and was doing an internship. Most of what I did was shop, fuck boys and sunbathe by the Seine. Most embarrassingly, I was a HUGE candy raver, and almost immediately latched on to this god-like creature named Michele. He was the big X dealer on the scene, and my summer consisted of one roll after another, but ‘twixt and ’tween the haze were moments of clarity, like this one.
July 27, 1993 – 9:55 p.m.
Yesterday I stayed all day with Michele but now it’s the next day and I’m learning a big lesson so I better write it down. Being a minority sucks, and right now I feel sorta…lost. I’m hanging out with Michele and his friends and trust me, I don’t need to understand the language to know Im basically some players current fuck. I’ve been hanging around him and his friends now for a couple months and I just don’t speak. I get this creepy feeling like I’m some sort of ghost, like I’m not even in the room, just watching. Michele tells me his friends like me, but how could that be possible? I’m just the person that’s standing, lounging behind or making out with their friend.
I sit and listen and watch all of them engulfed in conversations about food and wine and sex and all I can get is a key word or phrase I understand, which isn’t much, again makes me think I’d be wise to stop ditching French lessons to hang out with *sigh* Michele.
How did this happen? How did I get so involved in his life in such a short time? I told myself NO BOYS this summer! Ya right! I’m in France mother fucker and this is something I’ll never forget; coming back home to America and leaving my heart in Paris, star crossed lovers divided by borders, but DO I want that? To think that just last week I was at the American embassy applying for a long stay visa and writing letters to people in SL that I wasn’t coming back and to start sending stuff. Oh well, the only one I don’t regret sending was the one to quit my job, I hated that fucking hell hole anyway. I better make a call to mom and Shane [best friend circa ’93] to warn them of the posts to come.
What was I thinking? Okay, from here on out no more rash decisions. What happens when I DON’T have anyone to stand behind? I need to promise myself that the only thing I stand on is my own two feet. I’m in charge of my own destiny and from this point on, people lounge behind me.
Holy shit! I just successfully cracked my first joke in French and everyone laughed! What a great feeling! I wanna keep it, salute.
July 28, 1993 – 6 a.m.
Same night as usual. We raved our brains out in the basement of some totally right on art gallery all night and took ecstasy, ‘cept this time I did what they call candy flipping––X and acid, whoa! I loved it, of course.
It was kind of romantic as I fell behind then stopped and watched Michele and his rowdy friends fade and eventually disappear down Rue St Dennis, knowing this would be the final memory of my Parisian lover…
I think it’s time for me to start immortalizing some of my history and life lessons. I’ve started compiling some of my past (I revile the sound of “memoirs”), and, at the risk of sounding pretentious, will try to get them published. As people get older, there becomes this incredible need to leave a legacy—and who the fuck cares if mine’s all about partying?
Photos: