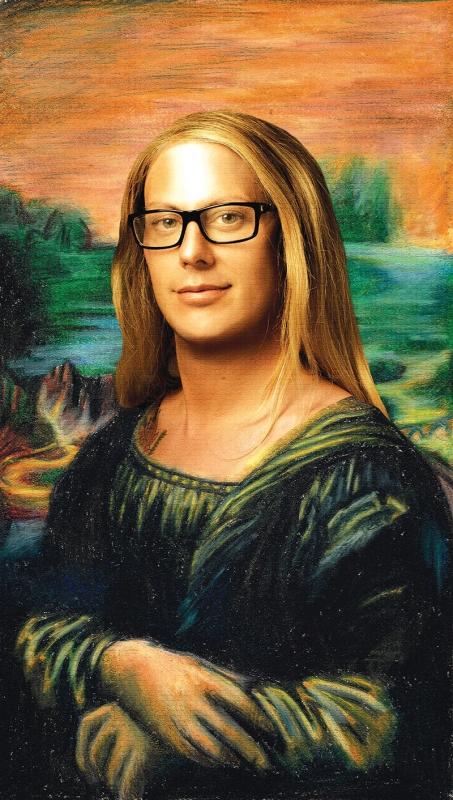 One thing you didn’t know about the Princess is that she’s severely dyslexic. Actually, I didn’t even know this until well into my 20s, when my mother sent me a folder stuffed with my kindergarten assignments. More than half of what I spelled was backward, including my name, and not only was it backward, but some of the letters were written backward. This suddenly made a lot of sense to me.

“MOM, what the—?! Didn’t you notice something was wrong?” I called and asked. She replied like I had told her I had rickets: “Oh honestly, we didn’t have that back then.” Didn’t have dyslexia back then? Really? I’m sure they did, but for some reason, teachers weren’t equipped to deal with it or really care, I guess. For years, I was terrified of being called on to read and spent my time daydreaming and not paying attention, ‘cause as we know, my dyslexia came with the ever-popular ADD. In fact, the only way they dealt with it “back then” was to just hold you back a grade (you were stupid) and that’s just what they did to me when I was 10—they made me repeat the fourth grade.
Flash forward to now: I no longer write letters backward and I’ve self-medicated my ADD, learning to use it to my advantage like millions of adults before me. I still suffer from some of dyslexia’s repercussions, like spelling three-letter words backward all the time: tac or nur. Other constant errors include “beacuse,” tow vs two, to and too, and the whole le/el thing at the ends of words. Let’s not even get into sounding out shit like drought or thought. I read that in places like France and Italy, there isn’t even a word for misspelling because it doesn’t exist. In fact, the concept was so foreign to my friend Lucca that he couldn’t comprehend that it was a problem. In Italian, they have 33 letter combinations to spell 20-something sounds, but English has almost 1,200 letter combinations to spell 44 sounds. It’s a wonder we learn to spell at all.
OK, so I made it through school, even got a batch–a bacto–a B-A-A-CHA … FUCK, a degree from the U, without spelling skills, and then, suddenly I’m faced with the scrutiny of today’s adult version of reading aloud in class: Facebook. Oh, jeez! If I’m feeling particularly emotional, my writing can read as some sort of cryptic war code, especially on a rant telling someone what a douche bag they are. The worst are the people who feel the need to publicly humiliate you for it. First off, if this is you, let me tell you what a fuckhead you are. If you are that passionate about it, go be a first grade teacher––then you can be mean to children. You’re only impressing yourself. To the rest of the world, and especially to me, it does nothing but prove that there is some lack of fulfillment in your world, that you are white (and probably racist) and classist (and probably bitter that you don’t belong to a higher station than you were born in). And guess what, dum-dum, spellcheck ain’t a perfect tool. No one will ever care that you have good grammar past 12th grade, and most of all, I write professionally … and it KILLS you! You might want to think before you mark up my profile page with your imaginary red pen, because I also found in my research that people with learning disabilities have a higher degree of violent temper due to frustration, and I’d hate to accidentally bump you into a mosh pit with me at a club …
I’ve stopped really posting anything that needs a lot of written words––a good 90 percent of my life on Facebook is photos via Instagram. What I also found in my research is that a high number of dyslexics with my same or similar set of challenges were artists of some form: Agatha Christie, F. Scott Fitzgerald, William Faulkner––I even found that not one but tow editors of the Chicago Sun Times were horrible spellers. It seems that my gift––or lack thereof––might be my pass into the literati elite. What do you have in common with John F. Kennedy, Einstein, Franklin, Churchill and my favorite, da Vinci? He wrote the notes on his famous invention sketches backward, used “erratic” spelling and even had ADD. Whether his writing was a choice for secrecy or art or whatever, it seems that my talents are just being discovered. My kindred masses and I can be writers, politicians and artists. The world is our oyster, and those of you with perfect grammar and penmanship should think before you judge those of us who can’t change the way our brains work because, quite frankly, I’m a step closer than you to having my literary accomplishments become a “Mona Lisa.”