SLUG Mag Soundwaves
Episode #399 – Scott Lippitt
00:00 / 17:04
Spotify Stitcher
RSS Feed
Share
Link
Embed
Here is my hope for my fellow revelers/readers: This year at Pride, be your fiercely real self. I’m shouting out to everyone—gay, straight, whatever—Gay Pride is not only a celebration for us to be us, but for you to be you in your most real self. 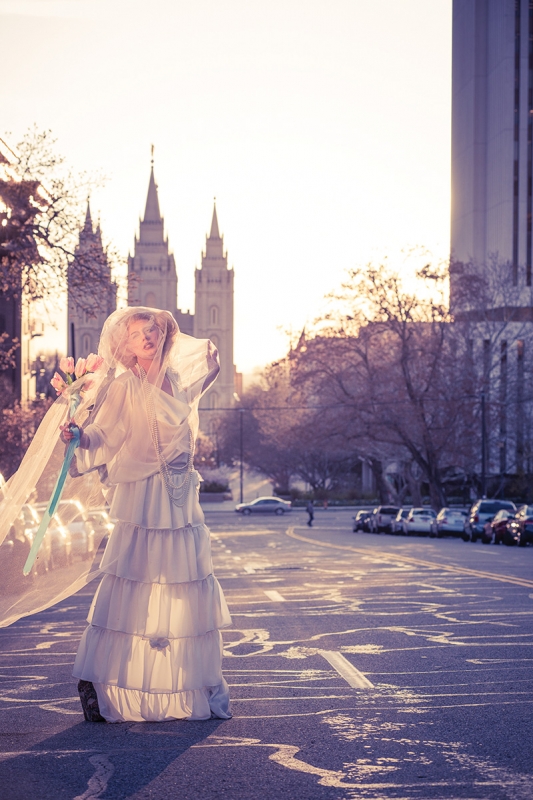 “Real” is the theme of this year’s fête: Gotta Be Real, Be Equal! Real what? I like to think that the Pride themes are pulled out of a hat or off an iPod playlist with other gay anthems like “We Are Family,” or “Let’s Have a Kiki.” Now, that would be real! I think it’s very smart because it makes for a better parade to have a theme that is left up to interpretation.
There is only one thing I would change: the wording. It’s a little dated. I get it comes from the 1978 song by an obscure chanteuse, Cheryl Lynn, and though we will never know why the song became a staple on the gay jukebox, I think it has roots in New York with the Ballroom scene, as in Paris is Burning. The queens freely throw around the term “fierce realness,” and THAT is what I would have used—an underground and even gayer twist to the phrase …”street,” if you will.
In the film, the term seems to be reserved for when one is talking about a passing tranny, with curves and smooth skin, hair, voice—you know, like me. But it goes much further. For example, you can “throw some fierce realness” down on someone, whether to dis them or simply tell them how it is. The Pride Center explained to me that they chose the theme because it “conveys the sentiment that equality must be exemplified in words, laws, deeds and actions to truly make a difference …” and with the equality measure that is so prevalent on our minds right now, everyone is throwing down their fiercely real opinion.
Let’s be real—what year are we in? The thought that someone can still get fired from their job because they’re gay is outrageous. Why the fuck would you care? Don’t even get me started on the marriage equality issue. I cannot believe there is still such a stink over such a stupid issue! Someone posted on their FB wall that, though they don’t have a problem with gay people, gays don’t have to be so emotional and angry towards people who feel marriage is a right reserved for …  OMG don’t make me finish this sentence! Are you for real?! We asked nicely once, has history taught us nothing? Do we have to stage mass suicide in some Homeo and Julie-nutt fashion to let the world know that people will be with who they wanna be? Get over it, for real! Don’t we have bigger issues to deal with in America? Hello, Tranny, it’s North Korea calling.
P.S.: Not all of us want to get married, either. I, for one, am the consummate Bachelorette—tried, true and confirmed. The only reason this one would even consider the thought would be for the pomp and circumstance: the disgustingly fierce couture dress made by the finest French house, a rock the size of Texas, (princess cut, of course), the party, the food, the drink, presents, the attention! However, the first day back from the honeymoon, I’d be totes over it—just being real, but the photos of me looking like a Galliano model … they are forever.
Here is my hope for my fellow revelers/readers: This year at Pride, be your fiercely real self. I’m shouting out to everyone—gay, straight, whatever—Gay Pride is not only a celebration for us to be us, but for you to be you in your most real self. Let your freak flag fly, muthafucker. If you have any compassion for what we face as a group of human, American, begrudgingly tax-paying individuals who have to face a grind of daily bullshit to be treated as equals, then come hang out with us.
Start your weekend out with me on Friday, May 31 as I special guest with Kerry, Bill and Gina on X-96’s Radio From Hell show. I’m going to fill you in on where all the best parties are happening, plus give you the rundown on the whos and whys of the marches and Pride history. On the day itself, make sure you save a spot to come get your drink on at The Green Pig across the street from the festival. They have a lovely rooftop patio, and I will be hosting “Rooftop Realness” with DJ Flash & Flare all afternoon long, and it’s FREE.
Mostly, I want each and every one of you to come and be mine (and SLUG’s) parade contingent. SLUG has a huge voice in the community—come help us give some fierce realness. Go “like” SLUG on Facebook. We’ll be posting details soon.
Have a real fun, real safe Pride.
Photos: