00:00 / 20:24
Spotify Stitcher
RSS Feed
Share
Link
Embed
Not too long ago I received a letter in my inbox from McCarty Talent. It was an agent who, as it turns out, I knew from San Francisco and has relocated to SLC. Fernetta Gingerback, as I knew him, told me that there was a role that I was born to play and that I should contact the agency ASAP for the exciting details about the production and audition. That was the huge turn off. When I hear the word “audition,” I instantly get sweaty and clammy, because that word translates to “rejection.”

Princess Kennedy: I Ought to Be in Pictures 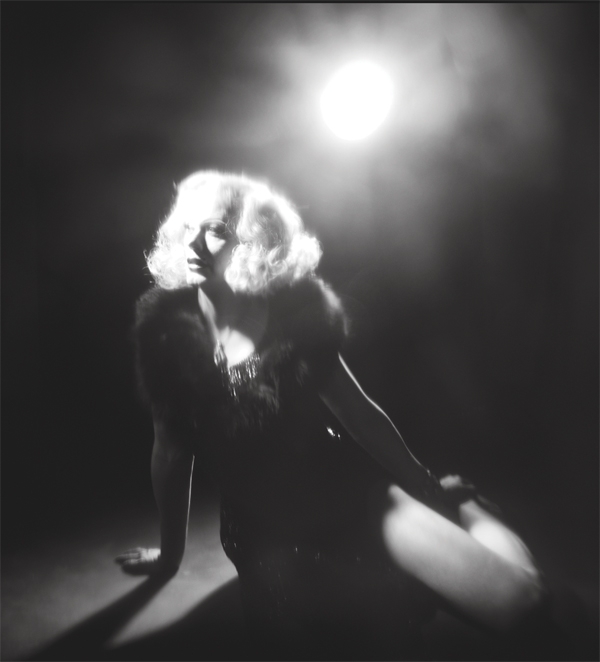 Not too long ago I received a letter in my inbox from McCarty Talent. It was an agent who, as it turns out, I knew from San Francisco and has relocated to SLC. Fernetta Gingerback, as I knew him, told me that there was a role that I was born to play and that I should contact the agency ASAP for the exciting details about the production and audition. That was the huge turn off. When I hear the word “audition,” I instantly get sweaty and clammy, because that word translates to “rejection.” I promised a long time ago that I would only take a role if it was offered—I spent too much time in this life trudging from agent to audition once upon a time, and the whole thing left a bad taste in my mouth.

I ignored the email and got wrapped up in deadlines, actually forgetting the offer until I came across it a couple days later. I read it again and thought to myself, “PK, it’s not about burning bridges. You’ve got to call ’em and thank them for thinking about you, and politely let them know your interests no longer lie in the silver.” I got someone on the phone, and before I could get out my apologies, they talked up the audition—like they all do—for this TV Christmas special and said I better get my ass in gear because the audition was in two hours.

“Fuck that,” I thought to myself. “You are crazy if you think I’m going to get myself all up in X-Mas tranny drag at 11 in the morning on a Thursday and drag my ass to the corner of 2100 South and nowhere to do the pony song-n-dance to be told, ‘NEXT!’”

After a good half hour of hoeing and humming on the couch, I decided that since I am constantly searching for Princess-specific adventures to write about, auditioning for a TV show was just such an opportunity.

I did it. I threw on the sexy red satin D&G cocktail frock I own for holiday revelry, re-curled last night’s bar hair and threw on a face, and before you know it, I was singing  “Jingle Bells” in front of a camera, making for the silliest, fastest and easiest audition ever. While waiting for the cab, I started grilling the casting agent for the 411 on the production, pumping him for info only a highly skilled journalist could retrieve. Amid my questioning I could see that look in the agent’s eye: I had charmed him and my confidence had piqued his curiosity as to what else I could show them. It’s the key to getting a callback to an audition.

As soon as I got in the cab, I immediately called Ms. Gingerback to inform him that it was the easiest 10 percent he would ever make, because I bagged the audition and it was a no-brainer for them. I mean, basically, I was just going to play myself. After I found out it will be produced by ABC Family, air on ABC and come with a SAG (Screen Actors Guild) salary, I was hell-bent on getting the part—Momma needs a new face!

I was starting to think my streak was at an end when I hadn’t heard from anyone in four or so days. I emailed the agency and did exactly what I never do—I let them know I was dying to know the status of my stardom. I was immediately called back to inform me of the call-back with directors and producers in hand, which, for all intents and purposes, meant the part was mine. At this meeting I found out who was the star of the film, but I won’t divulge in case I get the Spelling of her last name wrong. Ironically, she was also the star of the only gig I was turned down from at the last second after being hired. It was a zip code show, and on the finale episode I was to play a joke stripper. I lost the part due to my chest tattoo—at the time it was too alternative, and the mostly black piece is too hard to cover.

I started to think of the other productions I’ve been in—some mainstream, like Rent, the motion picture. I have been featured in many independent films, winning a couple awards for stuff—like for one called The Stoke, I got best comedic performance at the Brazil Film Festival. Oh, and the time that I was on an episode of Jerry Springer for “He-She Love Confessions.” These, mixed with my one-time music endeavors, probably add up to at least 15 hours of fame. That’s enough for me to convince myself that someday, I can add a Golden Globe to my shelf of trophies.

Needless to say, I got the part. I spent a fun-filled week being a glamorous TV star with a trailer and craft services. I hob-knobbed with B-list stars. It was very exciting, and the biggest thing I’ve done to date. I will tell you all about it next December. In true Hollywood fashion, I had to sign a confidentiality clause, and, like I said, Momma needs a new face.