Quite simply, a kiki is a party where you sit around with your besties and talk shit on people. It’s part of a vintage gay dialect created in the ’80s among the ghetto fabulous ballroom culture. In the heyday of these "Paris balls" in the late ’80s, a Ms. Jennie Livingstone thought it would be interesting enough to make a documentary called Paris Is Burning, and I, for one, am glad she did, ’cause it’s one of the most important pieces of documented history of gay subculture.

Princess Kennedy: My Kiki is Burning! 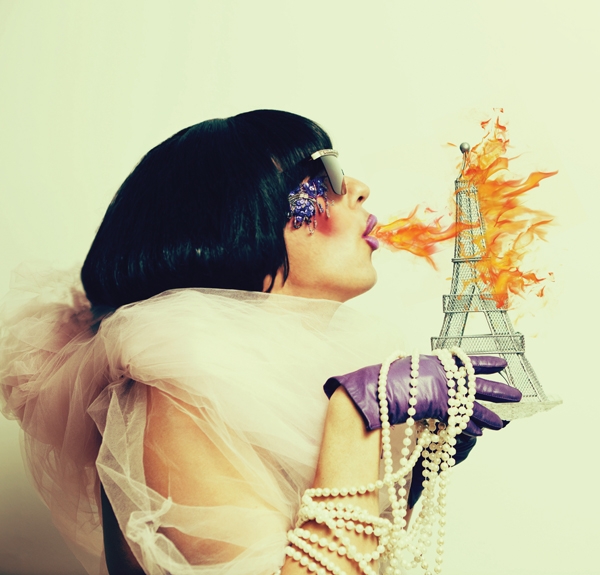 Join Princess Kennedy for a kiki at Brewvies on Nov. 15 at the screening of Paris Is Burning. Photo: Brent Rowland Photo Edit: Maggie Zukowski

“A kiki is a party, for calming all your nerves.
We’re spilling tea, and dishing just desserts one may deserve.
And though the sun is rising, few may choose to leave.
So shade that lid and we’ll all bid adieu to your ennui.”

These are the lyrics to the mega dance sensation, “Let’s Have a Kiki,” which was released this summer by the ultra-fab, super-gay group, Scissor Sisters. The devastatingly chic Ana Matronic, or Ms. Ana to her closest, sings a song about a defunct night on the town. It’s a rainy night, no cabs, and she has to take a train to the club in all her finery, only to find that the party has been shut down by the po-po, and she ends up at her friend Pickle’s house with some queens for an ol’ fashioned kiki.

Quite simply, a kiki is a party where you sit around with your besties and talk shit on people. It’s part of a vintage gay dialect created in the ’80s among the ghetto fabulous ballroom culture. The “Paris balls” are parties/pageants that happen every year, where the queens, gays and trannies sit in a rec center in Harlem and compete for titles: “Military Fierce,” “Daytime Realness,” “Wall Street Passing” etc. A queen will dress as “fishy” (girly) as possible to pass for a real woman, or a black dude will dress in an Armani suit and be judged by a panel on how well he could pass among the ad men of Madison Ave., all the while working a catwalk and striking crazy poses, called “voguing”––yes, like Madonna, she stole it from them (or borrowed, whatever). The idea is to out-model—or out-vogue—the rival. They are dead serious and fiercely competitive, and literally fight for their titles. It’s as crazy as it sounds, and now that I think about it, it’s like Toddlers in Tiaras meets Dance Moms, except with full-grown black and Latin men from the Bronx.

Balls still exist today, but at their heyday in the late ’80s, a Ms. Jennie Livingstone thought it would be interesting enough to make a documentary called Paris Is Burning, and I, for one, am glad she did, ’cause it’s one of the most important pieces of documented history of gay subculture. I’m going to try explain the movie, but if you want a more detailed description, then refer to our friend Wikipedia. The beauty of the film is that everyone gets something different from it. It follows the hardships these ballers endure, and the families within the “houses” into which they are eventually accepted, which become the teams, if you will, that compete against each other.

Some of the houses presented in the flick are The House of Xtravaganza, LaBeija and Pend’Avis. The houses, also called “families,” are groups composed primarily of the LGBTQ community, the majority of whom are African American or Latino, banded together under a respected “house mother” (sometimes a drag queen or a transgender person, but not always) or even a “house father.” This person is to be regarded as the god of the household. Nothing is done without their final say and approval. It’s endearing and, at times, tragic, but altogether fascinating to watch.

What is so important for us, a generation later, is that it goes through and explains a lot of the vernacular that we use almost daily, in detail. Like this word, “kiki,” which has exploded in use since the release of the SS melody. The reason I chose it is because people are over-using kiki, and in the wrong way. Yes, a kiki is a party, but it’s small. No such thing as having a nightclub kiki. I heard someone describe their outfit as kiki––WRONG! A kiki usually involves some cocktails, a lot of weed and a couch. THAT is a kiki, honey!

Now, can one have a movie kiki? I’m going to say yes just this once, especially on Thursday, Nov. 15 at Brewvies. I have finally talked the amazing Levi Elder at the Utah Film Center, who heads up Damn! These Heels­­­­––SLC’s gay and lesbian film fest––into getting us a screening of this legendary film, Paris Is Burning. What’s more is that he has procured the directress herself, Livingstone, to come with it and give us a fiercely real Q-and-A afterward. Oh, and did I mention it’s free? Dive, turn, WORK, bitch!

For the time and other fabulousness that the Utah Film Center offers, please visit utahfilmcenter.org.