00:00 / 20:24
Spotify Stitcher
RSS Feed
Share
Link
Embed
Aerosmith: The Ultimate Illustrated History of The Boston Bad Boys, The Armageddon Chord, College Humor.  The Website.  The Book., The Skateboard: The Good, the Rad, and the Gnarly: An Illustrated History, The Hollow Walls and The Unofficial U.S. Census are reviewed. 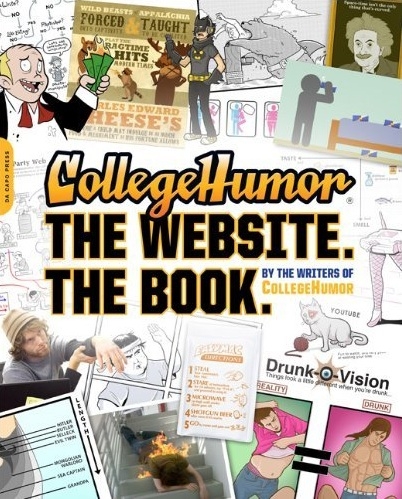 Aerosmith: The Ultimate Illustrated History of The Boston Bad Boys
Richard Bienstock
Voyageur Press
Street: 09.16.11
The history of Aerosmith is one ongoing, glorious mess, and Richard Bienstock’s Aerosmith: The Ultimate Illustrated History of The Boston Bad Boys grasps and exploits it with expertise. The book is not a continuous chronicle so much as a collage of memorabilia continuously interlarded with a loose and baggy narrative recounting a juggernaut rampage through corporate rock. Bienstock functions less as an author than an editor, enlisting smart and cranky writers to contribute separate reviews of each album. Opinions about the band’s greatest moments differ markedly, allowing for the praises of hit songs or overlooked gems, but never without opposition elsewhere. These contradictions allow the book to emerge full of surprises and food for thought. Bienstock candidly reveals how much of the best of Aerosmith was manufactured by production crews. He discusses the role of engineers and producers in shaping the Aerosmith sound, even outing the use of Lou Reed’s studio guitarists to play the “signature” solos. The book loses appeal as its account of the reckless classic years turns to the post-MTV, soap-operatic Aerosmith. While hardly an example of literary journalism, it still instructs and delights. –Brian Kubarycz

The Armageddon Chord
Jeremy Wagner
kNight Romance Publishing
Street: 08.22.11
Heavy metal, plus ancient mysteries, plus the apocalypse: it sounds like a cocktail made especially for my black little heart. Unfortunately, execution of this infernal concoction by musician-turned-author Jeremy Wagner left a lot to be desired. “The Armageddon Chord” is his debut novel about “god of guitar” Kirk Vaisto, living the kind of rock star dream life that would make the Eighties blush, and his accidental entanglement in a plot to begin Armageddon using an ancient song in Egyptian hieroglyphs supposedly written by Satan himself. We’ll get the few strengths out of the way first: Wagner has some talent for description (the three or four times he decides to use it), and some intriguing ideas on the relationship between human beings and the power of music. But these shining moments were few and far between, overshadowed by completely lifeless characters, literally no suspense and some of the worst pacing for a horror novel I’ve ever read. A hint of plot shows up every thirty pages or so, only to be immediately stabbed to death by irrelevant back-story and exposition that gives everything away and leaves the reader no reason to keep reading. Forget subtlety of storytelling, while you’re at it; the villain is, no joke, a disfigured Nazi, and the deux ex machina is literally a deux ex machina. It’s two-hundred-sixty pages of heavy metal masturbation that I hesitate to even label as horror. Or a story. –Megan Kennedy

College Humor. The Website. The Book.
Street Seidell
Da Capo Press
Street: 08.23.11
You might imagine this book would make a good shitter read, but you’d be wrong.  I’m actually embarrassed for anyone that would purchase it.  Reason 1 is this.  It’s a free website, which I recently visited, and most of the same ideas that are in the book are still on the site. So if you pay 20 bones for it, you’re an idiot.  The second reason:  "What if Star Wars characters, or Moses, or God, had a facebook page?  How funny would that be?"  These are ideas that you have while you’re stoned and failing out of your communications degree at a community college.  I don’t know if it pisses me off more that someone actually had the gall to publish this, or that they made money doing it?  There’s more (Here’s what kind of pets websites would make, or what you really look like drunk), but I don’t want to bother you with it.  Just do yourself a favor and don’t spend $20 on shit.  Look at it for free on the internet, like real college students. There’s funnier porn bloopers out there. TRUST ME.  AND, they’re free. –Levi Rounds

The Skateboard: The Good, the Rad, and the Gnarly: An Illustrated History
Ben Marcus
MVP Books
Street: 06.06.11
Contributing to the wealth of great skate books that have come forth in the past few years (I mean, have you read those Sean Cliver books?), Ben Marcus throws his hat into the figurative ring with an excellent and comprehensive tome of skate history, art and design. From the wobbly days of pilfered lumber and terra-cotta wheels, clear to Rodney Mullen’s double kick, it’s all covered with an obsessive attention to detail and a stunning assortment of photos from all eras. Marcus’s impeccable research and superb writing are only matched by the engaging stories and interviews collected throughout (peep that Jim Fitzpatrick one)— and the layout’s great, showcasing all eras of great skate art. Hell, the thing even comes with a handy index for quick referencing, perfect for skate nerds or a school project. An excellent compilation of raw skateboarding info, well worth the attention of enthusiasts and casuals past and present. –Dylan Chadwick

The Hollow Walls
Gary Bateman
Self Published
Street: 08.30.11
Gary Bateman’s The Hollow Walls is a collection of short stories meant to inspire, chill and addle your senses. The closest thing my limited experience could equate to reading these stories is digging through young adult horror novels as a middle school kid. These stories, which are definitely not intended for middle school children, do a great job of putting the reader into the psychological mindset of every character. Whether you’re following along as a demon coaxes an abused-child-turned-serial-killer into raping a woman, or imagining a fairy turning a meth-infested neighborhood into a joyful wonderland, you’ll be enthralled in the rich worlds created by Mr. Bateman. The opportunity to read “Pappy” and “Faery” alone are reason enough to spend the scant $.99 on this nugget. Pick up the e-copy at the Nook book store on barnesandnoble.com. –Thomas Winkley

The Unofficial U.S. Census: Things the Official U.S. Census Doesn’t Tell You about America
Les Krantz & Chris Smith
Skyhorse Publishing
Street: 04.01.11
We all have the distinct pleasure of fulfilling our duty as residents of the fine U.S. of A  to fill out a U.S. Census.  We all get a little gander at some of the information that is compiled such as the number of males living in a specific neighborhood or the number of unemployed senior citizens who still live on their own.  Wow.  The little known fact is that the U.S. Census is also a fountain of even more useless and trivial information.  I think people really prefer their information useless and trivial these days.  Like the fact that a quarter of all Americans between 18 and 50 have at least one tattoo or that the number one pet in the U.S. is the Freshwater Fish reaching the crazy fishy number of 171.7 million.  If it weren’t for the fact that most fish tanks are probably grossly neglected, they could probably run the country.  Unlike the actual U.S. Census, this book is an easy and delightful read, offering not only the numbers, but a few facts and interesting tidbits behind the numbers.  For instance, Robert Downy Jr. has superhero styled tattoo of himself on his left arm.  I would have never guessed, but I know have some invaluable trivia to share with any tattoo enthusiast or Robert Downy Jr. fan! –Ben Trentelman