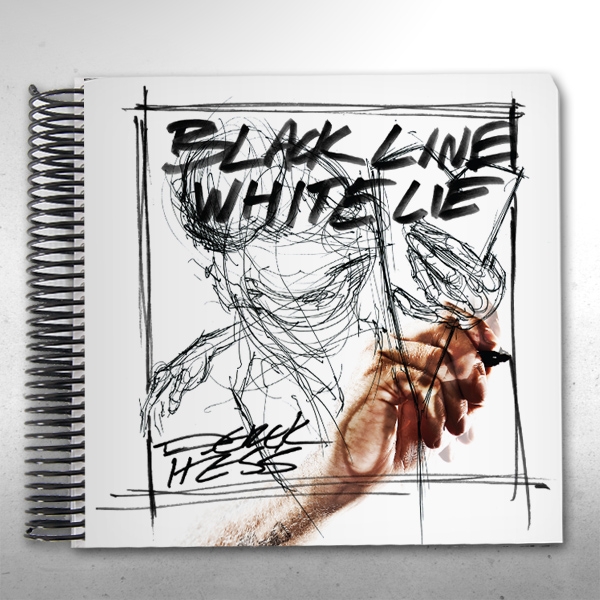 Bring the Noise: 20 Years of Writing About Hip Rock and Hip-Hop
Simon Reynolds
Soft Skull Press
Street: 5.24.11
Reading Simon Reynolds’ Bring the Noise feels a lot like taking out your high school yearbook and looking back in depth on the things that were happening during that time. His critical analysis and insight covers just about every single genre of popular music over the past two decades, and this book acts as an abridged encyclopedia of Reynolds’ published album reviews, interviews and features on bands from Public Enemy to The Smiths to MIA. Many of the pieces appear as they were published, while a number of them were reverted back to Reynolds’ original submitted drafts. Reynolds is renown as a music critic for his ability to provide deep insight into the complex dynamics between dominantly black genres (Hip hop, R&B, Soul) and dominantly white genres (Punk, Rock, Grunge), and how the two worlds interact to form new sounds and keep the world of music turning. This book abridges two decades worth of insight into a 400-page collection of the best and most thorough music criticism in recent history. –Chris Proctor

Derek Hess: Black Line White Lie
Derek Hess
STRHess Press
Street: 12.16.11
Derek Hess doesn’t so much draw as he releases energy onto a page. His art is characterized by the kinetic, flowing lines that shape his figures and the starkness of the black ink he unleashes upon white paper. Black Line White Lie is a nearly-300-page collection of Hess’ work, sorted into a variety of categories. One of the most striking parts of the book is the “Aggression” section, containing several drawings set at concerts as crazed singers whip their audiences into a furious craze—this is where Hess’ sketchy style really shines and communicates a sense of violence and movement. Those familiar with Hess from his art for aggressive metal bands such as Converge and ISIS may be surprised to see a variety of more lighthearted drawings, especially in the book’s “Animals” section—though there are several drawings of teddy bears being crucified. The book also showcases Hess’ excellent understanding of the human form, as his subjects—though often contorted and slumped over—are masterfully drawn, conveying weight and emotion, even if it is undoubtedly dark. This book provides a surprisingly varied look at Hess’ creations, and it’s a great way to appreciate his art. –Ricky Vigil

Gig Posters Volume 2
Clay Hayes
Quirk Books
Street: 11.01.11
The visual element of music can be just as important as its aural aspect. When you think of Pink Floyd, you see their Dark Side of the Moon cover. When you think of Nirvana, you think of the “Smells Like Teen Spirit” video. When you think of Kiss, you think of their stupid fucking outfits. And when you see an awesome concert poster hanging in the window at your favorite record store, you wanna go to that show. Thanks to GigPosters.com, the concert poster has gained a whole lot of artistic clout over the past decade, and this second collection of work by some of the world’s most notable concert poster artists proves that the artform’s praise is definitely warranted. From a design standpoint, this book is pretty goddamn awesome. Each double-sided 11×14 page features a high-quality reproduction of a notable gig poster, while the reverse features a brief bio of the artist and other examples of their work. The best part is that the pages are perforated, meaning that you can rip these bad boys straight out of the book, plop ’em into a frame and hang it on your wall—instant art. The book features 100 artists, some of my favorites being Gunsho, Jim Mazza, the always awesome Tyler Stout, and Glyn Smyth of Scrawled Design—that dude’s Wolves in the Throne Room poster gives me a serious art boner. There’s no substitute for a screenprinted, signed and numbered poster, but this book is a pretty great alternative. –Ricky Vigil

Hoopla: The Art of Unexpected Embroidery
Leanne Prain
Arsenal Pulp Press
Street: 10.04.11
This is easily the strangest instructional book I’ve ever read, but in a good way. Mixed among the basics, the descriptions, the how-to’s and the photographs are over two-dozen, in-depth interviews with some of the most talented and innovative embroiderists, cross-stitchers and regular stitchers out there. The book is almost magazine-like in its design, integrating the reader into each approach—from how readers can apply each technique in their own embroidery to how to “Make It Social” by starting your own community of knitters. Fans of Prain’s first book, Yarn Bombing: The Art of Crochet and Knit Graffiti (co-authored with Mandy Moore), will appreciate that “Patterns” sections have evolved into “Project” sections, giving readers more specificity and detail within various tasks on which to test their skills. Four words: Knuckle Tattoo Church Gloves. Whether you’ve been embroidering since you were a kid, are new to the trade or have never touched a needle in your life, I highly recommend this book. Now go read what all the Hoopla is about. –Johnny Logan

Keyboard Presents the Evolution of Electronic Dance Music
Peter Kirn
Backbeat Books
Street: 11.01.11
In a fantastic attempt to summarize the history and themes of electronic dance music, Peter Kirn has gathered interviews and articles from deep within the archives of Keyboard and Remix magazines. The book visits the pioneers of the genre in their shining moments of innovation and experimentation—everyone from Kraftwerk to Depeche Mode, Frankie Knuckles to Juan Atkins, Aphex Twin to Daft Punk, and many more of EDM’s giants. The book stretches back to 1982, and, in patchwork form, reveals the essence of EDM. The Chemical Brothers sum it up pretty well: “It’s all about making sounds that no one has ever heard before” (159). Although Kirn does a great job of painting broad pictures about inspiration, musicianship and the joy of production, the real value in this book is the technical discussion. All of the artists are interviewed about their gear and the specifics of their productions. There are original reviews of the MPC60, the Roland TR-909, discussions on the merits and drawbacks of MIDI, FinalScratch and Ableton Live. When it’s all laid out like this, it’s easy to see just how much innovations in technology have influenced the sounds and styles of EDM, and follow the path through the rise and fall of gear, artists and genres, ending up in the present moment with a new perspective on EDM today. –Jessie Wood

The Sigh
Marjane Satrapi
Archaia Entertainment
Street: 12.13.11
Fresh off the success of the film adaptation of her autobiographical graphic novel Persepolis (if you haven’t read the book and seen the movie, fix that right now—seriously), Iranian author/illustrator Marjane Satrapi’s latest work is a fable aimed primarily towards children. The story follows a merchant’s daughter named Rose, who asks her father to bring her back the seed of a blue bean from his travels. When the merchant is unable to find a blue bean, Rose lets out a sigh, accidentally summoning a ghoulish (but friendly) character named Ah the Sigh. To make a short story even shorter, Rose eventually becomes a captive of the sigh, falls in love with a prince, accidentally kills the prince, then sells herself into slavery several times as punishment—seriously, this is a kids’ book. Unlike her best-known works, Satrapi’s illustrations, though charming and especially colorful, take a backseat to the prose, translated into English by Edward Gauvin. The story is light and the conveniently inexplicable logic of fairy tales creeps its way into the story a few times to make sure we make it to a happy ending. This is a fun read with a dark sense of humor, recalling Grimm’s fairy tales and featuring a proactive female protagonist. This probably isn’t what fans of Persepolis will be expecting, but it showcases another side of Satrapi’s creative talents and is a welcome departure from the “damsel in distress” tales that populate classic children’s literature. –Ricky Vigil

Skinhead Confessions: From Hate to Hope
TJ Leyden with M. Bridget Cook
Cedar Font Inc.
Street: 04.14.08
I’ve always been fascinated by the fact that anywhere from the last 20 years to present day, kids, with all the information and education available, are still duped into believing any of the nonsense these racist groups try and perpetuate. The story of T.J Leyden explains just how he, as recruiter for White Power movement, was able to exploit teenage apathy and anger. Leyden’s’s own journey into the racist skinhead subculture is an intriguing look into this violent and dark world. One of the most interesting sections explains recruiting techniques, such as going to local concerts and passing out bootlegged tapes of racist British punk band Skrewdriver and even going as far as telling kids that Black Flag’s “White Minority” was a pro-white power song. At one point in the book, Leyden’s white power tattoos are discovered by his mother and through that she uncovers the depth of his involvement in the white power movement. Leyden eventually sees the errors of his beliefs, and his journey out that life takes him to many unexpected places. The book itself is an intriguing read, and takes a look into a dark, hate-filled sub culture, that, as a middle-class punk rock kid, I only saw the very outskirts of. –James Orme

Sugar House Review Volume 3, Issue 2: Fall/Winter 2011
Various
Sugar House Review
Street: 10.11.11
Celebrating their two-year anniversary, the Sugar House Review have released their fifth semiannual collection of poetry. While poetry isn’t for everyone, and good poetry is hard to find, the editors over at Sugar House Review seem to do a fair job of picking high-quality poems. The layout is simplistic in nature, allowing readers to take in the rhythm and meter of the words on the page, visualize the lines and examine the meaning of it all. Poems by Joanna Pearson and Kate Kingston stood out most for me, but I wasn’t disappointed by anything I read here. Check out sugarhousereview.com for submission info, poetry samples and to purchase previous and current issues. –Johnny Logan

This is a Call: The Life and Times of Dave Grohl
Paul Brannigan
Da Capo Press
Street: 11.29.11
I don’t get off on that whole “idol worship” trip, but I’d be lying if I didn’t admit to a few man-crushes. Cliff Burton’s always gotten me all hot n’ bothered. I have a completely absurd obsession with all things Dave Wyndorf … and I’ve had a lifelong goal to one day rage with Dave Grohl. Burton’s dead (I’m prone to tear up if I hear “Orion.”) and Wyndorf gained a few extra chins (and swore off psychotropic drugs), so Mr. Grohl, the “nicest man in rock,” is my final target for hero-boner soothing. This is a Call, Paul Brannigan’s unauthorized Dave Grohl biography, culls an exhaustive set of personal interviews with the subject tracing the drummer’s musical career from DC hardcore basements to ’90s superstardom with that one band fronted by that angsty fellow (you know, they wrote a song about teen spirit) through to his current vocation fronting the Foo Fighters and helping Josh Homme keep making the best records of his career. I hesitate to call the work “warts n’ all,” but it’s extensive and certainly made me fall in man-love with Mr. Grohl even more. Lots o’ little nuggets, like how he almost joined Fugazi, how he had a punk rock cousin who took him to his first show, how he had to go to Catholic school for smoking weed and how Bob Dylan once walked up to him and told him how much he liked “Everlong.” A refreshing and thorough look into the life and psyche of one of the most vital and relevant forces in rock music today. Get it, ’cause it’ll probably rank as the definitive one. –Dylan Chadwick