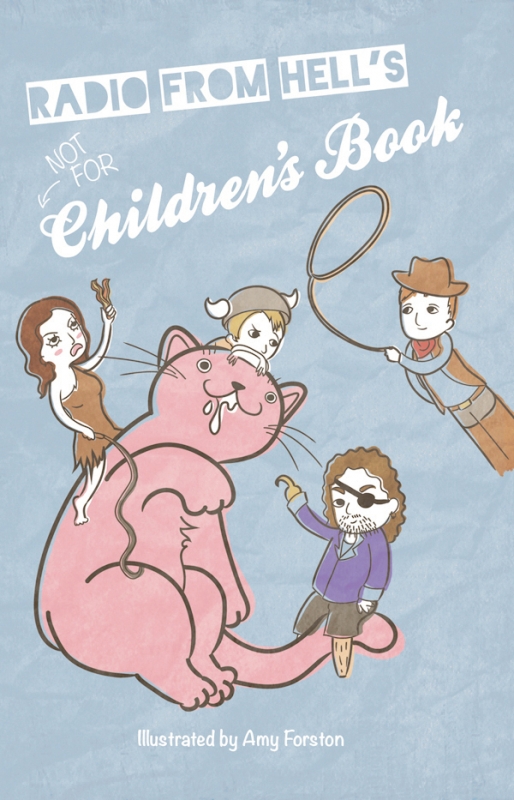 Appalachian Trials: A Psychological and Emotional Guide to Successfully Thru-hiking the Appalachian Trail
Zach Davis
Good Badger Publishing
Street: 02.01
For a lot of lazy-ass Americans, walking to the local 7-Eleven for a sugary fudge treat is often way too much to ask. Our society has lost its once-admirable physique and taken on a more slovenly appearance. Blame it on video games and social media, but whatever the culprit, we must get out from behind our pixelated screens and get back to nature. That is just what former computer nerd Zach Davis did. Davis’s journey began in the warm and humid foothills of Springer Mountain, Ga. and ended roughly 2,200 miles later on Mt. Katahdin, Maine. His five-month thru-hike of the Appalachian Trail signified the end of his former life and the dawn of a new and improved way of living. Five million steps after starting his adventure, Davis recounts that it was not the physical challenges that pushed him to the limit, but the amount of mental stress. Throughout his travels, Davis notes that the rigors of keeping a positive mindset are more difficult than the 15-to-20-mile days he would typically log. He also postulates that of the 70 percent of thru-hikers who fail to finish, nearly all of them suffered some sort of catastrophic mental breakdown. The driving rain and bland food are, of course, contributors, but the endless expanse of Va.’s benign terrain also plays a role. Davis’s checklist on how to prepare your mind for such monotony helps the thru-hiker overcome the difficulties of enduring hardship and realize the beauty that is all around. These preparations and exercises continue to benefit hikers long after they have returned, because it is unlikely they will ever be met with anything more challenging. As he states in the book, “There is no crying in hiking.”  Appalachian Trials is an inspiring read that will undoubtedly help you face your own Appalachian Trail. –Sean Zimmerman-Wall

Occupied Territory
Lynne Cohen
Aperture
Street: 06.30
Originally released by Aperture in 1987, Lynne Cohen’s compilation of photographs has been updated and expanded for a second release, bringing its disturbing nature back into consideration. The black-and-white images, taken over a period of 20 years, certainly arouse a number of emotions despite the detached and purely functional environments they portray. A dry cleaner’s, a men’s club, an auditorium and a classroom are a few of the rooms coldly exhibited in the monograph, and all are devoid of any humans or movement. They are places typically experienced populated, and the stillness of their awkward furniture, barren walls and lonely potted plants is unsettling. Posters and wall adornments seem out of place, ridiculous even, in the environments. The photographer’s perspective is direct and static, as the images are descriptive rather than aesthetic—like crime-scene photos, essayist Britt Salvesen points out. As one considers these images, one tries to reconcile vibrant humanity with these drab, colorless environments, and the juxtaposition is eerie—perhaps they suggest that the clean, fluorescent sterility of our scientific world is a silly and futile attempt to control our lives. Certainly thought-provoking, the collection is worth inspection. –Amanda Nurre

Radio From Hell’s (Not For) Children’s Book
Bill Allred, Gina Barberi, Kerry Jackson, Richie T. Steadman
Self-Published
Street: 03.30
Before reading this review, please take note: This is not a challenging read. The three hosts and lead producer of Utah’s number one morning radio show decided  in late 2011 to create a children’s book for charity, using the traditional format of pairing a photo with a rhyme to convey the humor found on every page. But don’t be fooled, we are talking about a book that’s only 14 pages long and consists more of pictures than text. If not for the use of words such as “urinary,” “vasectomy,” “dilapidated” and “hermaphrodite,” you could hand this to a second grade student and they could both read it and come up with a B+ book report. Almost every page contains its own jab at the show’s hosts or jokes you’d hear weekly, illustrated by local artist Amy Forston in a cartoonist style to accentuate the joke. If you’re a fan of the show, you’ll love this book, and if you’re not, you’ll like parts of it and find the rest too inside-jokey. If you do decide to purchase a copy, all proceeds from the book go to the Ken Garff “Road to Success” literacy program. –Spencer Ingham