America, You Sexy Bitch: A Love Letter to Freedom by Meghan McCain & Michael Ian Black, Bury Me In Smoke by Megan Kennedy and If You Can’t Make It Here, Get Out by Jane Potter and G. E. Feldman are reviewed. 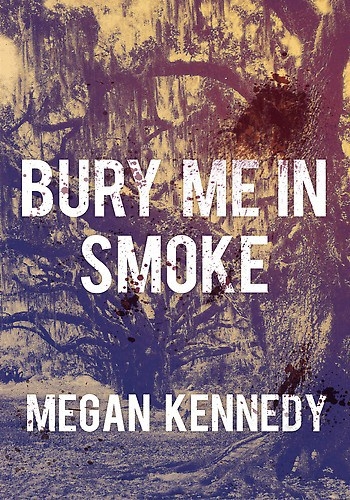 America, You Sexy Bitch: A Love Letter to Freedom
Meghan McCain & Michael Ian Black
Da Capo Press
Street: 06.12
America, You Sexy Bitch was designed as a social experiment to see if a Republican and a Democrat could cram into an RV and take a cross-country road trip without killing each other.  The Republican in this equation is Meghan McCain—senator John McCain’s daughter and columnist for The Daily Beast.  The Democrat would be none other than Michael Ian Black—snarky comedian and actor in such films as Wet Hot American Summer.  Each chapter catalogues the experiences of this strange journey from the perspectives of both Black and McCain, which made the whole road trip narrative vivid and often hilarious.  I was a bit disappointed in their chapter about Salt Lake City because it was more of a vehicle to discuss how weird Mormonism is, rather than an attempt to genuinely connect with people here.  Other than that, having two different people writing about the same experiences in a Las Vegas strip club or at a seedy hotel in Little Rock adds a level of realism that makes the book extremely enjoyable.  Not only does this social experiment provide an entertaining look at people from all walks of life, it’s a reminder that the stereotypes that are perpetuated—especially during an election year—are seldom correct. –Alex Springer

Bury Me In Smoke
Megan Kennedy
Self-Published
Street: 06.19
Set in a post-apocalyptic New Orleans, this 71-page horror novella follows a lone survivor’s treacherous journey through the zombie-filled swamps and corpse-strewn streets of Louisiana, armed with only six shells in his shotgun. The hardened (and extremely horny) ex-soldier crosses paths with a heavily armed woman with an unknown agenda, who is being hunted by a New Orleans warlord and his meth-head biker cronies. The two survivors’ fates become intertwined as they struggle to evade the depraved hillbilly bikers, dodge and decapitate the infected, and have rough and dirty post-apocalyptic sex. Though the zombie apocalypse genre may seem played out, SLUG Mag’s own Megan Kennedy keeps it fresh and brutal with plenty of graphic violence, sex and even a dose of Slayer. Think Zombieland plus Cormac McCarthy’s The Road plus sexy pulp fiction novel. Kennedy’s engrossing storytelling makes Bury Me In Smoke a quick and entertaining read, and a perfect Halloween mood-setter. This blood-stained e-book is available for free download at smashwords.com or on Amazon, and links to Kennedy’s other short stories and poems can be unearthed at duskblood.tumblr.com. –Cody Kirkland

If You Can’t Make It Here, Get Out
Jane Potter and G. E. Feldman
WingSpan Press
Street: 03.01
Perhaps you’re familiar with the plethora of books that glamorize, encourage visitation of, romanticize or idealize New York City. This is not one of those books. With If You Can’t Make It Here, Get Out, Potter and Feldman bring you the irony, the satire and ALL OF THE SARCASM, cleverly disguised as a self-help book. Unfortunately, they also bring you AN EXCESSIVE USE OF CAPS LOCK—which can be annoying at times. But, if you can work your way through that, the stream of unnecessary disclaimers and the constant apologizing, you’ll be able to find some great humor in this book. My personal favorite was, “Irregulars will find dating in New York City to be an experience akin to water-boarding.” The last chapter—providing instructions on how to move away from NYC if you’ve found yourself mistakenly living there—is also quite entertaining. –Johnny Logan