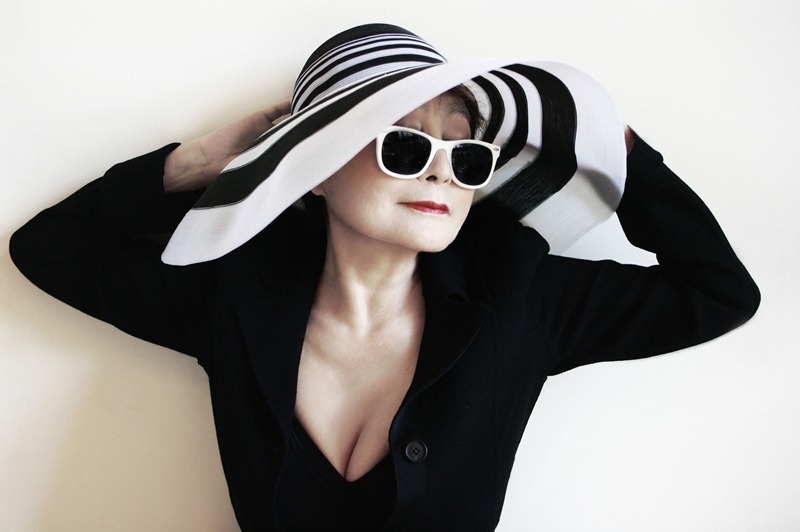 Art by Tattooists Mini: Beyond Flash
Jo Waterhouse
Laurence King Publishing
Street: 08.01
Beyond their work in the ink-and-flesh medium, many tattooists are talented artists in the more traditional fine art sense as well. This (mini-edition) booklet is a glimpse of the fine art of tattooists from around the world, and does not include any of their tattoo work. As it is explained in the foreword, there are plenty of magazines around today which celebrate tattoo artistry, but few options to check out and celebrate the fine art created by these same artists. As tattooing is becoming more and more accepted as a mainstream art form, it follows that the artists themselves might become more accepted as mainstream artists as well. This book aims to open our eyes to this concept, and give us some real perspective on the level of artistry these tattooists are achieving in many mediums. The art featured has little resemblance to traditional tattoo artwork, the likes of which we see littering far too many trendy T-shirts these days, and instead represents more of a range of vision that the artists are working from. It just goes to show that a good thing can’t stay underground forever. –Ischa B.

Reaching Out with No Hands: Reconsidering Yoko Ono
Lisa Carver
Backbeat Books
Street: 10.23
Many ideas exist about Yoko Ono, and unfortunately a majority of people view her solely as the catalyst for the break-up of The Beatles. In her book, Reconsidering Yoko Ono, Lisa Carver sets out to dispel the myths that surround this woman, and shifts the common perspective that typically casts her in negative light to one of admiration. Ono is cooky, far-out and does not conform to society’s tastes very comfortably, and her art and lifestyle constantly beg you to rearrange your frame of mind. While Ono captivates me, Lisa Carver’s work became too personal for my taste: Although it is obvious that Carver is not trying to be objective in the slightest, she took her bias pretty far in this piece (even going so far as dragging her current boyfriend and his habits into the narrative). It became more of a book about Lisa Carver that praised Ono on the side with adoration completely based on her interpretations of who and what Ono is (and is not), rather than taking a look at Ono’s life outside of herself. –Brinley Froelich

Sugar House Review #6: Spring/Summer 2012
Various
Sugar House Review
Street: 04.01
Founded in 2009, the Sugar House Review is an independent poetry magazine filled to the brim with quality verse from page one. Though the mag is based in Salt Lake, submissions are open to writers from around the nation and beyond, and the combination of eclectic poets and the Review’s diverse group of editors has created a beautifully varied compilation of work for #6. As poetry is very subjective, not every poem resonated with me, but there were a few gems that proved to be a delightful surprise. “Death, If You Don’t Mind, Please Come To The Front Of The Class” by Patrick Thomas Henry immediately drew me in with its irresistible title and kept me interested with a colorfully uncolored description of the draining dread felt by being called to write on the classroom board. “Please Stay On The Trail” by Nate Liederbach was another favorite, combining my love of nature themes, horror, puns and imperfect rhymes into a paragraph that ends in smiles. Kat Finch’s “Wake” had me returning for multiple reads. Unencumbered by punctuation, accentuated with repetition and ringing with rhyme, the nonsense words of “Wake” are transfigured into notes when read aloud. Fortunately for you, Episode #41 of SLUG’s podcast, Soundwaves From The Underground, allows you to listen to all three of these poems read by their authors. When “Wake” reignites the poetry lover in you, make sure to pick up a copy of the Sugar House Review at your local bookstore, or visit sugarhousereview.com for a $2 PDF. –Esther Meroño

VICE’s Dos & Don’ts 2: 17 Years of Street Fashion Critiques
VICE Books
Street: 06.19
If you have been lucky enough to get your hands on a copy of Vice magazine, you are well aware of the Dos & Don’ts section, but if you have no clue what Vice’s Dos & Don’ts are, allow me to explain. In every issue of Vice, there are pages with random, sometimes nude, photos of society’s strangest specimens—from drunken idiots with piss- or vomit-soaked clothing, to dudes with very little or nothing covering their packages, to scary broads letting their titties hang out. All of these photos have been taken in public, mind you. Below the photos are short, crass captions about the subjects. My personal favorite photo in this collection has to be the shirtless, sunglasses-wearing dwarf being showered in confetti. The format of this book is just like the layout of the magazine: Dos on the left-hand page and the Don’ts on the right. I think I speak for every Vice reader when I say the Dos & Don’ts section is one of the best parts of each month’s issue, and this book showcases some of the best photos from the last eight years. This book is a perfect coffee table book or a good restroom read, because you can open it to any page and be completely amused. With well over 1,000 photos and hilarious captions, you will surely be happy with the new addition to your library. In the 200-plus pages, I think I may have even found photos of some ex-girlfriends, one-night stands, friends and even some coworkers.  Pick up your copy at all major book retailers for around $20, or download the digital version on iTunes for about $12. –Eric Granato