Bond On Set: Filming Skyfall by Greg Williams, Erik Parker: Colorful Resistance  by Mónica Ramírez-Montagut, Iron Maiden: The Ultimate Unauthorized History of the Beast by Neil Daniels and The Collection: Short Fiction from the Transgender Vanguard are reviewed this month. 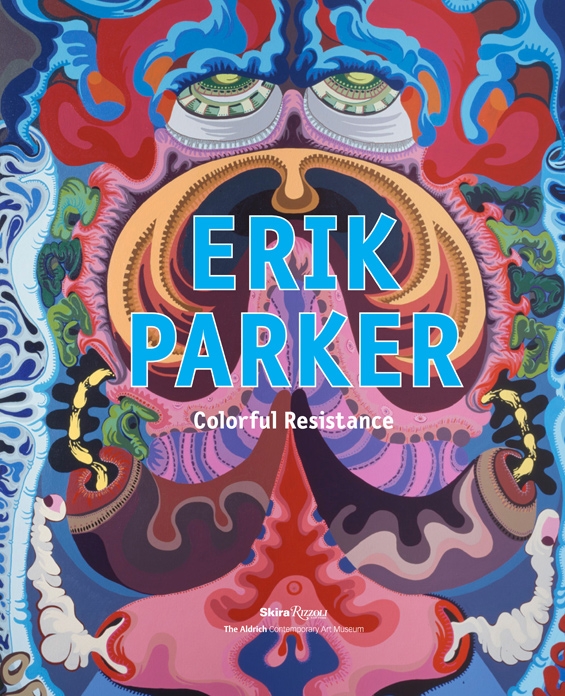 Bond On Set: Filming Skyfall
Greg Williams
DK Publishing
10.01.12
If you haven’t seen Skyfall yet, go do that. Then, after witnessing the incredible beauty of the film, check out Williams’ coffee table book about the filming of the newest Bond movie. Skyfall is one of the most visually stunning action movies of all time, and this book provides a behind-the-scenes look into the making of the best shots of the movie. The book shows us each setting of the movie through candid shots of the cast and crew, different takes on the most beautiful and complicated scenes, and snippets of the script to provide some context. It creates the uncanny effect of being there, as part of the cast, in the plains of Scotland, the too-classy casinos in Macao, the National Gallery of London, among the fires and explosions of the film and in the futuristic cityscape of Shanghai. If you are interested in 007, cinematography, filmmaking or you’d like to see the scope of a big-budget blockbuster, definitely give this book a once-over. It’s worth it. –Jessie Wood

The Collection: Short Fiction from the Transgender Vanguard
Various Authors
Topside Press
Street: 10.16.12
Our language puts boundaries on how we identify with our bodies, and it is important for people to be aware of those boundaries in order to learn how we can cross them in our culture. This collection of stories is the type of anthology I’d like to see becoming more publicized throughout popular literature, as young voices express their gender identity/non-identity. Popular themes throughout the book include difficulties—not in the personal decision to transition as much as the frustration caused by misinterpretations from friends, partners, family, coworkers and strangers. The Collection is profound in displaying a variety of narratives that explore this, while balancing erotica, weird-fantasy and memoir-type experiences with a wide variety of interpretations. With such a diversity of authors, it allows any reader to relate to one of the stories. Trust me, there’s something in here for you. Highlights for me were the science-fiction shorts, including “The Queer Experiment” for its mysterious arousals, and the bizarre witchcraft elements found in “Ramona’s Demons.” –Brinley Froelich

Erik Parker: Colorful Resistance
Mónica Ramírez-Montagut
Skira Rizzoli
Street: 07.17.12
Erik Parker: Colorful Resistance offers us a window into the mind of an angsty, ’70s-child painter who is taking the art world by storm. His ability to combine seemingly antagonistic genres—psychedelic, street art, fauvism, classic modernism, hints of hip hop and Kahlo-inspired pieces—make for one hell of a collection. The book is divided into four major sections: obsessive mappings of places and concepts, internal malaise painted as a series of intricate heads, hieroglyphics and still lifes. In all of his oeuvres, he employs words, color and form to protest both his internal pain, as well as the injustice in government and society he perceives in the world. His commentary feels rather shallow, and his rejection of American politics is overly simplistic: They’re expressed in conglomerations of single words that, together, do not add up to an articulate analysis. In “Texecuted,” Parker quotes the Ramones in a banner across the top of the mixed media on canvas reading, “I Wanna Be Sedated.” The image suggests that George W. Bush’s overuse of the death penalty as the governor of Texas foreshadowed his presidency to come. Although Parker’s pieces are aesthetically pleasing, many of them feel rather juvenile in their inclusion of buzzwords and overall lack of substance. –Anna Kate Gedal

Iron Maiden: The Ultimate Unauthorized History of the Beast
Neil Daniels
Voyageur Press
Street: 07.01.12
This is quite possibly the most definitive tome on these British godfathers to date, which means you shouldn’t let the “unauthorized” tag throw you. All band interviews have been painstakingly culled from old press and media, compiling a well-rounded history from all involved, from the Di’Anno days of yore, through to the misguided Blaze Bayley era. Additionally, set lists, photos, minutia and a list of every single show (yes, every single show) the band has played through to the time of publication, and the input of several, prominent metal guest writers (Ian Christie, Martin Popoff, Mick Wall, Gavin Baddeley, etc.) mean this book is exhaustive in its completeness and obsessively deep. Leaving nothing to be desired, metallic-bashers of all makes will be quite hard-pressed to find anything more lovingly comprehensive on Maiden and their history. –Dylan Chadwick