00:00 / 20:24
Spotify Stitcher
RSS Feed
Share
Link
Embed
From the Forest: A Search for the Hidden Roots of Our Fairytales, Power Chord: One Man's Ear-Splitting Quest to Find His Guitar Heroes and Randy Rhoads are reviewed this month. 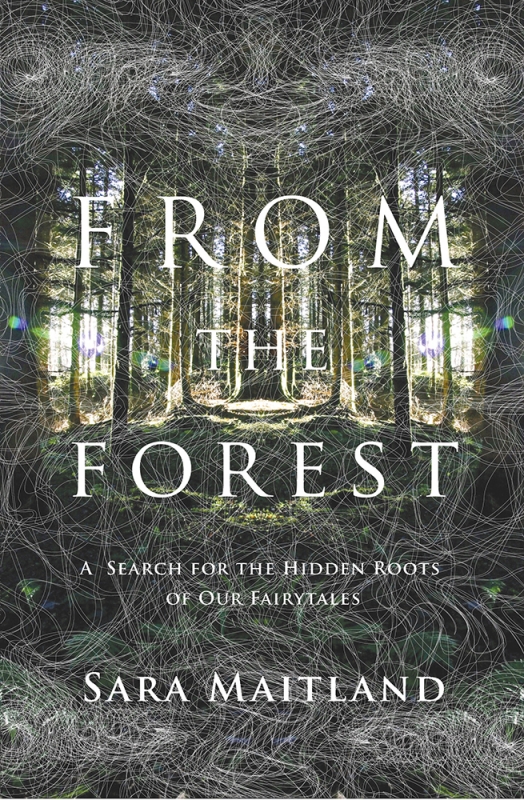 From the Forest: A Search for the Hidden Roots of Our Fairytales
Sara Maitland
Counterpoint
Street: 10.30.12
When we think of fairytales, princesses, witches and forests almost always come to mind. British writer Sara Maitland explores the roots of 12 Brothers Grimm tales through a year spent visiting a dozen British forests—from the Forest of Dean to the leftovers of once-great woods (admirably photographed by Maitland’s son, Adam Lee). The Grimms’ tales, Maitland suggests, have been pruned and de-contextualized—made pious and child-safe—much like the woods. Maitland explores damage done by modernity to the forests and to children shielded from the real and imagined dangers and gifts of those forests. By keeping children “safe” from forests, we limit their imagination and ability to overcome danger, distancing them from Europeans’ cultural roots and, I’d propose, our arboreal evolutionary roots as well. Each chapter ends with an alternative (but not dark or subversive) retelling of a classic tale that illustrates the chapter’s point. This is a lush, enjoyable read for fairytale lovers, naturalists and anyone who can lose themselves in the magic of the woods. While the chapters are occasionally repetitive, reading this made me long to run under the trees, and, even more so, to visit the conserved forests Maitland describes so evocatively.
–Madelyn Boudreaux

Power Chord: One Man’s Ear-Splitting Quest to Find His Guitar Heroes
Thomas Scott McKenzie
It Books
Street: 07.31.12
Power Chord is the journey of Thomas Scott McKenzie to find out what exactly drives the guitar heroes he has loved and looked up to for so many years. Now, ’80s hair metal is not a music genre that I’m an expert in, but the amount of information that McKenzie possesses about guitarists and their axes of choice is truly amazing.  From SGs to Telecasters to Les Pauls, McKenzie covers all kinds of guitars and what they mean to him and his heroes. His journey is not only to figure out what drives these guitar gods, but also a personal journey to find out how hard he will work to get a chance to interview some of his heroes. Along with getting the low-down on his favorite guitarists, McKenzie also gets some pointers from legends like Bruce Kulick, Stacey Blades and Steve Vai. Armed with a guitar in hand and an openness to learning, Mckenzie signs up for Rock n’ Roll Fantasy Camp. His experience culminates with a performance at the Whisky a Go Go standing next to one of his biggest idols of all time, Ace Frehley of KISS. From bedroom air guitar to playing a legendary stage, Power Chord covers it all! –Steve Goemaat

Randy Rhoads
Steven Rosen and Andrew Klein
Velocity
Street: 06.29.12
Much of rock n’ roll mythology is built on artistic partnerships. John and Paul, Eddie and David Lee, Sid and Johnny. So when a coke-nosed Ozzy Osborne leaves Black Sabbath for a solo career to reinvent himself as an ‘80s shock-rock icon and somehow stumbles upon a flashy, hot-to-trot guitar prodigy from the deep South—it’s a veritable fairytale. To understand the zeitgeist of solo Ozzy, one simply MUST understand the pomp, talent and undisputed innovation of his first guitar player, Randy Rhoads. Classically trained and cutting teen teeth in the American hair metal circuit, Rhoads lent a glitz—an electricity—to the heavy metal landscape, sending a surge through Sabbath’s doom-scapes and ushering in a new era. The book lovingly brings friends, lovers, bandmates and associates together to tell the story of one of history’s guitar gods in a personal and unflinching tribute to his life and legacy, which was cut tragically short in a plane accident in 1982. With nearly 400 pages of pictures, quotes, artifacts and anecdotes, it’s the most comprehensive look at the man’s life to date—sure to satisfy every degree of fandom—and is a great written companion to a glass of lemonade and an afternoon spent spinning Blizzard of Ozz. –Dylan Chadwick