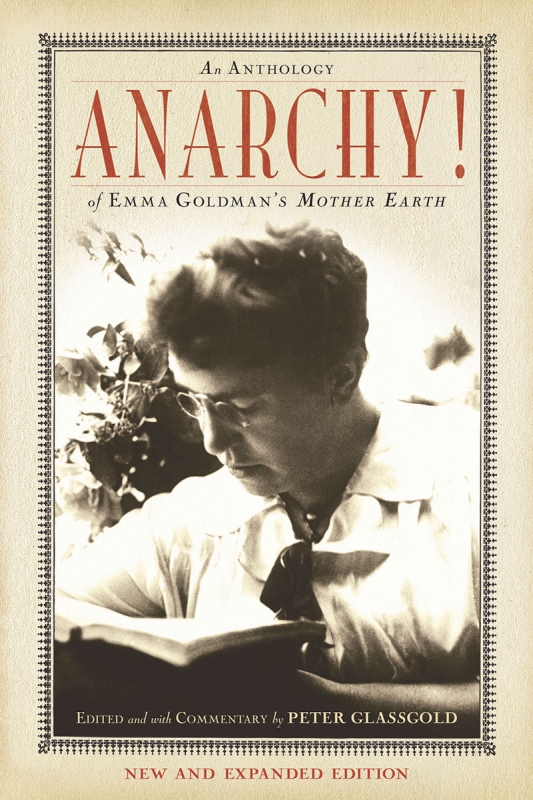 I have always had a major historical figure crush on Emma Goldman: her oratory skills, her belief in absolute gender equality and reproductive rights and her contempt for cultural institutions. A couple of Goldman’s major accomplishments were organizing anarchists nationally and publishing Mother Earth, which was a quarterly magazine with essays written by the great anarchist minds of the 1920s—Kropotnik, Tolstoy and Berkman. This book anthologizes a large portion of the magazine’s essays and sections them into common themes. One of the first mistakes I made was trying to read the book from page one to page 464—this is more of a reference book. It’d be great for college courses, discussion groups or collectives. Whether you’re an anarchist, socialist, libertarian-socialist, feminist, atheist, anarcho-feminist or a libertarian-socialist-atheist-feminist, you could benefit from reading this book. What I really like is the commentary provided, which gives historical context to the essays, since most of this material was written 70 years before I was born. Pick it up and help expose the violence inherent in the system. –Alex Cragun

As a habitual pot smoker, I’ve had many friends and acquaintances attempt to convince me that ingesting, rather than smoking, is the optimum way to get high. I was never convinced, but Cannabis Cupcakes has finally given me a new perspective. The book is comprised of six mouth-watering sections of cupcake recipes, from chocolate to assorted nuts. It begins with detailed instructions for both “Boosted Butter” and “Souped-Up Sunflower Oil,” including heating instructions designed to reduce the amount of THC wasted, saving you if you get too stoned and forget basically everything you know about the culinary arts (think Towelie). Every icing or decoration is broken down into easy steps. My first tester muffin was Spiced Apricot, and I was pleasantly surprised by how well the recipe disguised the leafy flavor of the weed without making you feel like you hadn’t gotten a portion at all. My favorite section is the table on page 17, which details dosage standards for mild, normal and extreme, allowing you to customize each cupcake to your respective needs. Stone (coincidental, yes?) is a grower and devoted pot enthusiast while Ann is a professional cupcake baker and confectioner, making every single recipe unique and delectable. Not only do I now have a better understanding of baking, but also a heightened appreciation for edible treats. –LeAundra Jeffs

In The Wrecking Crew, Kent Hartman goes behind the scenes of the Hollywood music industry during the ‘60s and ‘70s, when big bands like The Byrds, The Mamas and the Papas, Ray Charles and his Orchestra, The Ravonettes and Sonny & Cher were in the spotlight. The book was started by an article written in 2007, which touched on the members of the Wrecking Crew and its repertoire, but it was not able to go into too much depth. Thus, the book was born. Taking this perspective, we are shown a lens into the life of the eponymous “Wrecking Crew”—a group of musicians who were called on to play guitar, bass or drums for the bands on tour or in the recording studio. Hartman highlights guitarist Glen Campbell, bassist Carol Kaye (one of the only female musicians in the crew) and drummer Hal Blaine, but many other members are mentioned throughout. As a Beach Boys fan, I particularly liked the narrative of the recording of Pet Sounds—an industry flop—and the subsequent meltdown of Brian Wilson. The book was interesting, but not very captivating, as the transitions weren’t cohesive from one chapter to the next. That being said, it takes an interesting perspective of highlighting talented musicians who, although lesser known, were highly influential, which is something I’d like to peer into more. –Brinley Froelich