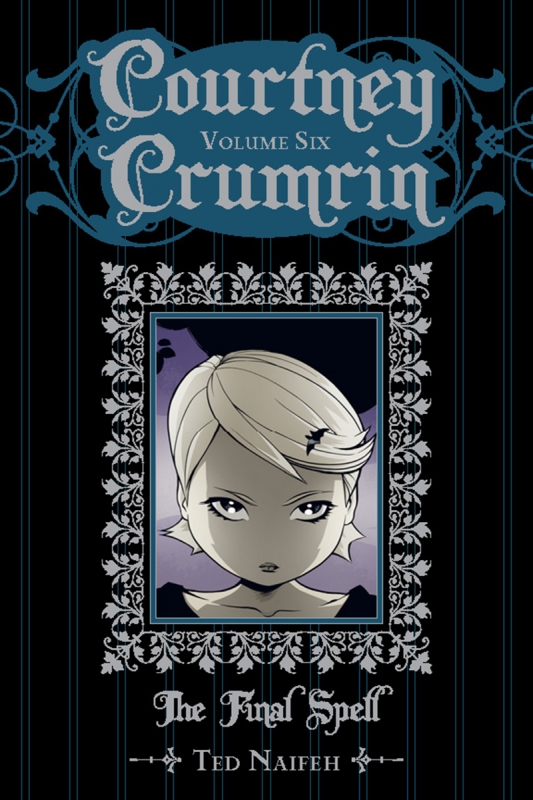 33 1/3: Can’s Tago Mago
Alan Warner
Bloomsbury Academic
Street: 11.01
In high school, I came upon the book Twilight of the Gods by Wilfred Mellers, a 1973 study attempting to explain the importance of the Fab Four’s music through a musicological analysis of their works. This seemed extremely absurd. I recently realized, after reading several books in the 33 1/3 series, that it’s not really about the individual albums profiled—it’s about what it’s like to be a fan. It’s about what it’s like to view a particular work as the pinnacle of aesthetic accomplishment—to experience the unique sensation of “This speaks to me!” There is also a fetishization of the vinyl album as an art object. Each band and record in the series is mythologized as much as the authors’ experience of discovering them is; in the case of Can’s 1971 album Tago Mago, Warner describes their “stoner athleticism.” The Scottish novelist realizes the absurdity of this linguistic attempt to describe music, as much as Mellers, but Warner’s volume about the German psychedelic band is rich because he shows how “Tago Mago gave me permission to dream.” Tago Mago, along with a number of other Can masterpieces, will be reissued on vinyl alongside the release of the 33 1/3 book. –Stakerized!

Courtney Crumrin Vol. 6: The Final Spell
Ted Naifeh
Oni Press
Street: 08.20
The tale of Courtney Crumrin has always been seasoned with autumnal gloom, and this final volume doesn’t hold back.  Over the course of Naifeh’s graphic novels, Crumrin has been portrayed as the ultimate poster child for anyone who has had to face growing up without the luxury of a roadmap—it’s tough to answer the persistent questions about adolescence when you’ve got Night Things to deal with.  In volume six of the series, Crumrin has to forge her own path when she discovers a conspiracy that involves her uncle Aloysius, and it paints a poignant picture of the inevitable question that occurs in the lives of teenagers everywhere: What happens when the people who you trust most end up letting you down? Naifeh uses Crumrin’s world of the supernatural as an allegory for the struggles that appear during a person’s formative years, and his artistic style continues to bring that allegory to life—the wooden golems that the ancient Cerridwen Olds create to guard her swampy hovel are both fascinating and terrifying.  Naifeh wraps his epic yarn up nicely with a series of satisfying yet melancholy moments with the characters that have come and gone throughout Crumrin’s paranormal experiences.  –Alex Springer

Dead Letters Vol. 1
Christopher Sebela
BOOM! Studios
Street: 09.09
Though Dead Letters starts with a scenario that will always lend itself to further introspection—a man named Sam wakes up in a hotel room with no idea who he is—it’s the art of Chris Visions that ends up hooking the reader.  Somewhere between the work of comic book artist Sam Kieth and Production I.G, the anime studio that brought us the origin story of O-Ren Ishii in Quentin Tarantino’s Kill Bill Vol. 1, Visions uses a mixed bag of artistic wizardry to create images that bleed and soak into one another.  Sebela’s story fools you into thinking that Dead Letters is just another noir mystery, but once we discover why Sam can’t remember anything about his past, it’s tough to put the damn thing down.  As the nature of the story was engaging from both a visual and narrative perspective, it also created some plot snags that I couldn’t help but notice—most prominent was the portrayal of Sam’s ability to play three different factions against each other without any of them catching on, which seemed a bit far-fetched when considering the dangerous characters that were involved.  Regardless, Dead Letters looks to be a groundbreaking new series.  –Alex Springer

Elephantmen! Mammoth Volume 1
Various Authors
Image Comics
Street: 07.23
Elephantmen is an opportunity to read a collection of strange, endearing tales that will convince you that even mindless animals converted to soldiers can be affectionate, strong and caring. This collected volume walks you through a world in which mankind has been reduced in numbers by an extreme plague, and is then hunted by an army of walking, talking, savannah creatures. Fueled by brainwashed rage and countless numbers, these killing machines are sent to eliminate the human race for Mappo, a bloodthirsty warlord that financed his endless army. This book is stunningly exciting and beautifully drawn. The blend of newsprint style imagery, sharp writing and crisp editing makes the 450-plus pages fly by as you learn an entire alternate history in a wonderfully created “what if” scenario. Not only does it give the reader time to rethink the way we treat each other, but it also sends a clear message about the building of prejudice and the way both sides of the coin react to extreme treatment. Do not miss out on this hard-bound beauty—it has something for everyone. –Thomas Winkley

The Great Abraham Lincoln Pocket Watch Conspiracy
Jacopo della Quercia
St. Martin’s Griffin
Street: 08.05
The dilemma that authors face when telling a reimagined historical yarn with actual historical figures comes down to characterization.  How much license does the author take when fleshing out these characters? Too much, and they run the risk of turning an actual person into a mere caricature; too little, and they have a story that is destined to fall flat due to lack of reader interest.  In the case of Jacopo della Quercia’s steampunk reinvention of early 20th century America, the narrative leans a bit too closely to the latter.  The fictionalized versions of William Taft, his wife Nellie and Robert Todd Lincoln were surprisingly one-dimensional considering the amount of research della Quercia conducted into their lives.  From a plotting standpoint, the novel didn’t really pick up until the last third of the book, in which the heroes meet Sir Arthur Conan Doyle and duke it out with King Leopold II of Belgium aboard the RMS Titanic.  Della Quercia’s enthusiasm for American history and steampunk is evident throughout the novel, however.  Despite a few flaws, it’s a fun read for the history nerd in all of us.  –Alex Springer

Heavy Metal Movies
Mike “McBeardo”
McPadden
Bazillion Points
Street: 06.09
“Don’t judge a book by its cover.” Heavy Metal Movies debunks this saying entirely when it comes to the exceptional artwork and visuals painted by Andrei Bouzikov and layout by Bazillon Points. The cover actually gives the viewer a small teaser as to what type of flicks you will find inside the book. However, most of the movies from A to Z described in the book have nothing to do with heavy metal. You’ll find that most of the films fall under the categories of blockbusters, cult classics, plain classics, grind-house, B-horror movies and movies about metal music. Ninety percent of the metal music movies that are listed in the book are documentaries or musical films. Don’t get me wrong: All the flicks picked for this book are good, Ark of the Covenant–style face melters in their own way. We have good movies made by great directors and other, horrifically campy grindhouse movies, which makes them even better. HMM offers a top-notch approach to each review by giving the reader the movie title, year released, director and major actors, followed by combinations of short words to describe the film. I give this book two devil-horn hands up! –Joshua Joye

Marvel Comics: 75 Years Of Cover Art
Alan Cowsill
DK Press
Street: 08.18
In its prolific history, Marvel has had some of the most iconic artists of a generation pass through its doors and freelance artwork on the side, promoting a genre of entertainment that’s stood strong for nearly a century. This book gives you a detailed history of Marvel’s finest cover art that both dazzled and inspired future artists while provoking readers to plunk down their change to read what was inside. The book views it all from the early days of the company with Captain America punching Hitler in the face, to Spider-Man swinging into action in the ’60s, the mighty Phoenix conquering the X-Men and the Civil War saga putting heroes against heroes. DK put together a fantastic book with longtime Marvel writer Alan Cowsill giving details to their history and even a glimpse of drafts that could have been. The book weighs about 15 lbs., will take up a good amount of space on your coffee table and will set you back a pretty penny, but for the truly obsessed Marvel fan, it’s a must-have. Now all you need to do is figure out where the hell to shelve it. –Gavin Sheehan

Monsters in America
W. Scott Poole
Baylor University Press
Street: 10.15.11
Put aside your summer reading, because it’s time for Halloween. Monsters in America by W. Scott Poole is the perfect accompaniment to your horror film marathon this fall. This book delves into the sociological and historical aspect of horror—or to be more specific, monsters. According to Poole, monsters are the “underground history of the United States.” Monsters in America is a captivating read, covering everything from Tod Browning’s Freaks to Joss Whedon’s Buffy the Vampire Slayer. Poole is a tenured professor of American History at the College of Charleston, S.C., so, of course, the book is smart and engaging. Poole is the kind of professor whose lecture you would actually enjoy listening to. Pick up a copy and make a list of the horror films you need to re-watch now that you understand all of the sociological subtext. –Amanda Rock

Scott Pilgrim vs The Universe Color Hardcover
Bryan Lee O’Malley
Oni Press
Street: 08.13
Usually, it’s weird to ask fans to repurchase a comic book series they already own, but Oni Press and creator Bryan Lee O’Malley are making sure you get your money’s worth in this brand-new series of color editions. Some may view having a colorized version as a cheat, but in reality it does the series justice and gives some added perspective. As silly as it sounds, really seeing Ramona’s head glowing in this volume as opposed to some dots and squiggles hanging around her head gives it another dimension, as well as a peek into the eye of O’Malley to see what he was picturing this entire time. Aside from the beautiful designs, O’Malley has added in concept art, outtakes of designs, exclusive content to specific readers and potential promotional items that would have enhanced the experience for those who originally purchased the series. So, while it may be retreading over territory the artist has already covered, you’re getting what is essentially the final pass at the series, and every single bonus that wound up in the recycling bin, making this volume a must-have in what is becoming the definitive Scott Pilgrim collection. –Gavin Sheehan

Sex Vol. 2: Supercool
Joe Casey
Image Comics
Street: 08.05
There’s something admirably ballsy about rolling out a project and simply calling it Sex.  As sex is a word that is fraught with drama and complexity, it’s safe to say that a story that uses it as a title would follow suit—and Sex definitely does.  Thus far, the series has built a solid foundation from well-known superhero tropes—the billionaire-turned-superhero and the ambitious rookie, for example—only to explore the dark crevices and unfinished corridors of familiar comic book territory.  Casey’s narrative uses these traditional archetypes as a lens to examine more realistic issues like class structure, patriarchy and, of course, sexual politics.  Though I appreciate a more adult take on the superhero world, there are moments when it feels like the debauched Saturn City is merely an excuse for Casey to sacrifice complexity for gratuity.  Piotr Kowalski’s artistic style, along with colorist Brad Simpson’s deft use of neon greens and lip-gloss pinks, perfectly capture the story’s excessive tone—flipping through the pages feels like taking an acid trip through Patrick Bateman’s cocaine-and-violence-fueled subconscious.  For folks who like their comic book heroes to come packaged with emotional baggage and superhuman libidos, Sex is sure to satisfy.  –Alex Springer