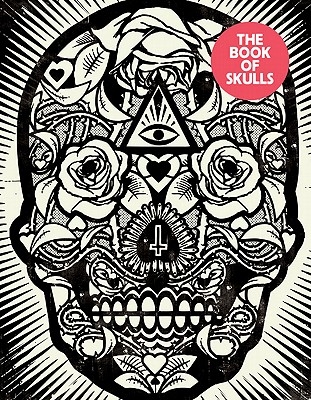 Appetite for Self-Destruction: The Spectacular Crash of the Record Industry in the Digital Age
Steve Knopper
Soft Skull Press
Street: 12.15.09
This book is so fast paced it reads like a thriller. I didn’t even mean to start reading it when I did- I had just picked it up and was kind of thumbing through, but I was sucked in right away. Detailing the fast and dirty rise and fall of the record industry in the last 40 years, it is hardcore account of the biz. From the reasonably profitable origins with the record to the outrageously profitable CD, record labels became accustomed to living fat and happy, with waistline to spare. But as the technology that had so generously padded their budgets turned against them when the MP3 was developed, the record labels lost control of their customer base by leaving the online market open for too long, unfilled by a legal product. The result was Napster, Kazaa, and the like, and cornered by their own inability to modernize and move forward with an online music product offering, the record labels made quick deals with Steve Jobs in order to offer their product online via his newly created iTunes. Problem is, no matter how great the number of single song downloads for 99 cents, it just doesn’t match the amount of money the Labels made with their “2 hits, 10 mediocre songs” album formula for $16.99 and up. In addition, the numbers just don’t add up anymore anyway, which, it is still speculated, has much to do with the hitherto unresolved piracy issues. It’s a good read, makes you think. –Ischa B.

Artist Management for the Music Business, Second Edition
Paul Allen
Focal Press
Street: 01.28
A valuable resource for anyone in or interested in the music business, Artist Management for the Music Business, now in it’s second edition, is an explicit look at the ins and outs of managing an artist as a brand and business. While reading it, there were times when I was inspired by the ideas and concepts, as someone who fancies herself both an artist and an entrepreneur. But just as often, I was overwhelmed by the sheer intricacy of the business and the many levels of involvement that are layered as the artist and business grow and evolve. Detailing commonly considered responsibilities like creating, recording and selling music, booking shows, etc. to the legal considerations necessary to sell your wares and tour in other countries, it’s an extraordinary resource when it comes to breaking down the nitty-gritty of actually capitalizing on the artist and the music produced by them. There are some examples of recording contracts and management strategies in the appendix section at the back of the book that are hands on and great at putting it all into real-world perspective. I believe this book is used in classrooms, so even though I didn’t find it hard to get into, don’t expect and easy-to-read feel-good. It hits hard, but it’s well-written, and for anyone interested in taking their art/artist to the next level, it’ll be a quick read. –Ischa B.

The Book of Skulls
Faye Dowling
Laurence King Publishers
Street: 09.07.11
I grew up seeing different skulls inside my uncle’s house, who is a former marine with a few pieces of corpse-like, military memorabilia, so Faye Dowling’s The Book of Skulls seemed to flip from page to page by itself as I mused over reproductions of this timeless symbol of mortality. Dowling presents images of different visual media––photos, paintings, sculpture, graffiti, optical illusions/arrangements, etc.––depicting variations on morbid craniums ranging from black and white to vibrant coloring, such as with Wes Lang’s winged head in Genesis Part 2 (Death). Dowling celebrates the skull in the glosses of the book’s margins, with much of the book’s perspective drawing from Latina/o and Hispanic traditions, such as El Día de los Muertos and cholo street tags. As someone who’s fascinated by skulls, it’s difficult to find a favorite piece in the book, but one that stands out for me is Marc Atkins’ The Hypaethral 22: It seems to be a print of an X-ray of a skull, which is both haunting and delicate as its caption reads “Atkins’ print explores the skull as the threshold for the human skull.” This is a great coffee table collection that’s sure to draw you in many times past the first run-through. –Alexander Ortega

Best Music Writing 2011
Guest Editor Alex Ross & Series Editor Daphne Carr
Da Capo Press
Street: 11.29.11
An annual compilation of the best music journalism of the year, Best Music Writing 2011 spans the spectrum of genres, aggressively representing as wide a variety of musical genres as topics and writing styles. Titles include “Growing up Gaga” by Vanessa Grigoriadis, New York Magazine; “Making Pop for Capitalist Pigs” by Jessica Hopper, Chicago Reader; “I wish I Knew How it Would Feel to Be Free: The Secret Diary of Nina Simone”, by Joe Hagan, The Believer; and many more, by well-respected novelists, journalists, musicians and others. It’s difficult to give the book an overall review, as I enjoyed some of the pieces but was bored or disinterested in others. I did find myself interested in new artists or music because of some of the works, and I thought that a very good sign that this book is doing exactly what it should. Compilations of any kind are a great way of being introduced to something you might not have otherwise, and that’s exactly what happened. I can definitely recommend it––I thought there were many more excellent pieces than dull ones. –Ischa B.

Fresh At Twenty: The Oral History of Mint Records
Kaitlin Fontana
ECW Press
Street: 10.01.11
The story of Mint Records is cool, but not necessarily an entire book’s worth of cool. In the early 1990s in Vancouver, a few dudes formed Mint Records with Sub Pop Records as their inspiration. It was a giant boost to the music scene there, and produced bands that gained heavy attention like The New Pornographers and Neko Case. Almost the entire book consists of direct interviews with the founders Bill Baker and Randy Iwata about their experiences and such. This becomes rather extensive and dull after 369 pages. The photos included are pretty rad, as well as the music references, but overall, this book seems like something that only people involved with Mint would appreciate. I would recommend skimming through this one. –Kia McGinnis

The Impossible: Rodney Mullen, Ryan Sheckler, and the Fantastic History of Skateboarding
Cole Louison
Lyons Press
Street: 07.19.11
The Impossible goes through skateboarding’s history from the ’60s to last year’s Dew Tour Finals, tying the life of Rodney Mullen into just about everything. If you know any skateboarding tricks, odds are Mullen invented them. Throughout the book, Louison complains about how the media only covers certain skaters—whether or not they’re the best—because those skaters are more marketable at the time, and yet Louison seems to do just that with Ryan Sheckler. The history and Mullen’s ever-secretive life/skating style are quite captivating, but the few chapters involving Sheckler feel like Louison is pandering to an audience that wouldn’t be reading this book in the first place. The fact that the cover features Sheckler instead of Mullen, who is the pivotal main character in both skateboarding and Louison’s book, seems to cement that notion. If you’re a skater, there’s no chance of you not enjoying this book, just ignore the parts that feel like a GQ article. –Johnny Logan

Inside Pee-wee’s Playhouse: The Untold, Unauthorized, and Unpredictable Story of a Pop Phenomenon
Caseen Gaines
ECW Press
Street: 11.11.11
From a short standup act by unknown comic Paul Reubens to pop culture superstardom, Pee-wee Herman has imbedded himself into the American psyche. Whether you remember him as a weird childhood hero or associate Pee-wee with public masturbation, Pee-wee Herman is an icon. Written like a textbook for film majors or Pee-wee superfans, Inside Pee-wee’s Playhouse takes an almost too-in-depth look at the creation of Reubens’ Pee-wee Herman universe. Caseen Gaines tells how The Pee-wee Herman Show, an SNL-style live stage show in LA, caught the attention of entertainment industry insiders and garnered an underground following, which led to the creation of the film Pee-wee’s Big Adventure. Gaines thoroughly examines the production of the television show Pee-wee’s Playhouse, covering topics ranging from inter-staff backstabbing to how they made Conky’s robot voice. Gaines also covers Reubens’ media crucifixion following his 1991 lewdness charge and his eventual comeback with 2010’s resurrection of The Pee-wee Herman Show. Included are overviews of every Playhouse episode—Gaines actually catalogues every “Secret Word of the Day.” The average reader may find this a bit superfluous, but it made me want to find my old Pee-wee action figure and spend the rest of the week watching old episodes on YouTube.  –Cody Kirkland

Mushrooms, Myth & Mithras: The Drug Cult That Civilized Europe
Ruck, Hoffman, Celdrán
City Lights Pubblishers
Street: 07.26.11
Ever wonder if the present is messed up because of all the drugs we do? Turns out we wouldn’t be here except for those drugs––In this book’s case, specifically magic mushroom, boomers, psilocybin. Now don’t expect that psychedelic subject matter creates psychedelic reading. This is academic research, straight up. I’ve always been a big proponent of the idea that history––the specific events, places, people and dates etc.––was never as important as understanding the larger picture of cultural shifts, movements, and trends. Like sure, Julius Caesar was an important guy, but the average Roman and why they did what they did is the real history. This book is all about the evolution of European culture, from ancient times right up through the advent and dominance of Christianity––and how it all started with and depended on shrooms. A little dry for a recreational read, but if you’re the mood for something harder, try this. I feel like I took a class on the subject. –Rio Connelly

Trust Me, I’m Dr. Ozzy: Advice from Rock’s Ultimate Survivor
Ozzy Osbourne
Grand Central Publishing
Street: 11.11.11
I never really thought that I would find myself believing that Ozzy Osbourne actually has much to say that I would care about. Sure, some of his lyrics and music have moved me, and my Paranoid LP is a coveted item, but would I take advice from the guy on life? Ehhh… Surprisingly, yes… maybe. Based on Osbourne’s advice columns in The Sunday Times and Rolling Stone, this book comes with a disclosure warning readers that the Prince of Darkness is not in any way an actual doctor of any kind, and any advice that is given should be received with extreme caution. This is especially true of the section where people actually wrote Ozzy with questions about honest medical ailments. I guess that anyone who can bite the head off a bat and live might have some something up their sleeve. The part that really threw me for a loop is that Osbourne actually gives pretty reasonable responses to questions and concerns about family issues and qualms. He manages to sound like a reasonably levelheaded guy and a half decent parent. Despite a few bits of good and hilarious advice, I would still suggest that you contact an actual doctor in the event of an actual emergency. –Ben Trentelman