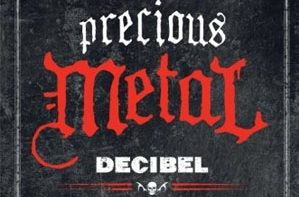 Ancient Gonzo Wisdom: Interviews with Hunter S. Thompson Edited by Anita Thompson Da Capo Press Street: 07.15 I’ll be the first to admit that I’m a Hunter S. Thompson fan boy. I own every book he ever wrote (and I’ve read some of them multiple times) and know tons of pointless trivia gleaned from the tomes that have been released since he offed himself in 2005. Despite my somewhat unhealthy obsession with this author, I just couldn’t get interested in this collection of interviews.  I’d pick it up, read a few pages and ultimately find myself putting it down to revisit Fear and Loathing in Las Vegas or Hell’s Angels. Ultimately, this collection feels like a repetition of Gonzo (both the film and the novel) and The Gonzo Tapes. I think its time the world collectively stopped beating this dead horse. –Jeanette Moses


I Lick My Cheese and Other Real Notes From the Roommate Frontlines Oonagh O’Hagan Abrams Image Street: 4.09 “I’m sorry I had to put my pee in the fridge.  I sealed it in a plastic bag, then this box, then taped it shut. –E” If you have ever had a roommate or lived with anyone, you have probably had the pleasure of playing a part in the exchange of polite, nasty, rude, and passive aggressive, angst ridden, or frustrated notes with the people you have the pleasure of living with.  O’Hanan has collected a number of these communications into this book and given the reader a very intimate peek into the lives of hundreds of co-habitants.  O’Hanan comments briefly on all letters by explaining some of the circumstances surrounding notes and also offering humorous interpretations.  The notes are broken up into four different categories: “I pay the rent. What do you do?” “You Stink Like a Big Fat Stinker.”  “I Lick My Cheese.” and “Why is My Bed Damp?” so there should be a little something in here for any roommate scenarios you may have encountered in your own life.  I would recommend this book to ambitious youngsters setting out to endure “not-completely-optional co-habitation” for the first time.  It may also be useful in dealing with that roommate who can’t figure out “Ashtray next to the bath – you can tell which is which by the size. Signed X (The one who uses the bath)” ­–Ben Trentelman 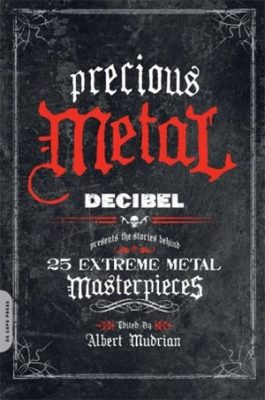 Precious Metal: Decibel Magazine Presents the Stories Behind 25 Extreme Metal Masterpieces Albert Mudrian (editor) Da Capo Press Street: 7.13 Running the gamut of styles from high-pitched arena rock bands (Black Sabbath and Diamond Head) to the depths of death metal (Cannibal Corpse and Repulsion) to the stony grooves of the south (Eyehategod and Down) to late-‘90s hardcore harbingers (Botch and Converge), Decibel Magazine has compiled the stories of some masterful albums from the mouths of the artists who made them. These tales of hyper-inflated egos, band tragedies and bad luck amount to member changes and breakups (Kyuss, Dillinger Escape Plan and At The Gates), while only one is still intact with the same lineup (Slayer). Almost completely in chronological order, the stories weave through the trends of heavy music with subtlety and nuance. Most of the stories reference other bands and influential albums that made the book. Precious Metal is required reading for any fan of heavy music (and any other genre, for that matter) who aspires to make an album for the ages. –Nick Parker 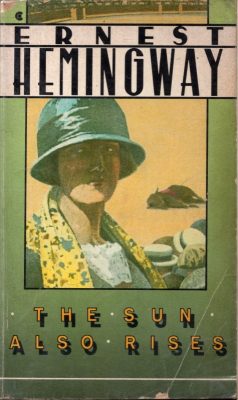 The Sun Also Rises Ernest Hemingway Scribener Press/Kindle Books [1926] In the past, the Hardboiled Book Club has typically read and discussed the works of newer authors. This month, however, we've chosen to examine Hemingway's classic account of The Lost Generation, The Sun Also Rises.

Maybe it's simply Hemingway's cultural relevance or his famous one-two jab style of writing, which went on to influence countless others. Or it might simply be that we needed a book, and this seemed like a good choice.

Or, perhaps, The Sun Also Rises is important, not for its plot, its style or its characterization, but for something more intangible. Once upon a time, American youth had a reason behind their apathy. Our generation might be just as lost as Hemingway's, but is it lost for disillusionment and devastation, or is it lost for something so meaningless that we can only describe it with an apathetic?

As Palahniuk observed in Fight Club, we have no great war, nor do we have a great depression. Sorry, kids, but the Bush administration's blunders and an economic hiccup simply do not constitute the same bloody tragedy as World War One or Black Tuesday. Maybe we should read The Sun Also Rises for a little bit of perspective—to understand what it a sin it is to communicate pain without really earning it. Maybe we realize that there is being lost because of something real, and then there is being lost because we are lazy, fearful, and willfully ignorant. Who at Urban Lounge was emasculated by a plane crash? Who do you see buying keffiyahs at the mall that may have actually been a part of a true tragedy, rather than general inconvenience? Only a small percentage of the bovine-eyed hipsters you see at the club, wearing their practiced weltschmertz on their faces, have ever had to face cold, hard reality. So perhaps we read Hemingway to realize that this generation isn't lost at all—it just has some significant growing up to do. –JR Boyce