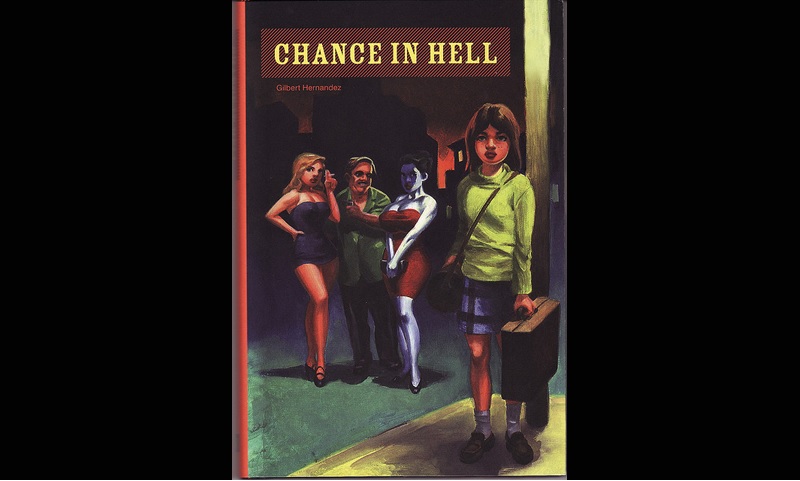 Gilbert Hernandez is a crafty son of a bitch. He weaves a story that is as poignant as it is troubling and tense. Chance in Hell tells the story of Empress, an orphan who is raised in what can only be described as a post-apocalyptic no-man’s landfill on the edge of a city. Empress is given a better life, gradually and surely, but whether or not she truly embraces her newfound comfort is the secret behind the story. Caught in a drawing style that echoes and resonates with the post-war style of Beetle Bailey and Archie, Hernandez’s story is a striking contrast and parody of their themes and attitudes. Emotionally, the characters are more vibrant, but still reminiscent of, the existential undergrowth of Daniel Clowes’ universe in comics, like A Velvet Glove Cast in Iron. Tragic and compelling in equal doses, Chance in Hell is another unsettling home-run hitter. –Erik Lopez