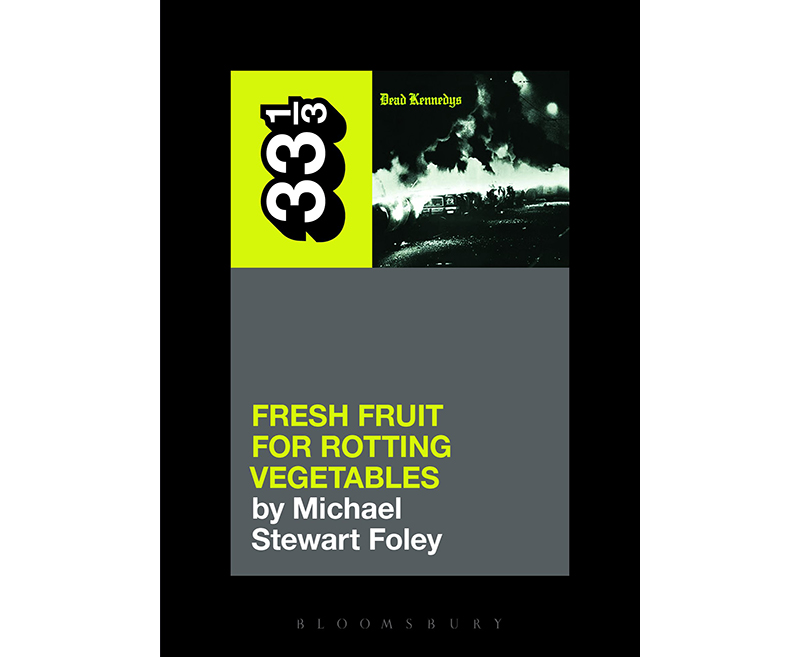 Michael Stewart Foley’s Fresh Fruit For Rotting Vegetables casts Dead Kennedys as a product of the darkness and seemingly hopelessness of the late 1970s. Foley shows their forming and the release of their debut album to represent a catalyst for the frustration of a generation that was given the promise of prosperity in the 1960s and then proceeded to watch that promise be dismantled by the Vietnam War, Watergate and the rise of gentrification in San Francisco during the post-Summer of Love era. This narrative is told through a brilliant, if not somewhat biased, analysis of Dead Kennedys’ gallows humor song material and actions during the controversial events like the murder of Harvey Milk and Mayor George Moscone and the ridiculous circumstances surrounding the release of his murderer Dan White, and the emergence of the oppressive system of government under Mayor and landlord Dianne Feinstein—who Dead Kennedys’ vocalist Jello Biafra ran against for Mayor of San Francisco in 1979. In doing so, Foley also casts a favorable light on the political stance of punk and suggests that their dire situation as a marginalized community organizing against an oppressive system was not only necessary but almost natural for punks taking cues from the Yippies and other radical groups of the 1960s. This book is essential to your understanding of punk as a threat and why this iconic album represents that. –Nick Kuzmack