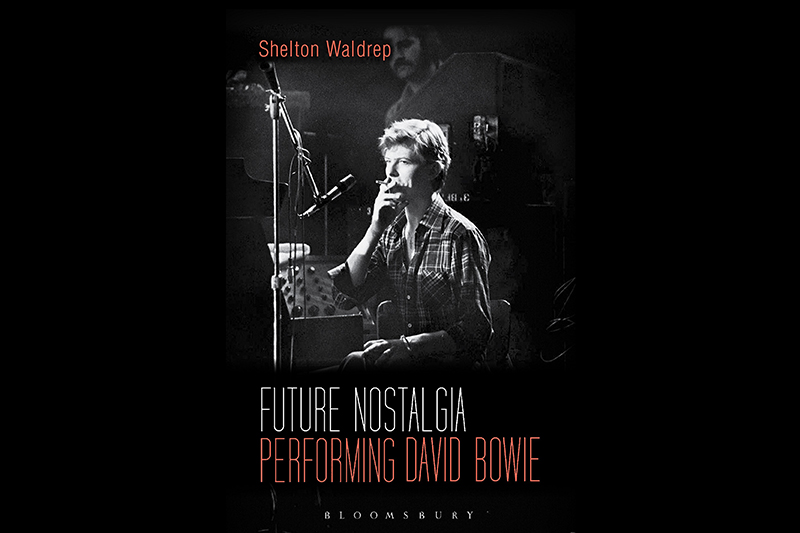 If you have an interest or even a love for the significance of David Bowie and how he shaped our collective appreciation for all things that define the art world, this book should attract your attention. Shelton Waldrep’s Future Nostalgia: Performing David Bowie is a fascinating dissection of the man myth and legend that is/was David Bowie.  This study is a remarkable compilation that needs time to be digested. It not only celebrates Bowie’s influence in pop-culture, but also makes a point in how he  reshaped the understanding of low and hi-art. To do this, Waldrep highlights key aspect of Bowies’ decade’s long career in music, film and the arts. In doing so, the author provides readers with a well thought out analysis that covers a variety of subjects ranging from Bowies defining influence through genres and sub-genres, particularly with subjects pertaining to gender, performance and dandyism as well as an in-depth look at the structure if his music. To make his case with each subject, Waldrep cites academics like Richard Hebdige and former rock critic Simon Frith. With his sources the author does a stunning job providing six well-researched articles that take a thorough look at Bowies work and legacy.  Subjects of special note from Future Nostalgia should include Waldrep’s exploration of Bowies famed Berlin Trilogy and the deep look into his style of performance—especially his influence from romantic and eastern notions.  The reason for the particular note on the Berlin Trilogy, is the authors explanation that these albums recorded in Europe in the late 1970’s with Brian Eno is a mode of Bowies self-exploration and push into the experimental and a sort of reshaping the very aspect of pop music into something more than it’s bare simplicity. Though to be sure, Future Nostalgia is not a book that one reads in one sitting, it a rigorous and logical study and does require time to digest. The importance of this book should not be understated since the author’s explanation of Bowie as a vital celebration of the avant garde in his role of creating and recreating his work and is crucial to comprehending hi and low-arts cultural progression over the last six decades.  That said, this should not deter readers as this is as an essential study of one of recent history’s most remarkable renaissance men. It is not just for Bowie fans mind you as this book takes readers to the logical next step in the expanding arena of Bowie studies while also being a guiding light to understanding the complexities of pop-culture. —Nick Kuzmack