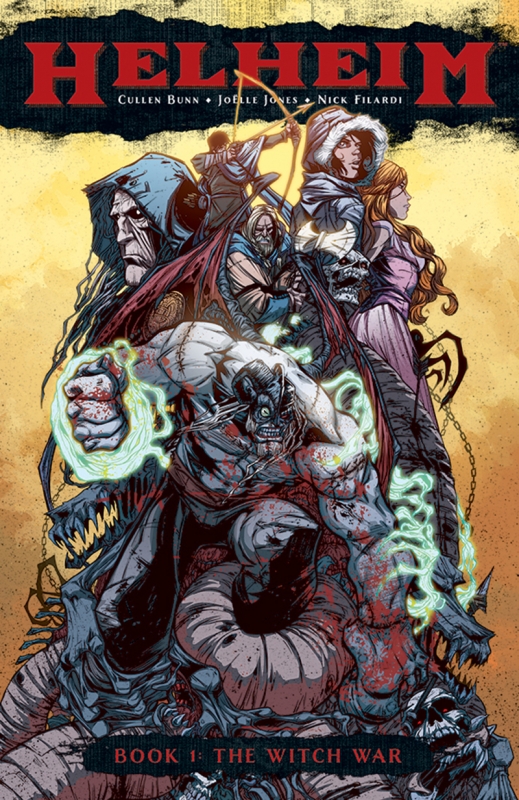 When I heard this was a comic about witches, demons, vikings and the risen dead, my inner metalhead started headbanging windmill-style. Helheim follows the life and undeath of a warrior named Rikard, who is decapitated by skeletons in his hometown and brought back from the grave by Bera, his witchy lover. After death, he essentially becomes a giant zombie hulk warrior, and participates in a war between witches that threatens to starve and kill everyone in the surrounding area. At first, the writing is decent enough, with a shoestring plot that does just enough to fill the space between scenes of blood-soaked death and violence. Joëlle Jones renders each panel with stylish and brutal illustrations that border on the grotesquely beautiful. Her art is definitely the high point of the series. As each chapter passes, however, the narrative grows progressively duller, relying far too heavily on cartoonishly hypermasculine one-liners to carry the plot along. As much as I enjoyed the badass fight sequences between frankenviking and a smattering of witch-spawned horrors, Rikard was a protagonist-shaped hole in the story. Ultimately, Helheim was an enjoyable read, but it was more Godzilla than Northlanders. Be prepared for pages and pages of grunting. –Henry Glasheen
Photos: