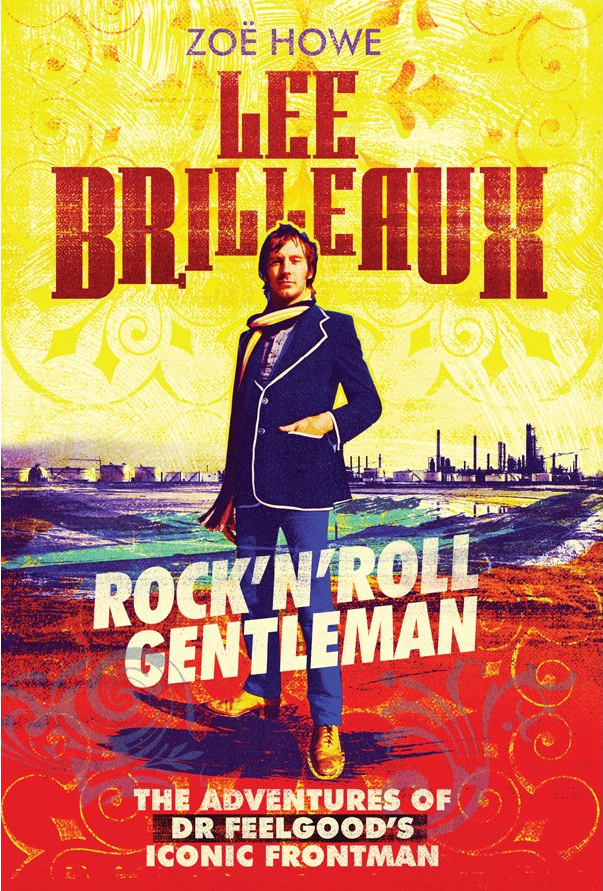 If there were an alternative to 1970s charts music, Dr. Feelgood were that group. They not only stood apart, but by sticking to their roots, they also subsequently influenced a whole new generation of punk and otherwise that would come after. The story of the infamous pub rock/protopunk group is really a tale narrated by the magnitude of Lee Brilleaux’s character. Brilleaux was a man born in the wrong decade. Throughout Brilleaux’s life, he carried a formidable love for the raw nature of the blues, and it was unparalleled and arguably out of place in the backdrop of 1970s England. The practice at that time was to celebrate all that was glitter and gold. However, by defying that trend, Dr. Feelgood carved their place in the music world by playing the raucous power of R&B-infused rock n’ roll.

Author Zoe Howe doesn’t pull any punches when telling this story. The way she weaves the tale of Brilleaux together makes it one that is easy to relate to. It’s a story that is charming, and it easily highlights the charismatic qualities that made Brilleaux an icon. He was very much his own man, a rebel, a leader and out of place—Brilleaux was a character of endless intrigue.  Howe’s narration of Brilleaux’s extraordinary life touches on a part of humanity that is truly rare to witness. Brilleaux was passionate about music. He loved what he did, and it showed in the oddest and the best of ways, like jumping off to tour just after being married. Perhaps, though, the most obvious example would be his ceaseless driving of Dr. Feelgood’s success until his death, and seemingly beyond, with the band’s current formation.

Howe tells the story with an impressive amount of research that draws on the experiences of those close to Brilleaux, such as Sparko, The Big Figure, Chris Fenwick, Johnson and Brilleaux’s wife, Shirley. This biography does offer a glimpse into his private life, but takes an extended narration about the progression of Dr. Feelgood’s tours, releases and formations. In a way, this makes sense, as Brilleaux was very much the public face of the band. Without him, it simply would not be.

This all being said, I highly recommend this book to true lovers of all things rock n’ roll. Brilleaux was unique, and this world would be only so lucky to have someone like him grace our lives with a compelling sound and presence, made clear thanks to Howe. If you are familiar with her other works, then picking this up should not be stretch. –Nick Kuzmack