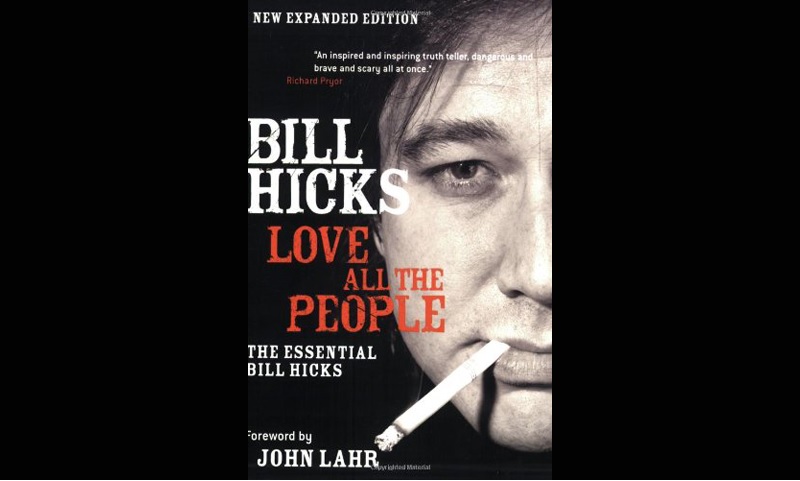 For the uninitiated, the book will likely read as a strange, awakening and perversely offensive post-humous chronology of a warped, angry little man, though god-damn funny. To those already primed in the legacy left by Hicks, this book might very well be regarded, along with the classic transcendentalists, as The Portable Hicks. The book is a collection of live stand-up transcripts, letters to friends and family, and observations made of Hick’s final months of life both on and off stage. Because much of the book wasn’t authored, but transcribed from stand-up comedy performances during his panacea-driven career as a stand-up comic, any reader who hasn’t seen any of Hick’s phenomenal on-point stand-up commentary is going to be vaporized by Hick’s candor (but will certainly miss out on the humor value of the theatric effects which accompany Hick’s fantastic and vastly under-circulated stand-up performance). I recommend seeing the DVD Relentless before a book purchase for the full effect. However, Hicks is so genius and hilarious, whether in print or on stage, you WILL shit yourself; it’s just a fact of certainty. Citing Tom Waits; “Bill Hicks: blowtorch, excavator, truth-sayer, and brain specialist, like a reverend waiving a gun around. He will correct your vision. Others will drive on the road he built.” – J. Richmond