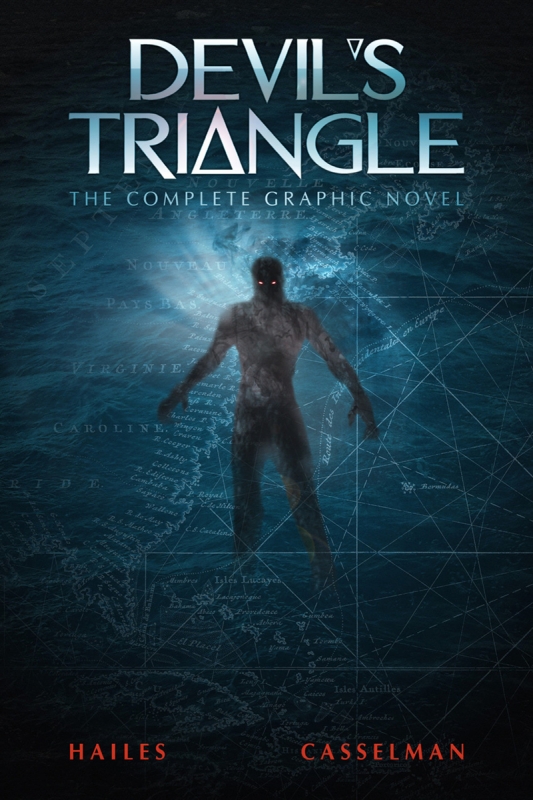 Danger Mouse’s The Grey Album (33 1/3)
Charles Fairchild
Bloomsbury Academic
Street: 09.25.14
Charles Fairchild not only documents the events surrounding the release of Danger Mouse’ s The Grey Album but also gives a well-researched and concise analysis of the record industry over the past 15 years as the basis for his book. As Fairchild stresses, the book is not a biography of Brian Burton, nor does it dig deep into his extensive musical career or influence. Rather, the research Fairchild gathers uses an analogy comparing ownership of intellectual property—the album’s place in a digital world—to the ownership of farmland as a fertile place to produce a consumable product. While this is an interesting realm to explore, Fairchild’s scholarly approach to the subject matter may bore some readers—this reviewer being one of them. –Darcy Russell

Devil’s Triangle: The Complete Graphic Novel
Brian Hailes and Blake Casselman
HailesArt
Street: 03.31.14
Devil’s Triangle initially feels like many things you’ve read before—but when characters start dropping like a George R. R. Martin tale, you realize you’re in the hands of a story that does not care what you think. Loosely, Devil’s Triangle is about a crew stranded in the Bermuda Triangle—mishaps, demons and zombie sailors abound, but then you realize this setup is more allegorical and the plot and artwork are representatives of far deeper themes. The cover art for this graphic novel is beautiful, and the black-and-white interior creations show the emotions of our heroes with such details that you really start to care for our remaining crew. The writing is intriguing and paced aggressively, which fits perfectly, considering the amount of action in this story. Before you know it, the novel will be over, which is a welcome testament to page-turners. I was surprised how much I enjoyed reading it, and even more entertained by the deeper levels that came out from second and third reads. This graphic novel suits the thinker and those looking for hard-candy fun. Please enjoy. –Benjamin Tilton

Hole’s Live Through This (33 1/3)
Anwen Crawford
Bloomsbury Academic
Street: 12.18.14
While many may not admit to it immediately, it’s probably a safe bet that your average rock fan from the ’90s keeps Hole’s Live Through This in their collection. And why not? Following the death of Kurt Cobain, tons of fans were looking for a musical outlet, something to snag onto in the wake of Nirvana’s demise, and Hole seemed to fit the bill for many. The immensely successful 33 1/3 series from Bloomsbury examines the album track-by-track through the eyes of writer Anwen Crawford (The Monthly), giving both a historical frame of mind to the album, as well as deconstructing the themes behind seven tracks. While the book is informative and, at least for myself, rejuvenated new life into the album, it feels like there’s something missing here. It doesn’t cause detriment to the book in any way, but there’s very much a sense of asking the author at the end: “…And?” If you haven’t had a chance to experience this album, give it a listen, then give this book a read, and then give the album a second shot. It’s not going to make it your favorite overnight, but it will definitely give you an appreciation for what Hole was trying to make and the impact they had on grunge. –Gavin Sheehan