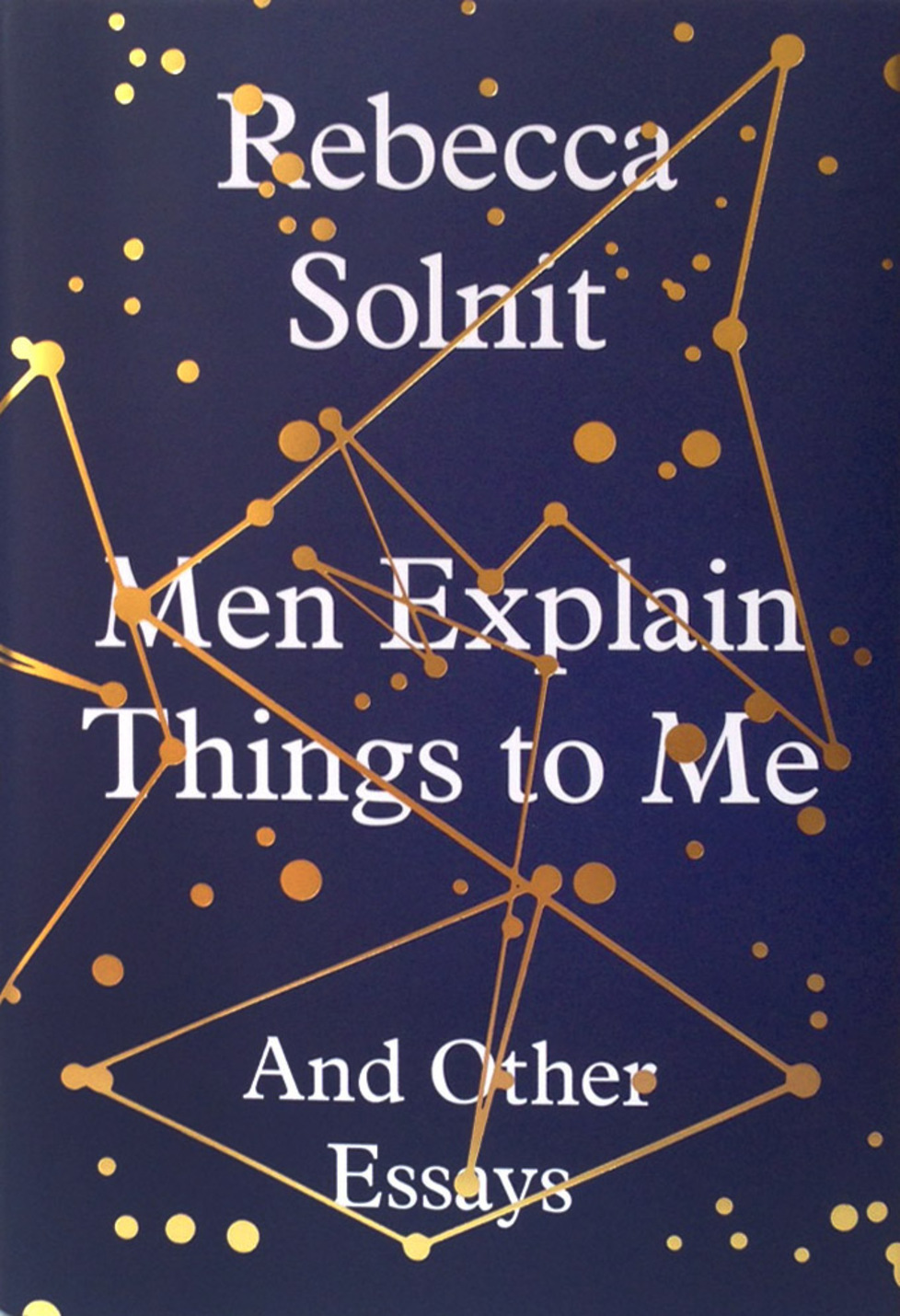 Review: Men Explain Things To Me

Rebecca Solnit’s 2008 essay inadvertently coined the now-popular portmanteau mansplaining. In her updated essay collection, Solnit takes her scope from the sometimes comical, mostly annoying phenomenon to the geopolitical: the sinister and overwhelming structures by which women are silenced or otherwise oppressed. Firm and articulate, Solnit references Greek mythology, the Zapatista revolution, #YesAllWomen and more to parse through such grim, fraught topics as gender violence (see: Jyoti Singh, Steubenville High School, Dominique Strauss-Kahn, Isla Vista). In one spectacular essay, Solnit reflects on Virginia Woolf, and with the same long, Woolfian sentences, Solnit embraces Woolf’s embrace of the unknown, the search for the freedom to become lost. As she connects disparate writings and ideas with gender and revolution, Solnit calls attention to how the abuse of power is a slippery slope—how the “airtight categories” we ascribe to misogyny (mansplaining vs. date rape vs. murder, for example) distorts what is ultimately the same struggle. Still, Solnit is hopeful. Men Explain Things to Me is a tribute to the women who came before; the women still going; and the women who will come after, for whom we struggle, and who will continue the struggle. After all, Solnit writes, “Revolutions are first of all ideas.”