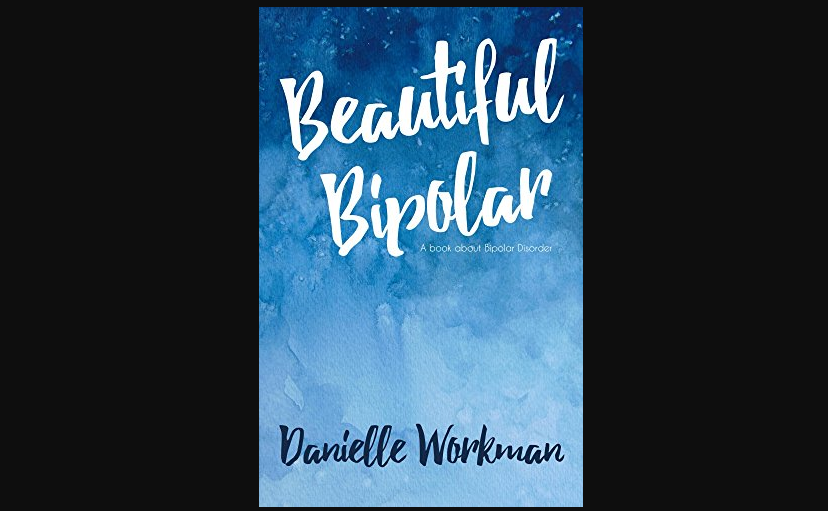 Beautiful Bipolar is an oddly charming glimpse into veering fear, resignation and radical hope. Danielle Workman carefully and consciously addresses the reader directly and deconstructs the socio-cultural stories that feed mental health struggles. Her narrative is normalizing yet raw in its honesty while advocating for self-worth and support, including a concluding chapter urging readers to seek resources and education. Workman includes interesting intermingling of quotes and journal entries between her chapters recounting the story of her journey through mood disorder and treatment. Stark snapshots of her explorations in therapy make her story acerbic and relatable via blunt passages: “It feels almost insulting to share an office with professionals who seem to have their shit together all too well, while you sit across from them, a blubbering and grotesque mess.”

Workman takes cleverly bitter bites against the cloying positivity of popular self-help autobiographies and delves directly into suicidality with candor and vulnerability, including a surprisingly lucid recollection of being discovered by her fiancé post medication overdose. The book whirls through quick chapters of the sensory nostalgia of simpler, youthful hope mixed with frenetic escape and relational conflict, a rather appropriate oscillation of emotions reflecting the nature of the author’s struggles. Workman’s writing grapples with repetitive language, occasionally messy grammar and some lacking in narrative complexity. However, the simplicity of her writing is accessible to all readers.

Through the filter of her brash honesty, Workman ultimately embraces the beauty of “I don’t know” and a willingness to remain curious for the complex and longstanding process of healing. This balanced tension of hurt and hope help prevent her writing from feeling mired in victimhood. Her final chapters include an honest suicide note narrative, “Dear Family,” which is immediately met with warm acknowledgments of gratitude for the people and experiences that supported her hard-fought survival. Beautiful Bipolar is a clever and compassionate picture of mental illness which occasionally struggles with its methodology yet delivers a kind and connected message. –Paige Zuckerman