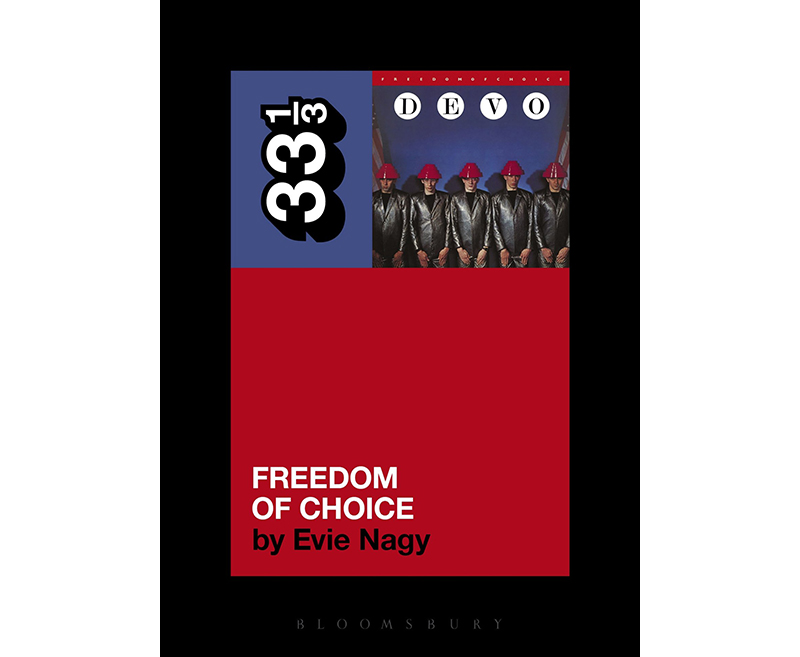 It is interesting to hear an album and then read the significance of its story. This book details the significance of Freedom of Choice, the third album in Devo’s impressive catalogue and arguably their most notable. Author Evie Nagy goes into great detail behind every track and the reason for their long lasting significance. Freedom of Choice has also influenced those like Portlandia’s Fred Armisen and Nirvana’s Kurt Cobain. Nagy further discusses Freedom of Choice as the album that brought out Devo’s remarkable ability to pronounce the subversive in preaching de-evolution and ironically in doing so, accidently created the hit for which they will forever be known and misunderstood—“Whip It.” Unfortunately, while Freedom of Choice was remarkable, Nagy also considers it the peak of Devo’s career as it was the last time the band truly functioned as a whole. This is certainly an interesting read, though it does seem to jump from place to place. I’d recommend this for any Devo lover, or if you happened upon Freedom of Choice in a record shop—like I did—and want to know more. –Nick Kuzmack