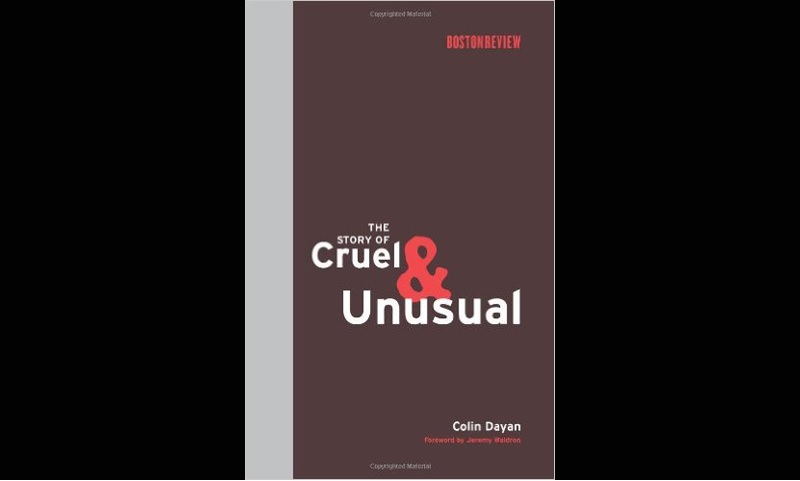 Review: The Story of Cruel & Unusual

The story of the eighth amendment prohibits cruel and unusual punishment and is taken from the English Bill of Rights. While seemingly straightforward in its lay representation (not excessive punishment in light of the crime), Colin Dayan in her concise, erudite and swiftly accessible introduction to the eighth amendment shows that this may not be quite as easy and breezy as one might think. Using slavery as the basis for defining “cruel and unusual,” Dayan shows how the current usage of the amendments language has all but prevented cruel and unusual punishment. Dayan shifts coolly from 19th Century slave laws to current Supreme Court rulings (where mining, nit-picking and hollowing out the semantics of words is the norm) to the Bush Administration’s “war on terror” helping define what is cruel and/or unusual. Penetrating in its brevity and quick to show where the spirit (and letter) of the law fail, The Story of Cruel & Unusual is a foundational text for further study about the eighth amendment and its implications. –Erik Lopez