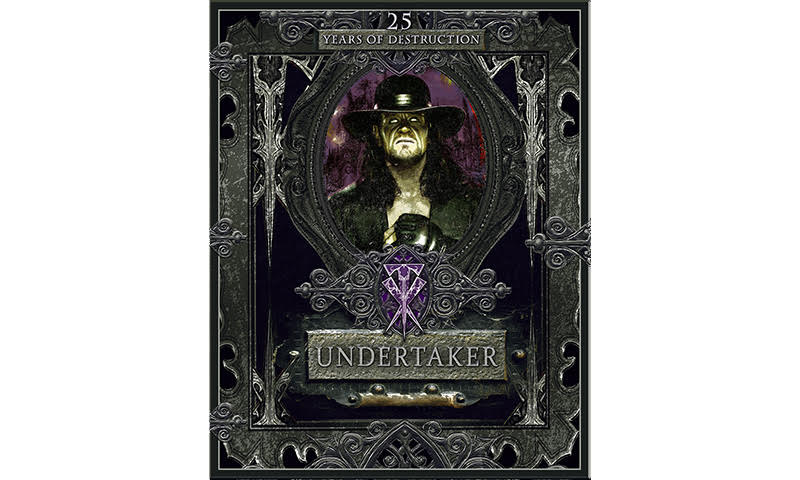 November 22, 1990: The Undertaker makes his debut at the then WWF’s Thanksgiving pay-per-view event, Survivor Series. A cartoon-like character that fit right in with the company at the time, a tall mortuary caretaker who gained mystical powers over the years, including being able to take over lighting systems and fog machines. For 25 years the character has sustained as one of the benchmark personalities and attractions for WWF/E, morphing and changing with the times, being a leader of the locker room for two decades of that time. This book chronicles most of it, from the early days of the deadman, through the purple phase, The Ministry, the American Badass, returning to black, The Streak, up until at least Wrestlemania 31. Like most DK books about the current WWE product, there’s a lot of white-washing, specifically blood and old WWF/E logos. You can clean it up all you want, but I know damn well Mick Foley was bleeding at Hell In A Cell—stop trying to censor my memories! It was nice to see that they didn’t photoshop or totally gloss over wrestlers they didn’t like at the time (cough-CM Punk-cough), but the book does feel more storytelling-driven picture book than behind-the-scenes retrospective. If you’re a fan of the character, the book will make a fine addition to your collection—but if you’re looking for depth, maybe you should glance through it to see if you truly want it. – Gavin Sheehan