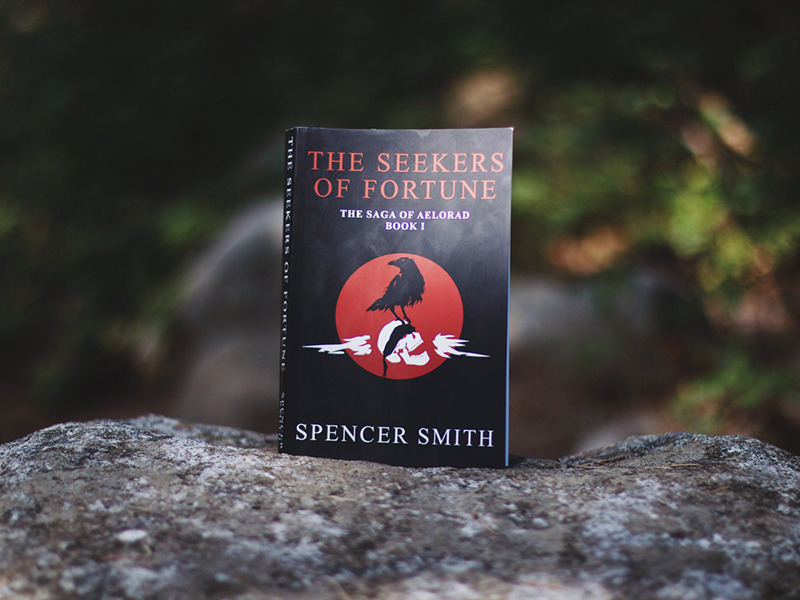 Writing and self-publishing an epic series of high fantasy novels is about as easy as a jaunt to Mount Doom, so I have to hand it to local author Spencer Smith. As the first installment in his Saga of Aelorad series, Seekers of Fortune is brimming with enthusiasm and a deep love for his chosen genre. In a yarn that reads like a Dungeons and Dragons campaign set against the Italian Riviera, we meet Davlin, a mercenary on the run from his sorcerous lineage. Before long, Davlin’s fate becomes intertwined with a group of lost souls who accept a contract to track down the lost tomb of a powerful sorcerer. The quest narrative and fantastical character builds will be familiar to any fan of the genre, which happens to be the novel’s greatest strength. Unfortunately, that familiarity along with a desperate need of a proofread happens to be its greatest weakness as well. Fantasy lovers who are itching for a rough-cut tale about a group of underdogs undertaking an impossible quest will undoubtedly enjoy Seekers, but those who like their swords and sorcery spiked with a bit more nuance and thematic heft may wish to seek elsewhere. –Alex Springer

Editor’s Note: The version of Seekers of Fortune reviewed here had not yet been proofread. There is an updated version of this book that has been revised.