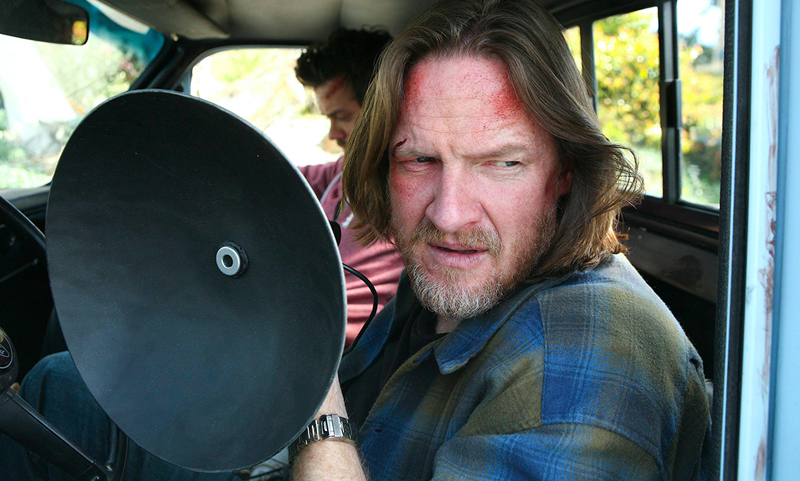 Beware the Ides of May!

(Take that, Shakespeare—I can fabricate ominous phrases, too.)

For those of you not hip to the inner workings of the TV biz, May marks the end of the traditional television season, and when networks start canceling underperforming series. In other words, they’re gonna fucking kill your favorite show! It’s a personal vendetta against you and your impeccable TV taste! I know; I’ve been there.

No amount of critical buzz, and especially no “Save Our Show!” online petition, can stay the execution of a barely watched gem. Many a great series has been put down after only a single season, most infamously Firefly and Freaks & Geeks. Neither will be discussed here, because infamy.

Instead, this month’s “Content Shifter” (which, incidentally, is the third-most popular feature on SLUGMag.com, right behind “Local Bong Reviews” and “404 Page Not Found”) will turn you onto 13 under-the-radar shows that met their untimely demise after Season 1:

Terriers (Season 1 on Amazon and iTunes) 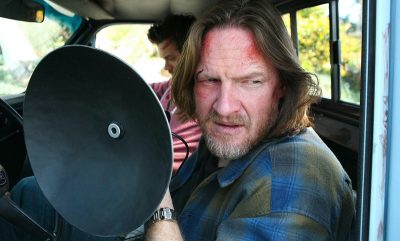 Terriers is confusingly titled and was canceled by FX in 2010. Ex-cop Hank Dolworth (Donal Logue) runs a low-rent, beachside private-detective operation in Ocean Park, California, pining for his ex-wife and generally fucking off. But when a small-time case leads to a big-time political scandal and bodies start dropping, he’s in way over his head—and, like a terrier, Hank won’t let go. Thirteen episodes of SoCal crime-noir at its finest (and grungiest).

Action (Season 1 on Amazon and iTunes) 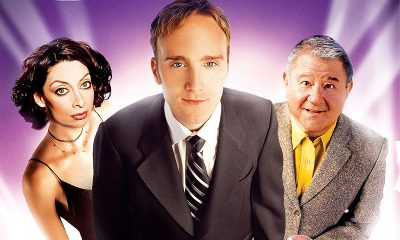 In 1999, Fox produced a bitterly pointed, caustically funny dark comedy that took a Schwarzenegger-sized shit all over Hollywood, led by a scumbag character named “Peter Dragon” (Jay Mohr)—yet, somehow, Action didn’t catch on. HBO or Showtime would have been a better home for Action (Fox only aired eight of 13 episodes, dumping the rest to cable), but glorious asshole Peter Dragon wasn’t built to last.

Wonderfalls (Season 1 on DailyMotion *at the time of publishing) 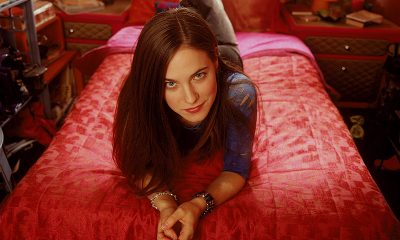 Star Caroline Dhavernas once described her 2004 Fox series Wonderfalls as “Touched by an Angel on acid,” and I won’t even attempt to improve that. Dhavernas (later on Hannibal and the obscure treasure Mary Kills People) and writer/producer Bryan Fuller created such a weird world of talking toy animals and existential angst, it’s a wonder that Wonderfalls managed to air 13 episodes on network TV. Best watched with herbal enhancement.

The Grinder (Season 1 on Hulu and Crackle) 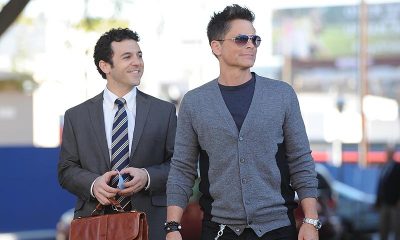 Again, Fox? Why you gotta cancel everything? In 2015’s The Grinder, Rob Lowe played an actor who played a lawyer on a hit legal drama called The Grinder—follow? After the show is canceled, Lowe returns to his small, Idaho hometown to work in his brother’s (Fred Savage) real law firm. Life-imitating-and-irritating-art shenanigans ensue. The Grinder was supremely stoopid but still smarter and funnier than most everything Fox has produced since. 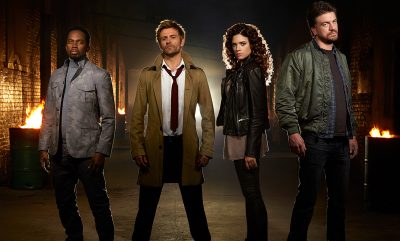 After a rocky start in 2014, NBC’s Constantine (based on the DC/Vertigo comic book Hellblazer) evolved into a highly-entertaining supernatural series … just in time to be canceled after 13 episodes. British actor Matt Ryan injected sorcerer/demon hunter John Constantine with a snarky cynicism that did the comic justice; NBC just didn’t know what to do with him. Constantine, the character, lives on in The CW’s Legends of Tomorrow.

The Middleman (Season 1 on Amazon and Google Play) 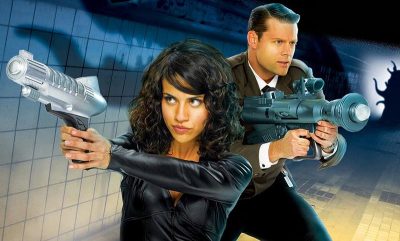 Another comic-book adaptation, 2008’s The Middleman was a goofy romp notable for its rapid-fire pop-cultural references, odd-fit home (ABC Family?!), and co-star Natalie Morales in leather pants (inappropriate yet bootylicious for a Disney channel). The Middleman (Matt Keeslar) battles alien and supernatural threats, Men in Black–style, with Wendy (Morales) is his wiseacre apprentice; much big dumb fun is had. 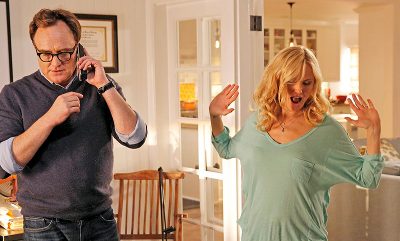 A party girl (Malin Akerman) falls in love with and marries an older man (Bradley Whitford), much to the dismay/disgust of her BFF (hey, Natalie Morales again) and his two ex-wives (Marcia Gay Harden and Michaela Watkins). Saddled with a divisive and misleading title, 2013’s Trophy Wife had a killer cast, sharp writing and critical acclaim to burn, lasting 22 episodes before the ax dropped. Whitford can’t catch a break.

The Good Guys (Season 1 on Amazon) 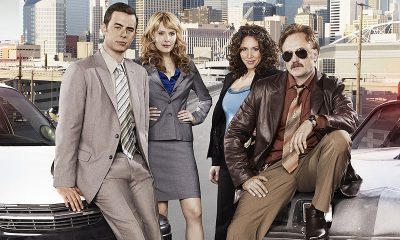 Case in point: The Good Guys, a 2010 Fox (ugh …) series that was 50 percent buddy-cop drama and 210 percent lunacy, featured a mustachioed Whitford at his freak-flag funniest, only to be shut down after 20 episodes. Dallas detective Dan Stark (Whitford) is an old-school, loose-cannon cop who hates “computer machines” and “smarty phones”; Det. Jack Bailey (Colin Hanks) is his by-the-book partner. A cop show for people who hate cop shows.

Warren the Ape (Season 1 on Amazon and iTunes) 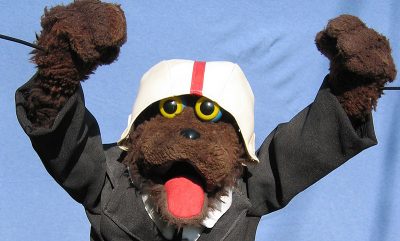 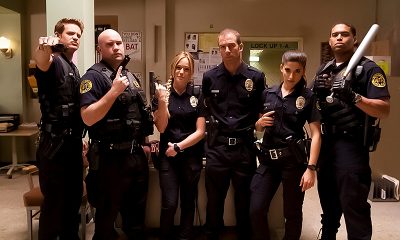 Another one-and-done MTV series, 2011’s Death Valley followed the twilight cop cases of the Undead Task Force, who are charged with policing vampire, werewolf and zombie crimes in the San Fernando Valley. MTV wasn’t the place for a bloody blend of dark comedy and genuine horror. Death Valley probably would have lasted longer than 12 episodes on Syfy, or any other cable outlet. Still, it gave Tania Raymonde’s (Lost) eyebrows a chance to be funny. 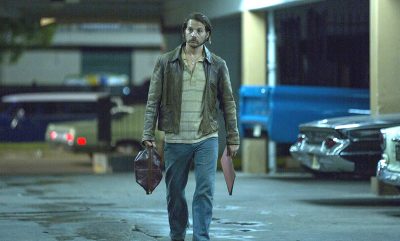 Quarry was the Memphis-barbecued second season of True Detective everybody really wanted—too bad it went unwatched on Cinemax instead of HBO proper. This ’70s crime-noir series was grittily crafted and spun with jarring twists, and Logan Marshall-Green‘s seething performance as a Vietnam-vet-turned-reluctant-hitman should have won all the awards. Instead, Cinemax cancelled Quarry after an eight-episode run in 2016. 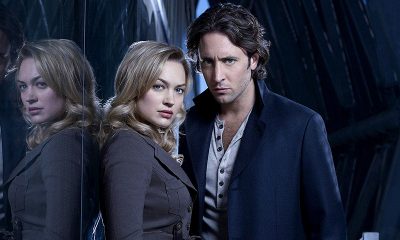 Not so much “good” as “so hilariously bad it’s ironically good,” 2007 CBS vampire drama Moonlight was either a rip-off of Angel or an attempt to cash in on pretty-vamp Twilight mania. Whatever the plan, it didn’t work: CBS staked L.A. private dick Mick St. John (Alex O’Loughlin) after 16 ridiculous episodes. Even funnier than a vampire detective was his girlfriend, a “famous” “internet journalist.” In 2007? And she’s not on TMZ? Please.

Kolchak: The Night Stalker (Season 1 on Amazon and iTunes) 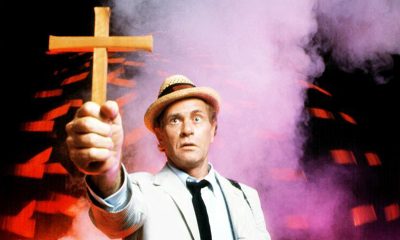 Now here’s a supernatural investigator and a real journalist, Carl Kolchak! Kolchak: The Night Stalker only lasted 20 episodes over 1974 and ’75, but actor Darren McGavin’s rumpled-Chicago-newspaper-reporter-inspired myriad sci-fi series over the decades—most famously, The X-Files. Sure, it looks cheesy now, but Kolchak was groundbreaking, disturbing shit in the post-Exorcist ’70s. Warning: Avoid the 2005 reboot, as it suuucks.