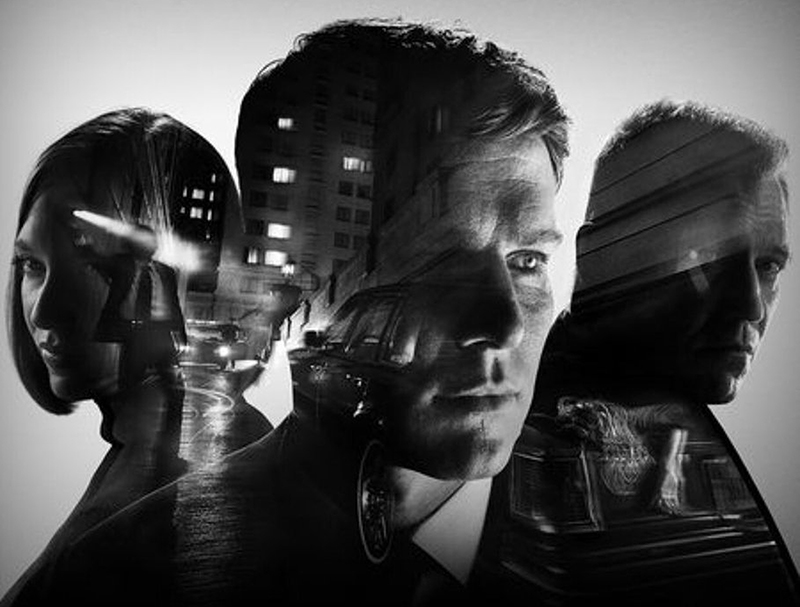 One of my favorite SLUG features from the olden days of the mag was “Serial Killer of the Month,” a regular grunge-era column that itself assumed room temperature in 1997. Some loved it; some hated it, though most gave absolutely no fucks when it disappeared (see also: Helen Wolf, circa 1996).

Fast-forward 20 years later: People can’t get enough of serial killers—books, podcasts, Etsy subcategories (go ahead, search it) and, of course, TV series. Movies? Not so much, because you can’t spell “serialization” without “serial.” Only so many murder victims can be squeezed into a two-hour flick, but a six-to-13-hour serialized TV show? Now we’re talkin’ respectable body counts (not including Ice-T’s cranky hood-metal band).

Here are eight of the best serial-killer TV shows currently available in the streamverse (“all killer, no filler” setup not included—you’re welcome): 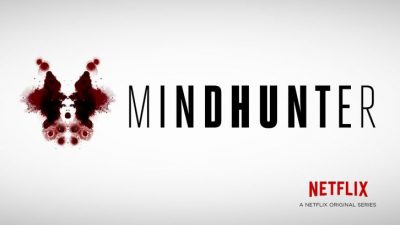 FBI agents Holden Ford (Jonathon Groff) and Bill Tench (Holt McCallany) team up with psychology professor Wendy Carr (Anna Torv) to learn from incarcerated murderers how to profile future serial killers—it’s 1977; this isn’t a thing yet. The trio’s individual backstories and character quirks are slowly unveiled over 10 episodes of kicking against skeptical Bureau pricks with their “egghead” approach, but it’s the killers themselves who steal the show. Particularly, Edmund Kemper (Cameron Britton) is such an intelligent, amiable nerd, it’s almost easy to overlook that he decapitated his own mother and had sex with her severed skull (“head” joke goes here). Producer/director David Fincher lends Mindhunter a tense, cinematic sheen, but he should can his music director (Talking Heads’ “Psycho Killer,” really?).

The Killing (Seasons 1–4 on Netflix) 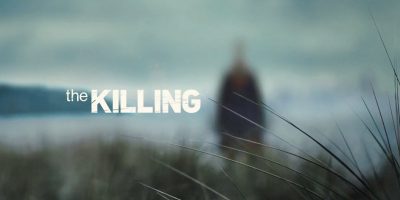 Based on the Danish TV series The Crime, The Killing debuted on AMC in 2011, back when the cable network was still trying to figure out how to blow all of its new Walking Dead money—turns out dark prestige crime dramas were not the way to go. As the title implies, The Killing initially followed a single case of a teenage girl’s murder, but the murder count eventually escalated—we’re still more or less in serial-killer territory here, so relax. Seattle P.D. Det. Sarah Linden (Mireille Enos) is wholly unique in the cop-show genre in that she’s a real, three-dimensional person, not a “troubled genius.” Likewise, The Killing is a slow, slow burn that subverts the episodic payoffs of Law & Order types of series in favor of a moody long game (maybe a little too long: Season 4, which went straight to Netflix, was unnecessary). 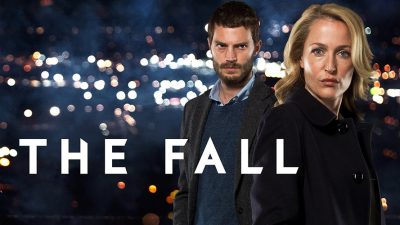 Yes, Jamie Dornan was terrible in Fifty Shades of Grey, but, to be fair, everyone was terrible in Fifty Shades of Grey … I mean, never saw it. In British series The Fall, he’s Belfast family man Paul Spector, a serial killer who stalks, strangles and then stages women after cleaning them and painting their nails—other than the whole murder thing, he is almost boyfriend material. He meets his match in Det. Stella Gibson (Gillian Anderson), who discerns his identity early on, setting up a tense, quasi-sexy twist on the psychological thriller. Dornan is effectively deadly-dreamy, but Anderson’s zero-bullshit woman-on-a-mission is the real draw here (after this, it’s easy to see why she doesn’t want to go back to playing second fiddle on The X-Files). The Fall wraps tidily at 17 episodes total, with little fat or filler. 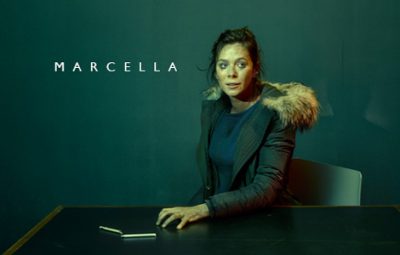 If The Fall is the gold standard of contemporary British crime dramas, 2016’s Marcella takes the silver—but it’s still deeper than most American cop shows (God, I’m such a hipster). This one comes from producer/writer Hans Rosenfeldt (who created FX’s late, great The Bridge—another murder-y thriller), with Anna Friel (Pushing Daisies, The Girlfriend Experience) in the title role as a troubled London detective pulled back into the case of a suddenly-active-again serial killer. Marcella also has 99 problems: Her husband (Nicholas Pinnock) has just left her for a younger woman at his legal firm; said woman is among the killer’s latest victims; and Marcella suffers from rage blackouts from which she sometimes awakens covered in blood(!). Friel is fantastic and Season 2 arrives later this year. 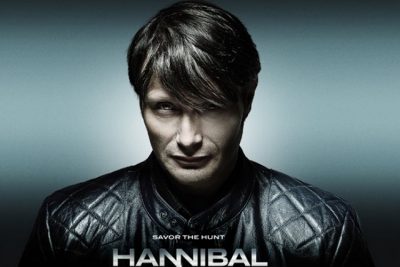 This actually aired on primetime broadcast network television—though some NBC affiliates opted to preempt it after they finally figured out that Hannibal, based on the not-at-all-obscure film The Silence of the Lambs, was about a serial-killing cannibal. And a dandy one, at that: Lead Mads Mikkelson so artfully and lovingly crafts human-based dishes that an argument could be made for giving him his own Food Network show. Likewise, producer Bryan Fuller’s (who went on to realize, then abandon, American Gods) gorgeously gory imagery and psychological density somehow thrived within standard TV constraints. Hannibal is a prequel, chronicling his pre-Lambs days assisting the FBI in tracking like-minded (but, of course, inferior) serial killers. A 39-episode work of pure art. 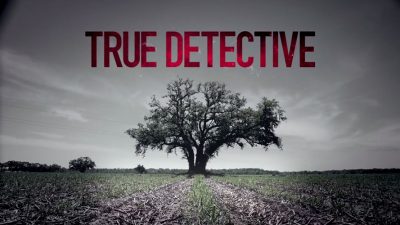 In True Detective, creator/writer Nic Pizzolatto envisioned an anthology series that would introduce new plots and casts in subsequent seasons—and he screwed himself by producing an incredible first run, with stars Matthew McConaughey and Woody Harrelson turning in some of their most memorable performances ever. The two play disparate detectives (Harrelson’s Martin Hart is a linear-thinking traditionalist; McConaughey’s Rust Cohle is hyper-smart profiler who monologues about the futility of existence) investigating an occult-style murder in 1995 Louisiana. The twist is that the pair are telling the story from their own viewpoints in the present, being interviewed by police about a similar recent killing. And don’t believe the haters about Season 2: It holds up … just not quite as well. 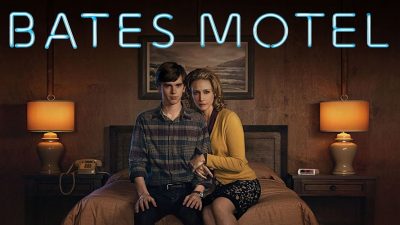 The origin story of young Norman Bates (played to maximum creep-out effect by Freddie Highmore) doesn’t quite end where you think it will, knowing Psycho lore, but the journey is profoundly N-U-T-S. Norman loves his mother, Norma (Vera Farmiga, who was rightfully nominated for all the awards for her fiercely protective/alluringly unhinged portrayal). Like, he really, really, really loves her—we’re talking Lannister-level “Incest is Best” fan fiction. He also has blackout-and-kill episodes, not to mention the occasional tendency to “become” Norma, posh vintage dresses and all. Thing is, you genuinely feel for the kid, and Bates Motel’s other surprisingly fleshed-out characters, as well. Even when going off the rails, the series maintains its eerie, suspenseful trajectory toward an end you only think you know. 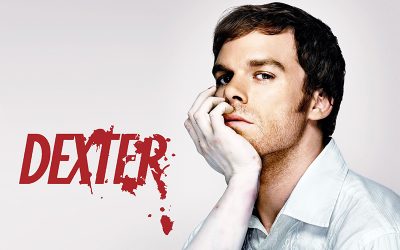 The murderer who only took out murderers—Dexter! Michael C. Hall’s portrayal of self-narrating Miami P.D. forensics specialist Dexter Morgan swept pop culture when the Showtime series debuted in 2006, and “Dexter” became shorthand for “serial killer.” The more recent shows on this list make Dexter look like a relative lightweight in comparison but, at the time, it was dark stuff, and Seasons 1–4 are unassailable as great, twisty drama (Season 4, with John Lithgow’s acclaimed Trinity Killer turn, in particular). Dexter had a sly, underlying sense of humor, as well: “It’s said there are seven stages of grief. I suppose killing someone with my bare hands in a men’s room was my way of working through the anger stage. Whatever the other six stages are … I don’t have time for them.”—Now, that’s comedy. Maybe just skip Seasons 5–8.