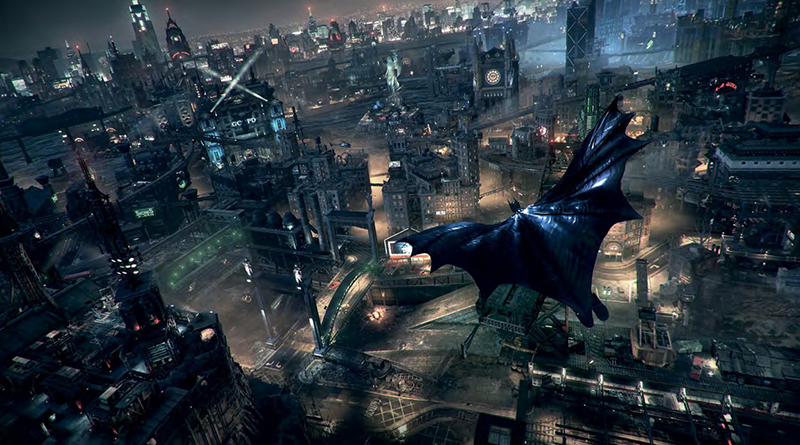 While it’s important to recognize the deluge of glitches and framerate problems that have plagued the PC version of Arkham Knight—as I’m writing this, sales of the game are still suspended on Steam—the PS4 version runs like a dream. Rocksteady developed their third and final Arkham game specifically for current-gen systems, and the results are spectacular. Gotham City has been expanded to five times the size it was in Arkham City, and every street corner and back alley has been realized with meticulous detail. The newest addition to the successful game franchise is the Batmobile, which can be summoned at any time in order to zip around the city and assist with combat takedowns. It’s a nifty addition, and chasing armored cars through the streets of Gotham is a blast, but the game does try to shoehorn Batmobile use into a large part of the story missions—I often found myself missing the days of gliding around town and stalking prey from the rooftops. The intuitive and bone-breaking combat system is as tight as ever, and the arrival of Batman’s allies provide cinematic team takedowns that cause the jaw to drop. Console owners need this game right now. –Alex Springer