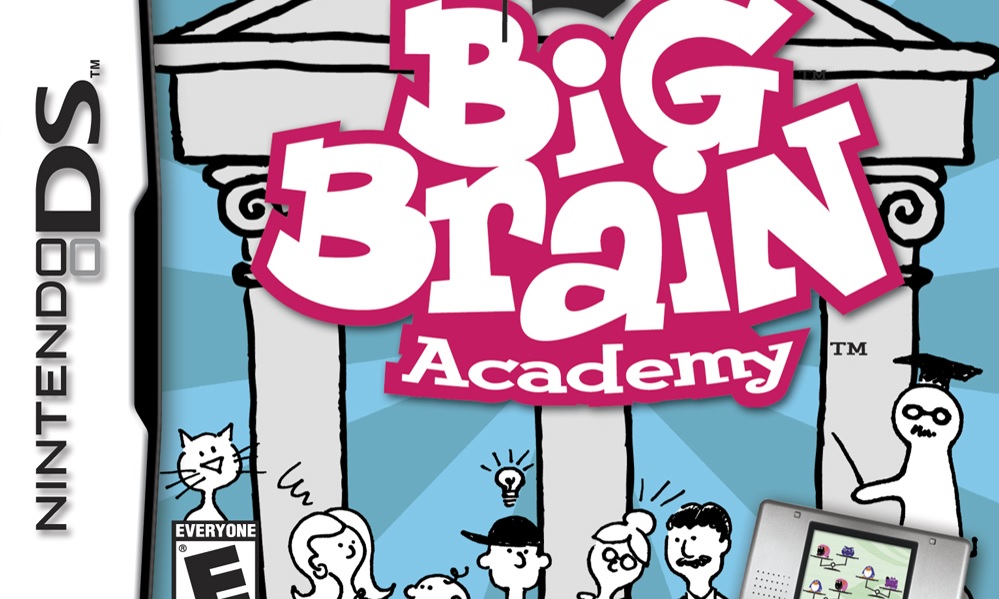 I already know what you’re thinking. Yes, my brain is ridiculously large. Yes, the Nintendo Double Screen (DS) did eventually burst into flames trying to gauge the awesome power within my mind—but before the poor little machine combusted from exertion I managed to have a pretty good time toying with Nintendo’s Big Brain Academy. This game tests your minds in five areas; think, analyze, memorize, compute and identify. Each category has several different games that you try to finish as accurately and as quickly as possible. Based on this you get a score rating your brain and the device offers you some possible jobs you may be fitted for. With a top score of four jillion the machine said I should write reviews for SLUG magazine, pretty smart machine, eh? The real fun of course is comparing your brain with your friend’s brains in an arena outside of alcohol absorbing abilities and limerick improvisation. Each of the five divisions are tested with a handful of different mini-games that will have you doing everything from counting on your fingers and toes, to drawing lines hoping to guide cartoon characters from point A to point B. Sounds easy, right? Well actually the learning curve is pretty well designed. The first time you really don’t know what the hell is going on (there’s a practice mode, but as my father always told me, “Practice is for winners, don’t bother.”), but as you get familiar with the games it become more a test of concentration and hand-eye coordination. This may not be a game you spend hours and hours playing, but this game is really fun for the first few hours and, like many portable games, is great for friends or whomever to pick up and have a good time. Plus kids like it and keeps their stupid little mouths shut for a few minutes, and if their mothers start complaining about how games rot the human mind you can assure them that this is an education buffet sure to turn their dullard of a kid into, well, a SLUG writer. 4 out of 5 mothers don’t like me.