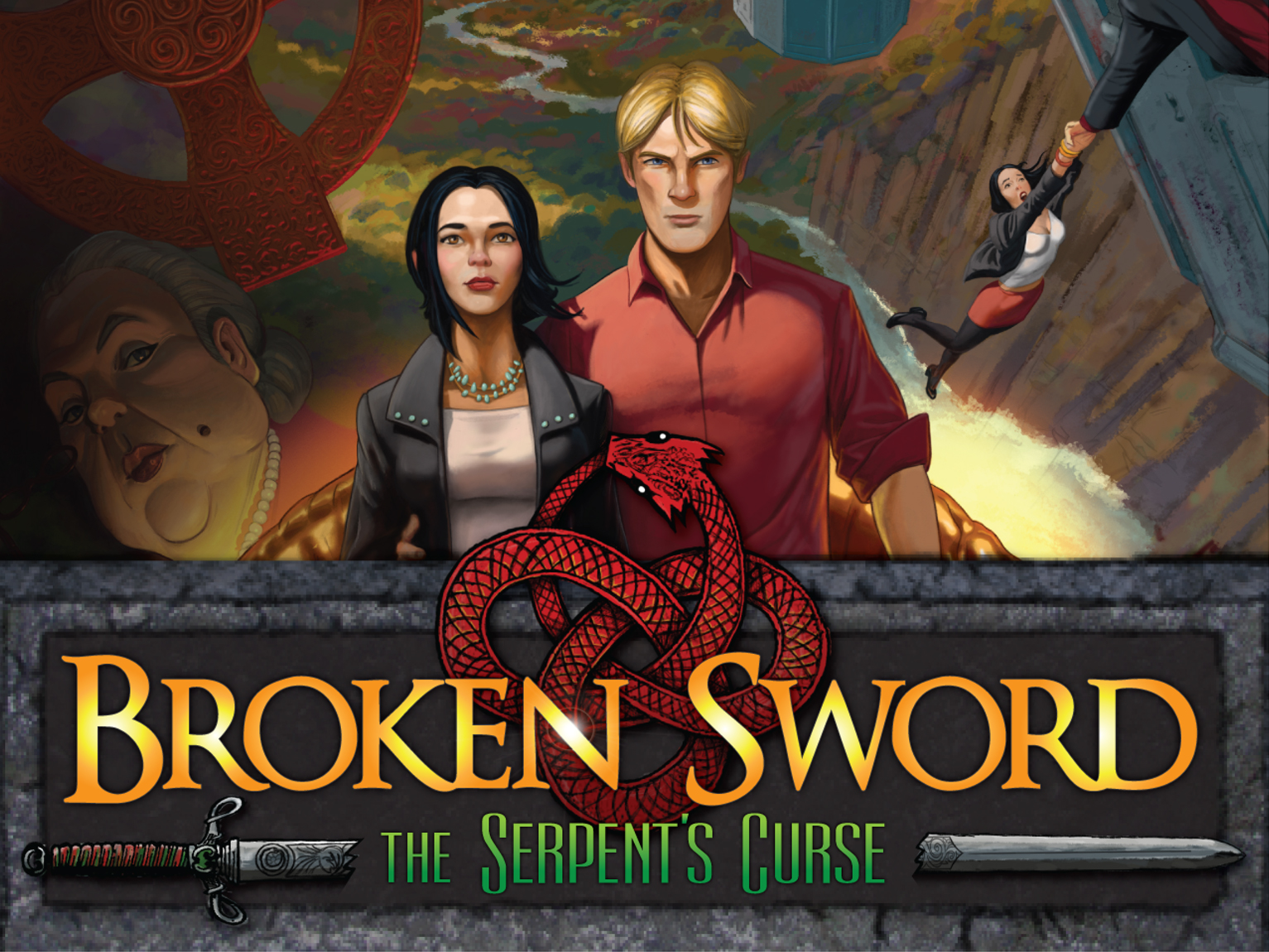 This is my first time hearing about the Broken Sword series, let alone playing it. The original Broken Sword was released in 1996 with critical praise. Since the first game, there have been four additional sequels, each of which received near-equal acclaim for story, art direction, and entertainment value. I’ve always had a particular fondness for the point-and-click puzzle adventures—hokey plots and all—because of their relaxed pace and the mind-boggling difficulty of their puzzles. The Serpent’s Curse manages to rekindle my love for the genre with only a few stumbles along the way.

You play as George Stobbart, an art insurance assessor under the employ of Paris Mutual Insurance, whose “superpower” is awkward situations. The game opens as Stobbart and his friend and fellow adventurer, Nico Collard witness a robbery turned murder at an art exhibition in Paris. After investigating the crime scene, it becomes clear that greater machinations are in play and the duo have their work cut out for them. Puzzle-solving ranges from simple and entertaining to strenuous, which is nice, save for the occasionally arbitrary solution. Often a puzzle’s solution only becomes clear after a series of trial-and-error item combinations. Fortunately the in-game tiered hint system lends a helping hand for those too impatient or frustrated for the situation at hand. Broken Sword 5’s plot is rife with groan-worthy moments, but the underlying and unexpected narrative about Gnosticism and philosophical ambiguity cement the game as a truly memorable experience. While exploring regions ranging from France, London, Spain and Iraq, there’s a consistent exploration of theology that isn’t usually so on-the-nose, but I have to say that its maturity in discussing said touchy subject is exceptionally enjoyable. I even caught myself enchanted by the scenes involving Nico and Shears, a criminal lackey with a penchant for topiary and metaphysical conflict. I wish more games intrigued me the way that Broken Sword 5 did.

The humor does run a bit stale though. Stobbart is an annoying protagonist more often than not, and his commentary tested my patience more than a few times. For someone that’s as cultured and well-travelled as Stobbart, you’d think he’d tone down the misconceptions and judgemental attitude, but sure enough he finds a way to criticize everyone for trivial eccentricities. The game’s prominent awkwardness matches Stobbart’s in a few scenes, and nowhere is this more prominent than in one of the weirdest dance sequences that I’ve ever seen. Yeah, dressing up as a dead man to dance with a delirious woman totally seems okay.

Some of the items stashed away into your inventory do stretch the legitimacy of Stobbart’s ethical legitimacy on a few occasions—”Oh look! A diamond ring! I’m sure I can justify a reason to take this from the safe of a recently murdered man after deceiving his lover, delirious with grief, into giving me the key. That sounds fine…” It ends up working out, but as is the case with most adventure games, the items you collect to complete puzzles far into the future seem arbitrary to the point of impractical. I really enjoy the game’s utilization of the speaker on the PS4’s controller. It’s an often overlooked component to a game’s presentation, and I think Broken Sword 5 incorporates it well. Phone conversations between characters become a fun little novelty when they would otherwise fall flat. However, point-and-click adventure games typically don’t translate well onto console format. An analog joystick doesn’t hold up well when compared to a touchscreen or mouse—it feels stiff, dated and altogether discourages exploration.

While Broken Sword 5 feels stuck in the ’90s with its clunky cinematics, cheesy dialogue with awkward humor and the occasionally stale puzzle, I have to say that these are ultimately trivial concerns when compared to how fun and engaging the game is. The story wraps up around 12 hours with a somewhat bland climax, but the journey alone makes it all worth it. While there are a few references to previous titles, you don’t need to play them to enjoy this one at a fair $29.99 price point. Give it a go and learn a little about Gnosticism while you’re at it!