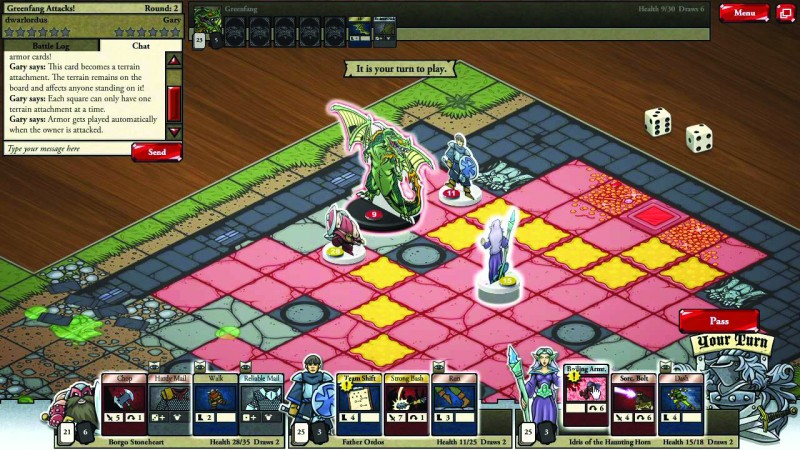 It’s hard not to cringe when the words “free-to-play” pop up on a game’s description, but Card Hunter is one of the few free-to-play games that don’t make me want to punch it in the face. In fact, it just might be brilliant. The game’s environment hearkens back to the days of tabletop RPGs—you’re playing a turn-based, tactical fantasy adventure, but it’s all laid out with a series of miniatures and foldable game boards. Your opponent is Gary, an insecure Game Master who nurses a hopeless crush on the pizza delivery girl. One of the game’s biggest strengths is the card-collecting aspect, the majority of which is totally free. Rather than building an entire deck of spells and attacks, each character earns new weapons and armor that automatically add certain cards into the overall deck. It combines all of the analytical fun of creating the right weapon/armor combos with the typical geek’s inborn desire to collect more powerful cards. It all adds up to some seriously fun tactical combat scenarios, which are punctuated with Gary’s snarky comments. The game also offers competitive and cooperative multiplayer—perfect for showing off all of your sweet loot on the field of battle. –Alex Springer