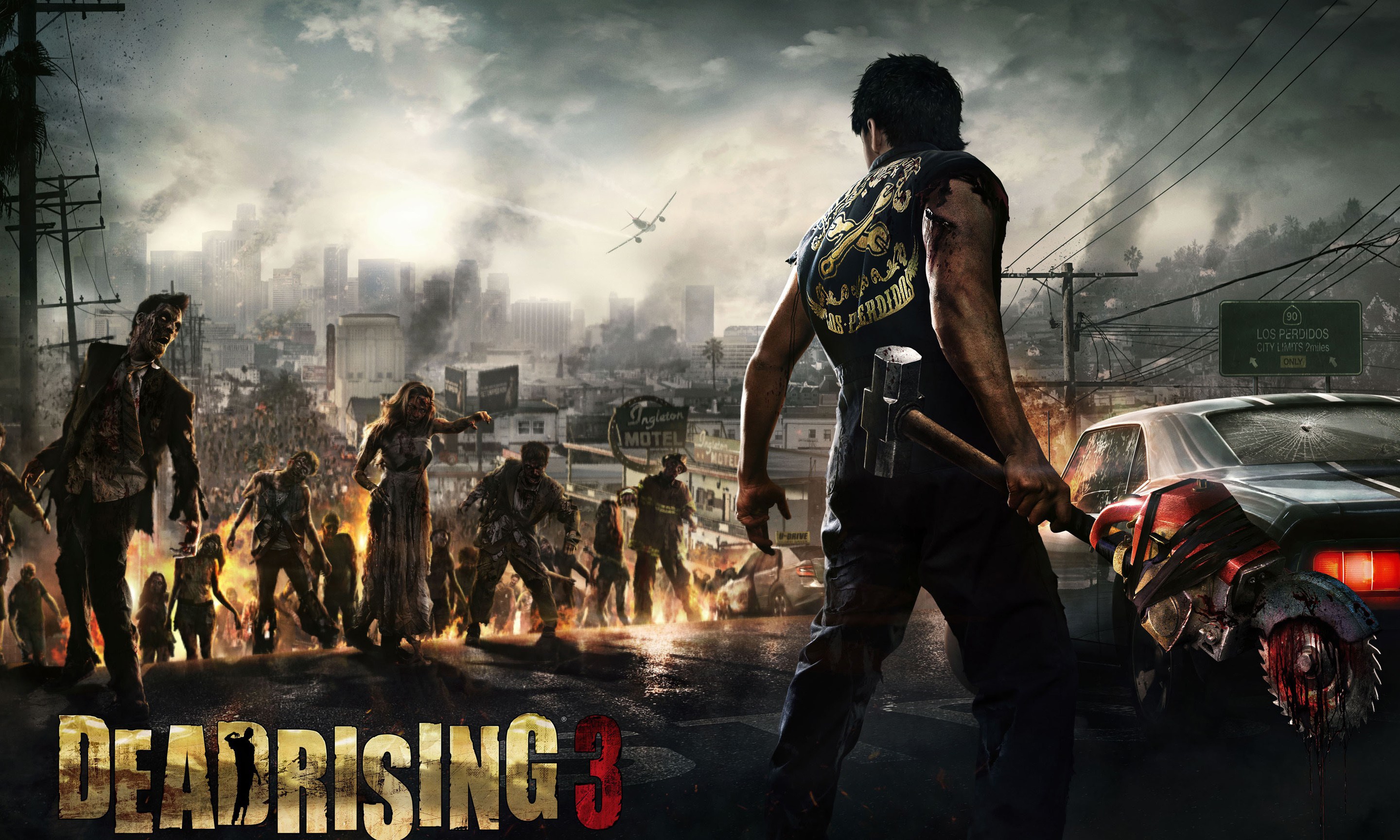 Dead Rising takes a very simple and enjoyable activity (killing the undead) and takes it to the outer limits of acceptability. There’s so much killing of the undead in Dead Rising that there is very little room for anything else, like a good plot or memorable characters. Smash, crush, punch, shoot, disembowel and stab your way to glory not just once or twice, but for hours upon hours you will slay hundreds and hundreds of the foul and staggering zombies. The cool thing Capcom has done with Dead Rising is enabling the player to choose from a myriad of weapons (an entire mall’s worth) to do the skull crushing. Cash registers, benches, plants, plates, purses and hockey sticks all serve you well in sending the demon spawn back to the light for the second time. The really impressive thing is how many zombies are on the screen at any given time, sometimes hundreds of the lurching moaners will be within sight. Yes you could run around them if you like but is that why we’re here, to just run around the walking dead? No, we are here to splatter their rotting brains like watermelons at a Gallagher show across shiny mall floors. The missions feel tacked on; they serve as nothing more than an excuse to continue the massacre of brain-eating mall-walkers. In fact, the missions in Dead Rising are exactly the kind of scenarios that I absolutely despise. Not only are they timed (a necessity I guess given the situation) but they are mostly baby-sitting bullshit. When I say ‘baby sitting bullshit’ what I mean is you have to go rescue people too stupid to deserve to live. Over and over and over again you go and find someone hiding in a store in the Mall and then talk them into following you out into the zombie zone and try to lead them to safety. Usually they get eaten by the zombies because they stand around expecting me to clear a path for them, but since I think that zombies deserve a good meal before I dispatch them back to hell I seem to fail most of the missions. 3 out of 5 zombies recommend brains to zombies who chew brains.