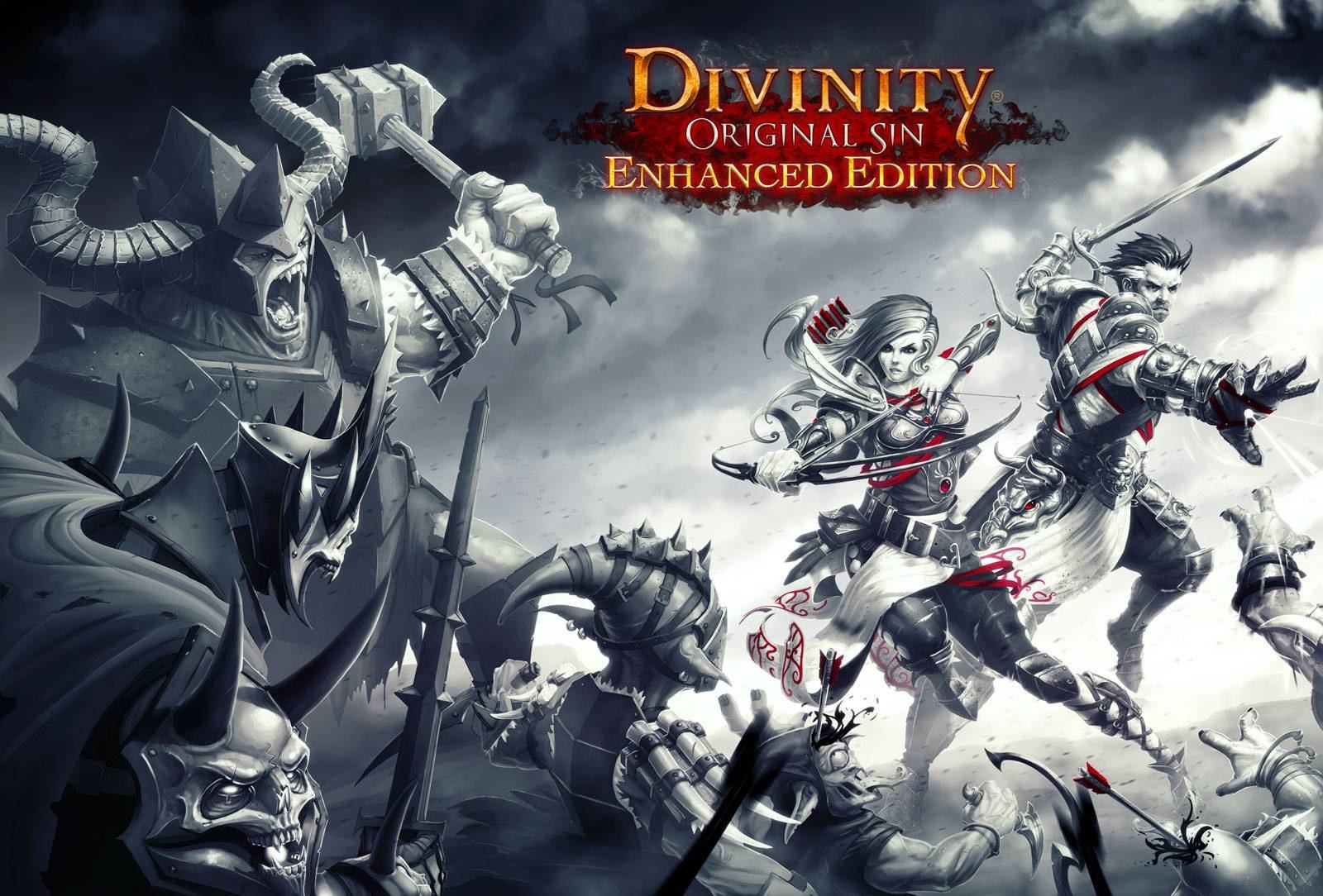 On June 20, 2014, Belgian game developer Larian Studios released Divinity: Original Sin for PC, producing the best modern CRPG and revitalizing my fervent attachment to the turn-based RPG genre. Anyone who knows me understands that I have a deep love of role-playing games—I cut my teeth with classics like BioWare’s Bauldur’s Gate and Black Isle Studio’s Icewind Dale. Divinity: Original Sin caught my attention upon its debut, but I didn’t have an capable computer with which to play it. The good news for those with a similar plight is that Larian decided to not only improve upon the game, but deliver it to both the PlayStation 4 and Xbox One.

In Divinity: Original Sin, you play as two freely customizable Source Hunters, executors of an organization with the charge of finding and eliminating Sourcerers who wield unruly magic for typically nefarious ends. Your mission starts out simple enough: Investigate the murder of a councillor in the town of Cyseal. There’s reason to believe he met his end at the hands of the aforementioned degenerates, so you’re shipped off to solve the mystery. Events transpire and antagonists reveal their machinations through unprompted monologue, so it’s left to you and your party to sort the whole mess out. The story features a charming cast of characters with some of the best RPG writing I’ve even read, now with fully voiced dialogue thanks to the Enhanced Edition.

You owe it to yourself to take the time to familiarize yourself with the controls and inventory the first chance you get at the starting beach near the town of Cyseal. More often than not, RPG menus have a poor track record on consoles due to the fact that limited button mapping combined with the statistical depth of a character sheet results in an experience about as dreadful as a trip to the dentist. There’s a debilitating amount of depth, especially with menu navigation—I spent a considerable amount of time navigating the inventory, usually to fix an “Equip” mistake or because I sent something to the wrong party member. I can’t exactly hold it against the developers for my hasty button-pressing, but the controls didn’t make it any easier. When you’re playing a shadowblade, the efficient execution of commands can often be the difference between a flawless onslaught and a TPK (total player kill).The console version does suffer from clumsy controls and awkward inventory management due to the lack of a mouse and keyboard, but after a few hours of fumbling around, I got the hang of it and I was backstabbing foes with ravenous delight. I also strongly encourage picking the “Pet Pal” talent as it offers useful hints and really opens up conversation options, even leading to entertaining quest lines involving superficial cat romances and the dead councillor’s bubbly golden retriever.

True to its forefathers, Divinity: Original Sin has teeth. CRPGs are known for challenging combat, and I’m impressed with how well Larian executes this. Every fight has weight to it, and the only way to survive is to outsmart your foes. This is made easier by the breadth of elemental synergy in and out of combat. Watching your highly orchestrated plans unfold to the ruin of noxious undead and robotic creations alike is truly engaging and rewards you for your efforts.

What’s so “enhanced” about this edition, you ask? Well, a healthy number of things. Now, clearly there will be outcries of “cash grab,” but PC owners that already purchased the original…Original Sin should expect to see a free addition to their Steam library—and console owners…well, there simply isn’t anything like this in the current generation’s library. Dual-wielding is crucial for those with roguish inclinations such as myself, making me wonder why it wasn’t included in the first place. Also new are the Tactician and Honour modes, more challenging versions of the game based on the hours of strategies Larian Studios spent harvesting from YouTube videos and Twitch streams. Honour Mode is made even more daunting because you’re given a single save file which erases upon a party wipe. It’s not for the faint of heart and those who complete such an undertaking have my respect.

The Enhanced Edition features new split screen co-op in addition to the original’s online multiplayer. “Hold on,” you may protest, “Diablo 3 had console local co-op that wasn’t very good.” You’re absolutely right. My biggest complaint with Blizzard’s most recent action RPG was that the co-op suffered because both players were trapped to the same screen, and inventory management required calculated planning. You’ll be happy to hear that this is no longer an issue with Divinity: Original Sin. Both players can control their characters on the same screen, but once one of them veers in another direction or opens their character wheel, the screen splits—this gives unique fluidity, especially considering how often my girlfriend and I play games together. She was able to hop in and out of the game immediately, making this a great purchase for date night gaming.

Divinity: Original Sin Enhanced Edition is a triumph for both the RPG video game and console gamers. It may not be as readily accessible as some of the action-RPGs on the market right now—i.e. Diablo 3—and though the sales may tragically suffer due to the every other big event title releasing around the same time, I believe this visually hypnotizing game is a definite “Game of the Year” contender. Future RPG game developers will likely look to Divinity: Original Sin as a fount of inspiration. Anyone interested in a proper pen-and-paper game translation owes it to his or herself to play this gem.