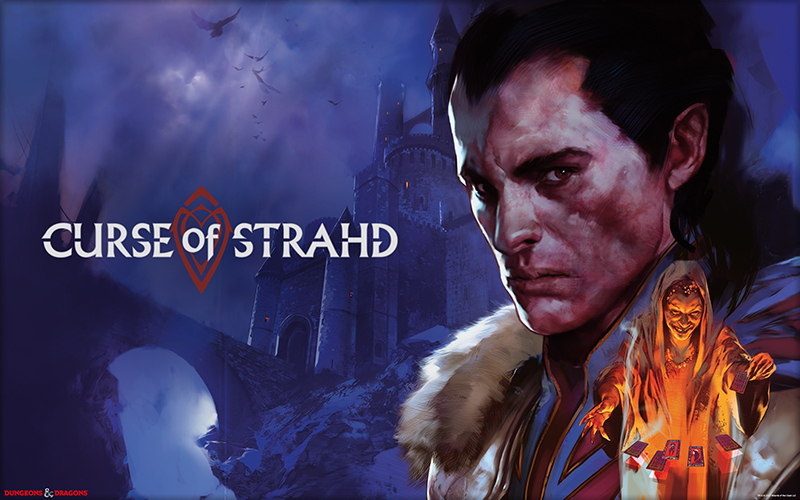 It’s hard to fault Wizards of the Coast for sticking to familiar territory over the last couple of years. Not only has it proven to be a winning strategy from a business standpoint—after all, more people are huddling around tables and tossing dice than ever before—but it also has served as a kind of quality control for the newest edition of Dungeons & Dragons. Over the course of 2015, we returned to the Temple of Elemental Evil in Princes of the Apocalypse and a took a mad, merry jaunt through the Underdark in Out of the Abyss. Both of these were excellent adventures that showed an awareness of the source material and demonstrated a willingness to delve into new and updated ideas. In fact, one of the greatest features to be found among these adventures is a sense of progression, as if the worlds themselves have continued to evolve and change in our absence, subject to the realm-warping effects of the Sundering.

When I first heard that the next adventure module would take place in Ravenloft, I admit that I was intrigued. I’d heard plenty about it from my time jumping from group to group at the tail end of high school, and from all accounts, I6:Ravenloft was a brutal, party-murdering meat grinder that only the most dedicated and twisted Dungeon Masters would actually inflict upon their players. I only knew it as the module originally written by Tracy and Laura Hickman. Tracy actually co-wrote one of my first major introductions to the world of fantasy—the Dragonlance chronicles—and it wasn’t until I attended his panel at Salt Lake Comic Con 2015 that I realized how instrumental he and his wife had been in the creation of story-centric adventure modules in D&D. Luckily, they were consulted for the creation of Curse of Strahd, and their role in the creative process can be felt like a guiding hand.

Up until the release of Ravenloft, almost every adventure module was just a shoestring of dungeon traps and monster encounters meant to test the valor and endurance of the player characters. There might have been a story, but there often wasn’t, and the big, bad villain was often unsympathetically evil, making them ripe for the smashing. The Hickmans were sick of the seemingly random nature of these campaigns, and longed for a rich, complex villain—the kind that you could find in a book but rarely, if ever, in a campaign.

So, they invented Count Strahd von Zarovich. To this day, he’s one of the best-written and most interesting villains of Dungeons & Dragons. He toys with the players, tempting them with the possibility of immortality and dark power. Yet, he also suffers the sting of his own twisted ambitions, a fatal hubris that drives him and sustains him. He’s a complex and entirely likeable villain, and that’s what makes him so dangerous. The Castle Ravenloft itself is a kind of lived-in wonder dungeon, brilliantly juxtaposing the decadence of wealth with the promise of danger and terror. Wandering its dusty, ancient halls is eerie precisely because the locations are so plausible—and familiar.

Curse of Strahd carries on this legacy admirably, diving deeper into the bloody past of Count Strahd. Before you even get to the module itself, there is a whole section devoted to Strahd, his personality, and his goals in the adventure. In fact, his presence forces the DM to consider him a player unto himself, capable of adapting to and thwarting the plans of the party. In fact, there really are no pre-scripted Strahd moments in the early stages of the adventure—only various opportunities for him to appear and test the party’s mettle.

In keeping with the logical structure of the original campaign, Curse of Strahd also finds countless ways to intertwine the larger themes of the campaign into its side adventures. There is, as always, a driving main quest that keeps the action moving forward, but each stop along the way brings moral and ethical dilemmas to the party—and Strahd is always watching, waiting to see which party members evidence a dark side that he can play off the others.

Then, of course, comes the castle itself, and it is every bit the death factory that it was back in the AD&D days. Traps, hidden doors, subtle foes and nightmarish fiends populate the halls and, best of all, they all have a good reason to be there. When a ghost jumps out of a painting or the players come across a demented toy, it always adds to the story, making Strahd’s world ever more real.