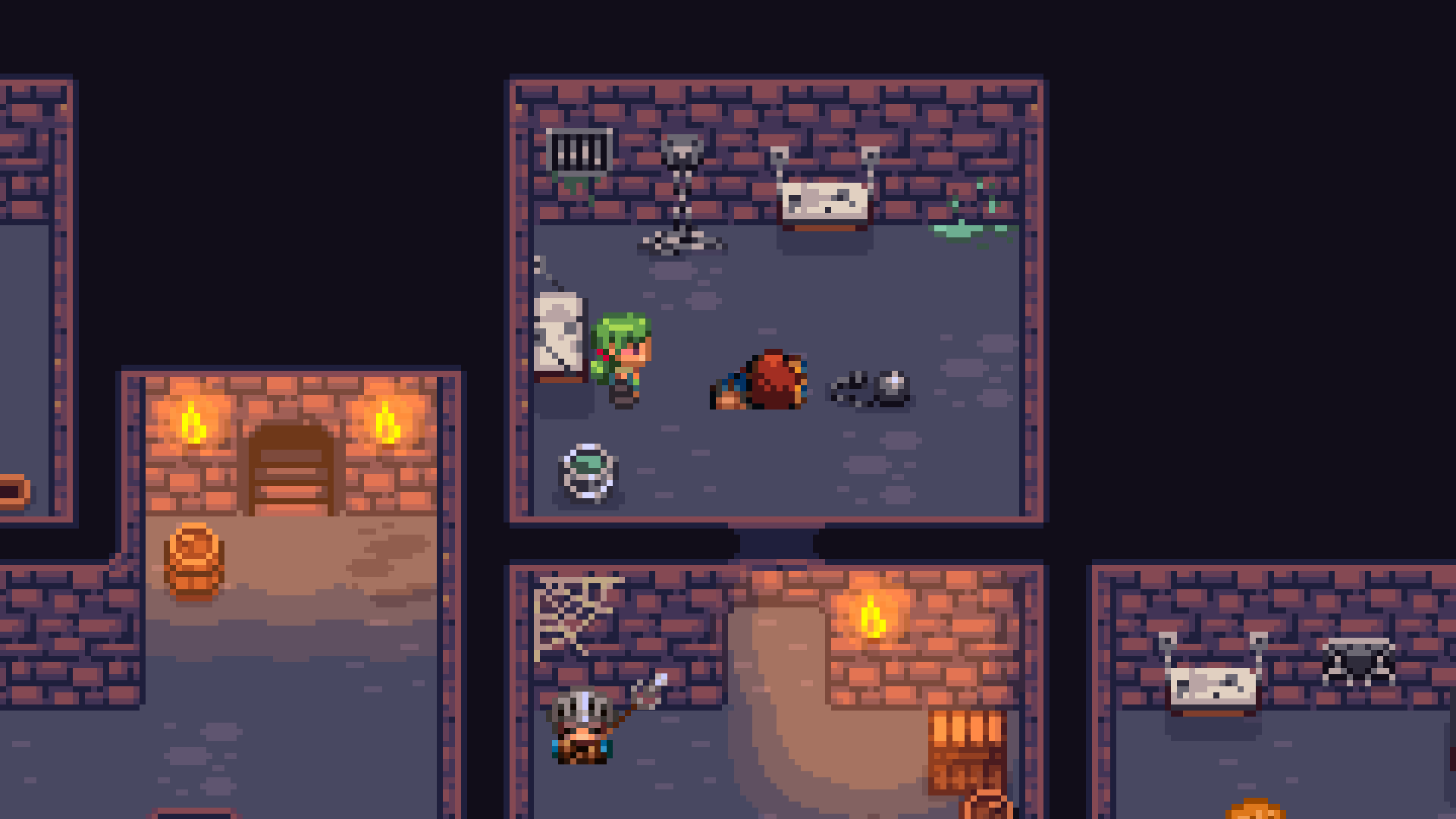 No, just let me die here. That way we won’t run into any more glitches, bugs or terrible attempts to cram memes from 2010 down our throats.

The original Evoland was an interesting experiment, but an overpriced one. Graphics and gameplay elements steadily improved as you advanced, but with no specific rhyme or reason and no effect on the overall experience. The sequel is a vast improvement over the original, with the aesthetic changes actually working their way into the narrative.

Evoland 2’s story reads beat for beat like the first act of Chrono Trigger. You wake up the day before the 50-year anniversary of an important war. You get zapped back to the time period when the war was in full swing and get tossed into a castle dungeon. You escape and then jump to a not-too distant future where it’s revealed that a cataclysmic event took place on the war anniversary that you started from.

Each era has its own graphical style. The starting era is presented like a 16-bit SNES game, the past is reminiscent of 8-bit Zelda titles, and the future uses full 3D models presented top-down. The soundtrack adjusts accordingly to each era, making them feel fully realized. Gameplay mostly consists of action-RPG elements, but is interspersed with little love letters to other genres and games. There are several side-scrolling platformer portions, a top-down bullet hell that plays like a lite version of Touhou, stealth portions à la Metal Gear Solid (complete with cardboard box), a Bomberman sequence, and countless others. A word of advice: brush up on Ryu’s moveset from Street Fighter II. It’ll come in handy. My personal favorite was the puzzle library that perfectly captured the spirit of the Professor Layton games, down to the three part black-screen animation where your character deliberates over the puzzle’s solution.

While Evoland 2’s main story is played straight, it doesn’t hesitate to lampshade several genre tropes. The protagonist is silent to the point that he’s given a name by one of the speaking party members, an intricate prophecy of doom just refers to a series of mishaps in a sewer, and during the turn-based battle segment, one of your party members makes an offhand comment about how the problem with working with the past is how terribly the systems have aged. The quality of the game’s writing fluctuates from moment to moment, as most of its comedy relies on referential humor. While most of them are fairly clear pop culture references, some of the more obscure references can be a bit jarring from a gameplay context. It’s hard to take a side quest seriously when the NPCs are dressed as Paula from Earthbound and Annie from League of Legends for no discernible reason.

Unfortunately, what really guts Evoland 2 is a lack of polish. With so many varied styles of gameplay, many feel shoehorned in. The bullet hell portion lacks the needed precision of control for the genre, and the turn-based battle section has no variety to it. Game-breaking bugs are far too frequent for a title this close to release. Add to that the fact that the slightest error makes the game display a large red bar of mangled code, and it can quickly ruin your game experience. In the span of half an hour, I managed to trigger a boss fight glitch that made it impossible, forcing a restart. Then my entire screen was covered in red error code, thereby forcing me to navigate purely by memory. Then a random encounter froze up for no obvious reason. The bug frequency is a lot like walking towards the Great Salt Lake—you’ll encounter one or two at the start and then a cloud of the damn things is in your face with almost no warning. If Shiro Games manages to fix the gnarlier of the problems, then give Evoland 2 a look. If no support is forthcoming, then hold off until it pops up on a Steam sale.