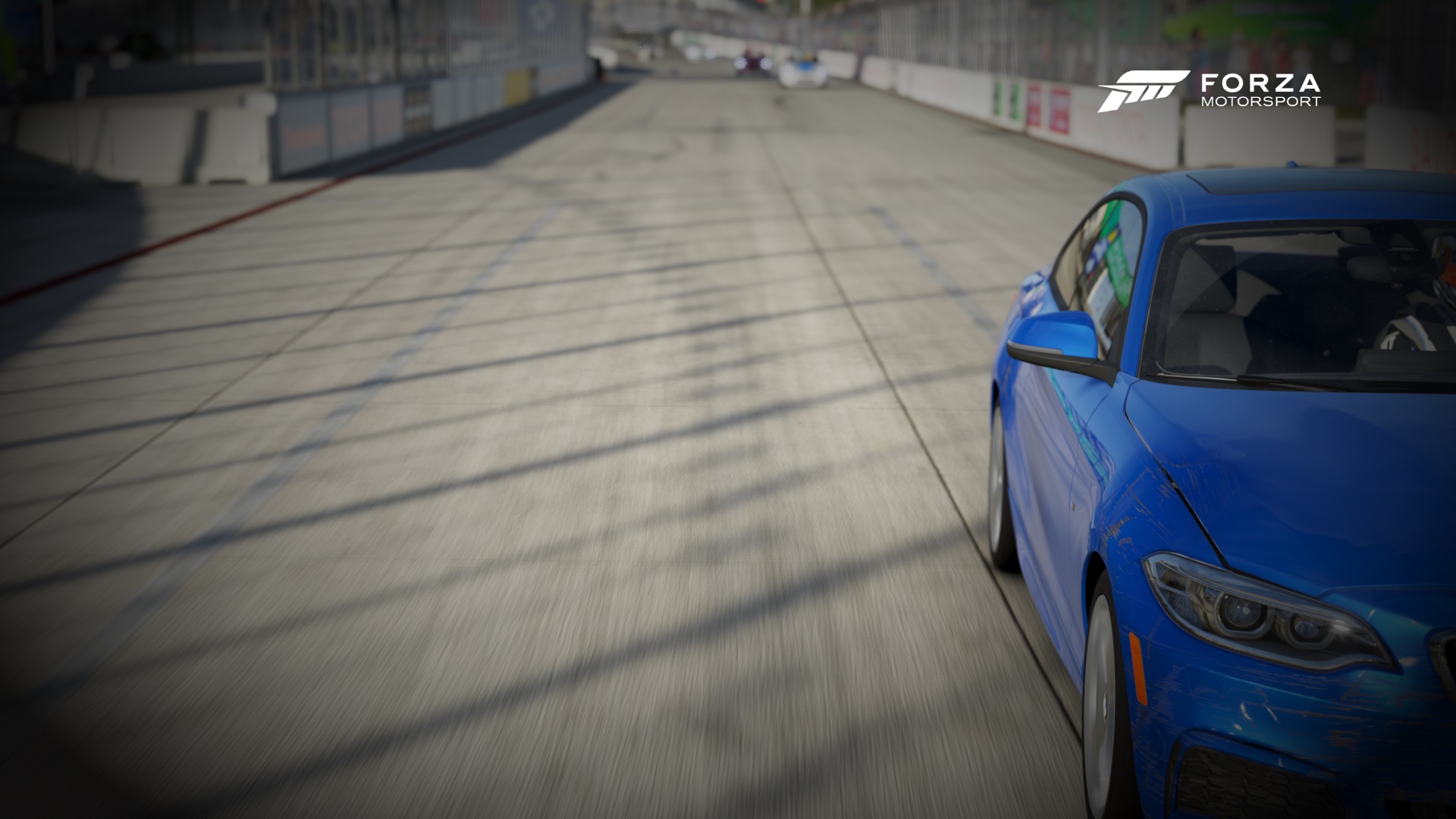 Reviewed on: Xbox One (Exclusive)

I don’t think it’s out of the question to say that Turn 10’s Forza series is every bit a part of what makes the Xbox platform what it is, perhaps even as much of war as Halo or the Gears series. In fact, I’m not sure that any studio more consistently impresses by how great their games look and how tight the gameplay is. Even with a seemingly rushed release, Forza 5 was still one of the best games available on the Xbox One. So it comes as no surprise, with a full development cycle for Turn 10—along with lessons learned from Forza 5 and Horizon 2—that the studio has delivered a brilliant game once again. Forza Motorsport 6 is not only one of the best racing simulators I’ve ever played—with its improved gameplay, visuals, dynamic weather, and new features—it’s also one of the best gaming experiences I’ve had in a long time.

The Forza series has always been something of a standard bearer, and I think it’s because they are consistent in the things they do really well—solid racing gameplay. I’ve never had a real love for racing games, but Forza 6 does such a great job of transporting you behind the wheel of some of the world’s most desirable vehicles, racing through beautiful locales throughout the world, that it’s almost impossible not to become engrossed in it all. It’s a driving simulator, so the way the car performs feels difficult, but natural. This edition builds off of its predecessor in every way, as far as gameplay is concerned. The biggest improvement for me was the tighter turns when you’re in a lot of traffic. Forza 5 constantly came off as a multi-car pile up simulator for me, whereas now controlling your vehicle feels quite a bit more responsive, especially in those situations.

One of the best innovations from the Forza series in this console generation is the Drivatar, and the mechanic returns better than ever in this iteration. For the unaware, a Drivatar is basically the AI when you are playing in career mode—the only difference is, rather than its actions being programmed in the traditional manner, these Drivatars learn from the drive styles of your Xbox friends. In theory, it’s like playing against real people even offline, and they actually work really well. What happens is, you get to see varied personalities rather than a boring, one-size-fits-all AI. Mostly, my Xbox friends like to play bumper cars on corners (I’m no exception) but every once in awhile you see a top-shelf Drivatar (shout out to gt: FlyingSquash).

Let’s be real here though, the reason we play Forza, beyond all of this, is the jaw-dropping visuals. Turn 10 stepped their game up a few notches this time around, especially when it comes to their dynamic weather system. Driving in the rain in this game is a very fulfilling experience, and the addition of night racing really rounds out the package. The highlight here, as always, is the set pieces racing through picturesque vistas. Even at ridiculous speeds, you still can’t help but take in the scenery.  And all of this can be captured with cool filters and lighting in Forza’s photo mode, which makes it possible for some of the most badass screenshots in the history of video games.

Whenever someone asks what I thought about this game, I just reply “It’s Forza.” Nothing else can be said to completely encapsulate my praise for this game, this series and the people behind it. The truth is, Forza 6 is not breaking any new ground, and it doesn’t have to. It stands on one of the most solid foundations, and brands, in this industry, and continues in the upward evolution of the best, most consistent series in the racing genre.  –Blake Leszczynski