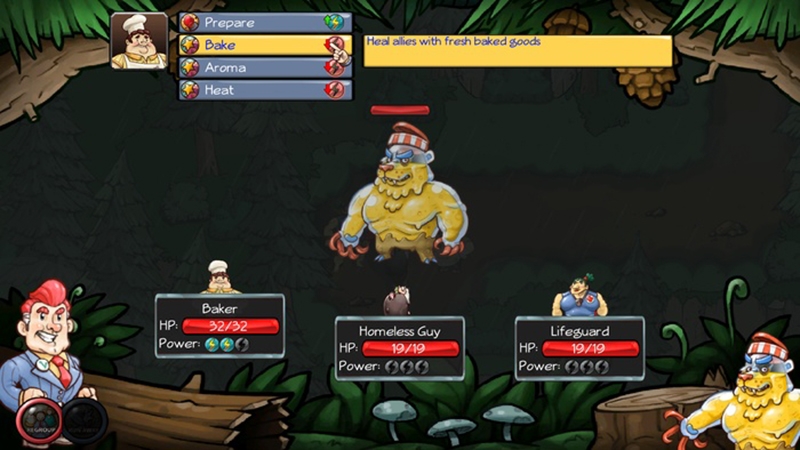 Of course, when attacked by a honey jar, use baked goods to recover. It makes so much sense saying it aloud.

Blackguards 2
Daedalic Entertainment
Reviewed on: PC (Exclusive)
Street: 01.20
Tactics RPGs are against my internal moral system as a rule, yet I can’t stop playing Blackguards 2. This game is a healthy blend of dungeon exploration and grid-based tactics, forcing you to plan not only your combat choices, but your dungeon movements carefully, too. The story is compelling, while the cutscenes (like the kitten being thrown out the tower window) can be dark, yet comical. The voice acting for characters is top notch, and you find yourself easily buying into who they are with the short introductions given to the player. The combat system can be a bit complex at times, as you have multiple abilities loading onto a wheel that can be accessed with a right click. Learning the different attack ranges and positioning is a bit daunting at first, but it adds to the challenge, which is part of the charm of this game. Strategists will find this breathtaking. –Thomas Winkley

Boid
Mokus / tinyBuild
Reviewed on: PC (Exclusive)
Street: 01.08
While my initial playthrough of Boid was pleasant enough, it wasn’t until I revved up the game’s multiplayer component that I realized how special this game could be. It starts with a simple, streamlined concept—the player controls a little circle that spawns tiny, microbial organisms that can be commanded to navigate through the map to find other circles that morph them into different units. The units have different strengths and weaknesses—crabs are slow but strong melee attackers, guns shoot little lasers out of their insectoid mouths, and scouts are fast, but don’t last long in a fight. It’s up to the player to capture different points and eventually wipe out their opponent with relentless multitasking. While playing Boid with others, I found myself relying on my Dota 2 skillset mixed with the rock-paper-scissors aspects of traditional RTS games. Boid rewards a patient player who knows how to perfectly time an assault, but can soon become brutally punishing due to one simple miscalculation. Combined with the game’s minimalistic neon aesthetic, Boid is gearing up to give MOBA and RTS fans some new territory to fight over. –Alex Springer

Citizens of Earth
Eden Industries/Atlus
Reviewed on: PC
Also on: PS4, PS Vita, Wii U, 3DS
Street: 01.20
Seeing the political world reimagined as an animated JRPG makes the whole election process seem much more interesting. In Citizens of Earth, the player takes control of the recently elected Vice President of the world, whose first day in office is filled with conspiracy theorists, mutants and missing kitties. Blending Western satire and Eastern gameplay shouldn’t normally work, but Eden Industries has taken that unorthodox union and crafted something very special with this title. All of the most beloved JRPG elements are here—topdown perspective, turn-based combat, level-grinding—and the tightly written, genuinely funny dialogue makes the story come to life. Picture Final Fantasy 3 by way of Matt Groening. Because of its clever writing, I couldn’t get enough of the game’s character recruitment system. Hearkening back to its JRPG roots, each character that the Veep recruits comes complete with their own specialized attacks and defenses, but it’s the hilarious names for these attacks—for example, the Veep’s mom has two primary attacks, “nag” and “lecture”—that make the recruitment process so terribly addictive. Citizens of Earth has enough nostalgia and innovation to please those who are looking for something different—and hysterical. –Alex Springer