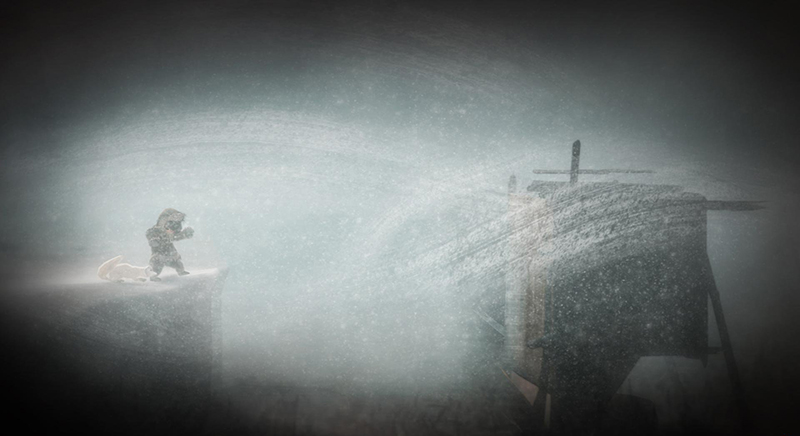 I will never complain about our winters again.[/caption]
Clandestine Logic Artists Reviewed on: PC Street: 10.30.14 Clandestine is proof that the Steam Early Access program can make or break a title if not given the appropriate chance. On first play, this game is rough—really rough. It takes about 30 minutes of hard trial before you start to see the simple beauty in the concept. Without a second player to take on the slack in a major way, you’ll find yourself stuck in many situations with no room for error and failure almost assured. With one player monitoring alarms, cameras, providing access codes to doors and guiding the spy, the challenge is ramped up where the need to work together well is 100 percent obvious. While the game looks like a Nintendo 64 or PSX shooter, the graphics have little effect on the intensity when you finally start to work together. While it is rough in many aspects (including audio from the hacker side) this game has incredible promise and, once it is completed, will be a staple for die-hard co-op and stealth enthusiasts. If you support this early, be prepared to start frustrated and then find yourself richly rewarded. –Thomas Winkley Dungeon of the Endless AMPLITUDE Studios Reviewed on: Steam Also on: Mac, PC Street: 10.27.14 You’ve explored the whole floor, room to room. You’ve lit the path between you and the exit, and you’ve set traps that will slow down the alien hordes. Your team is in position. You take a deep breath, and you pick up the crystal. The moment you do, the lights flicker red, and the pulse-pounding beat fills your heart with a mixture of adrenaline and pure fear. “Please,” you think as you make a mad dash for the exit, “don’t die on me, you guys.” This squad-based, tower-defense, rogue-like game may not take itself too seriously, but it is a dark, sad gauntlet through a hellishly difficult dungeon that tests your nerves as much as your strategic thinking. FlybyNo’s soundtrack is fucking flawless, setting the stage for exploration with its sparse, ambient electronica. Each of the unlockable characters plays brilliantly on sci-fi tropes, and even though they’re rendered in a minimalist, pixelated style, they’re brimming with personality. When they die or get left behind, you can’t help but feel a twinge of sadness watching them go. Dungeon of the Endless is far and away my indie game of the year for 2014, and I simply cannot recommend it highly enough. –Henry Glasheen Never Alone (Kisima Igitchuna) Upper One Games / E-Line Media Reviewed on: Xbox One Also on: PC, PS4 Street: 11.18.14 Never Alone is a sweet little puzzle platformer that wants you to understand the culture of the Alaskan native Iñupia people more than anything. You play as a small Iñupiat girl, Nuna, determined to find the reason for an endless blizzard that is slowly starving her village. She sets out on her own, but she soon runs into an adorable arctic fox that wants to help her. The girl and her fox each have their own abilities—the fox can climb and call spirits, while Nuna can wield a Bola, her weapon, and move objects. It doesn’t make for a terribly challenging game, but it is a fun co-op. Playing with a friend is the way to go—the AI for your partner can make the game occasionally frustrating when they die and force you to start a puzzle over. The graphics aren’t bad, but there were a few visual bugs, mostly around deaths. As you progress, you unlock “insights,” which are short videos about the Alaskan natives and their culture and lives. It’s got so much soul, it’s worth the investment of your time. –Ashley Lippert