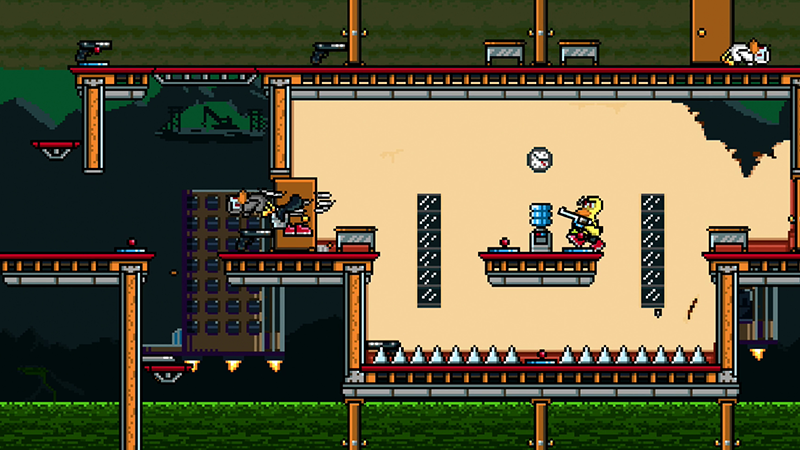 Leave it to Adult Swim to bring you a game of utter nonsense and joy in the form of ducks killing each other. The game transports you to the year 1986 where ducks fight each other in battle arenas for televised entertainment. The game plays like a 32-bit side-scrolling shooter but looks like a cleaned-up 16-bit counterpart, giving it a simplistic look and feel but still retaining ultra-hard competitive options and controls. There’s a single player mode where you can learn new skills and try different guns, but to be quite honest, that portion of the game feels like absolute filler to put unlockables in the game. The real fun is found in shooting the hell out of other players. You can do it with friends or go online and challenge people in 2–4 player battles as you try to reach 10 points. The game is fun and challenging to win in multiplayer, all while being absolutely silly. Great example: There’s a button in the game that just makes you quack—nothing else! It was an absolute joy to play, even when I died and took last place—its something fun that won’t lose its charm. –Gavin Sheehan