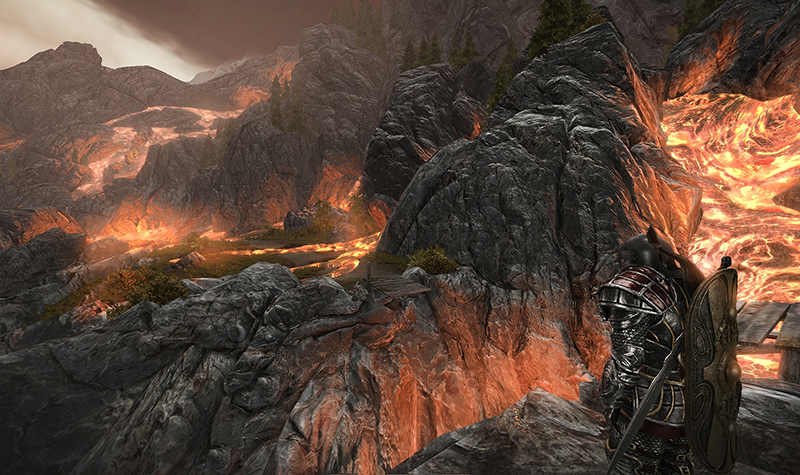  Standing here, I wonder why the hell things couldn’t have been different.

In an ever evolving RPG landscape, where one game borrows from another, perfecting age-old, tried-andtrue mechanics, upgrading graphics, expanding open worlds, adding consequence to every interaction, etc., Arcania: The Complete Tale seems to be the baby boomer to the millennial. Instead of trying to do anything new, it’s stuck in the ways of old. With repetitive combat, limited (not to mention extremely buggy) traversal, brainless practice dummies for enemies and an inventory that is as unintuitive as it is a cluttered mess, the question that needs to be asked is: Why is this game being released for a third time? Most RPGs shouldn’t get any sort of re-release treatment. The most memorable, albeit classic games in the genre have never had a re-release outside of porting them to consoles. Why the hell would this gaming generation want—let alone, need—an RPG that in no way stands up to its counterparts? If this were the year 2010 and games like The Witcher 2, Fallout: New Vegas, or even Mass Effect 2 weren’t out around the same time, then maybe Arcania: The Complete Tale would be a fun, fill-the-void RPG experience, but even that would be a stretch. –Trey Sanders