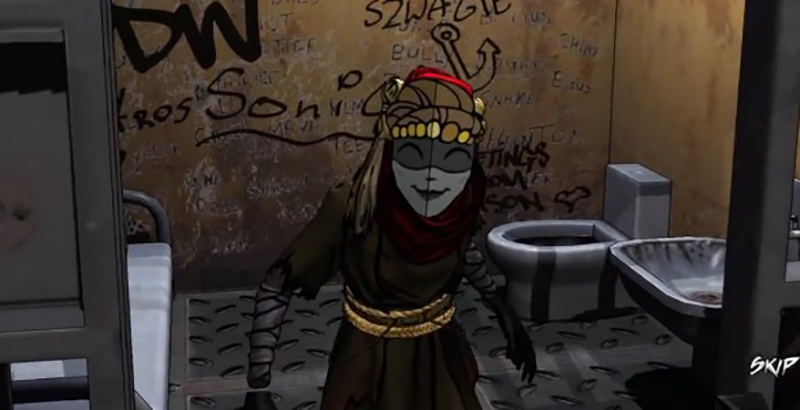 When Bloober Team released their Bomberman-style party game, Basement Crawl, on PS4 in early 2014, it was met with outright hostility. A little more than a year later, the Polish game developers have released BRAWL, which is the same concept with more bells and whistles. While Bloober Team compassionately gave free copies of the game to those who purchased Basement Crawl, the game still doesn’t quite succeed in its overall mission. BRAWL has kept its predecessor’s “creepy toy store” aesthetic alive, and while the graphics have been considerably improved, the overly dark level design makes it difficult to see the gory character design during gameplay. The addition of unique player abilities adds an element of strategy to the bomb-dropping, and a four-player game does have its frenetic moments. The game’s greatest strength is its different game modes. Story Mode lets the player test out each character’s play style, and Color Domination swaps murdering your opponents for conquering the most territory. Despite their creative spin on a video game classic, BRAWL’s choppy and sluggish controls make it difficult to fully enjoy the game’s chaotic, party-friendly potential. –Alex Springer