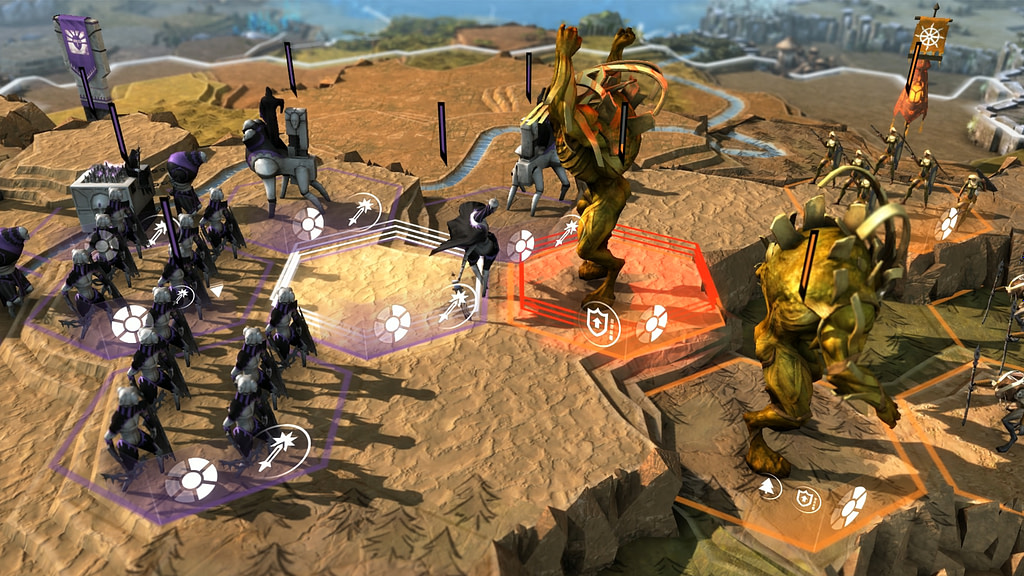 Seeing Amplitude’s ambitious 4x title Endless Legend evolve since its days in early access has been absolutely delightful. It’s a stalwart example of a game that has managed to transcend its genre without being a dick about it. Yes, it’s easy to lump this game into the same shelf as any of the titles in Sid Meier’s Civilization series—I believe I even did so during my first review—but after playing through Shadows, the game’s second DLC, it’s clear that Endless Legend is in a league of its own.

One of the game’s biggest strengths is the playable factions, and Endless Legend: Shadows adds one more to the list. The Forgotten are a race of battle-hardened assassins that have splintered off of their more chaotic cousins in order to establish an empire on the fact of Auriga. Their beautiful unit designs sport coal-black skin covered in stark white tattoos, and specialize in the art of the quick, silent kill. Even at the basic level, the Forgotten combat units are deadly when used strategically. When attacking other factions, it’s important to pay attention to the combat zone’s environment, since areas with shadows and tree cover grant some tasty advantages.

Perhaps the most dangerous new unit is the Myst, which are able to alter their physical forms into a cloud of mist in order to gain combat advantage and avoid damage. The downside of the Forgotten is their resistance to the science resource—as a race that has survived on their own wits, they don’t put much stock in researching new technologies. This hindrance typically puts players on the path to straight up domination, which makes the Forgotten perfect for those who just want to kill everything and everyone that opposes them. Integrating a new faction into a game as complex as Endless Legend could have been a tricky prospect, but the Forgotten’s play style works well with the existing factions. The heavy reliance on stealth is a strength that no other factions possess, and it’s fun to see how those strengths stack up against those of the game’s other unique factions. 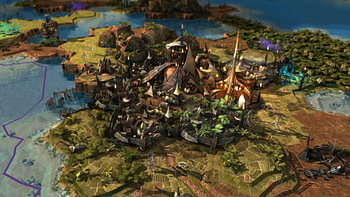 Since the arrival of the Forgotten on Auriga, factions are now able to utilize espionage and counter-espionage as their empires develop. Creating a spy network to see what your enemies are up to and even pillage their resources is a quick and dirty way to keep ahead of your opponents. Spying is always fun, but the ability to poison governors in opposing empires is a special kind of nasty. These abilities are open to all factions, but it’s safe to say that nobody quite nails it like the Forgotten. Their faction comes equipped with a few espionage bonuses, and are also adept at protecting their own cities from the prying eyes of others.

Endless Legend: Shadows isn’t as game-changing as the previous DLC in which players could harness the power of elemental guardians, and the ten dollar price tag might be just barely overpriced for what you get. Incorporating a stealth-heavy faction and adding the espionage aspects do add some positive game changes, however—so it’s worth picking up if you’ve been following the game’s development. For those who are new to Amplitude’s gorgeous art design and intuitive gameplay, Endless Legend is a great place to start.

Its original take on the 4x genre is sure to suck many hours out of your life, but since they’re spent in such a lovely and immersive world, it’s totally worth it. Just be careful when scrolling past that Amplitude Endless Pack—eighty bucks is steep, but you’ll be amazed at how quickly you’ll want to justify that price tag for an excuse to dig further into their strange little universe.