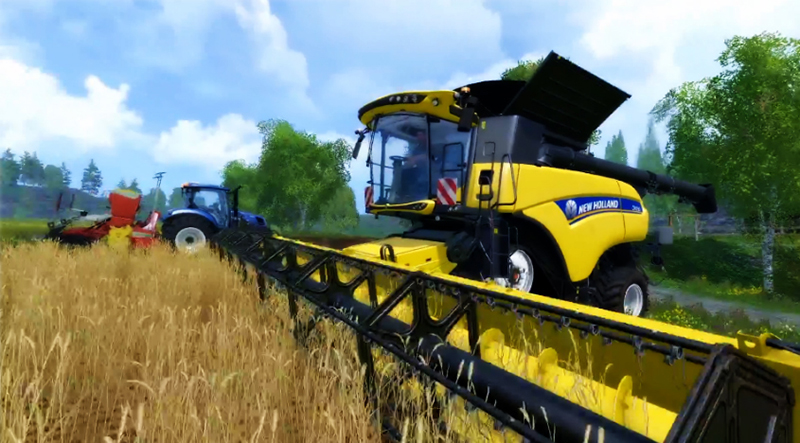 When you load up a game called Farming Simulator, there’s no splitting hairs about what kind of game you’re in for—not that it’s a bad thing. Giants Software has crafted a tight little property with its Farming Simulator games. They’ve developed their niche and have gotten damn good at sticking to their guns. Their latest iteration builds upon their well-established template of managing a new farm, offering players much more in the way of customization and farming options. Since there are so many different tractors that serve unique purposes, I appreciated the ability to use the directional pad to toggle between them. After I was done harvesting a field of wheat, it was nice to switch over to my trailer with the push of a button. With tractors playing such an integral role in the gameplay, vehicular controls need to be a top priority. This is an area in which Farming Simulator really succeeds. Attaching and detaching different machines to tractor is a painless process, and the vehicles handle well once they’re in use. Since this is a game that never leaves the farm, it’s not for everyone—but those wanting something different will find some enjoyment here. –Alex Springer